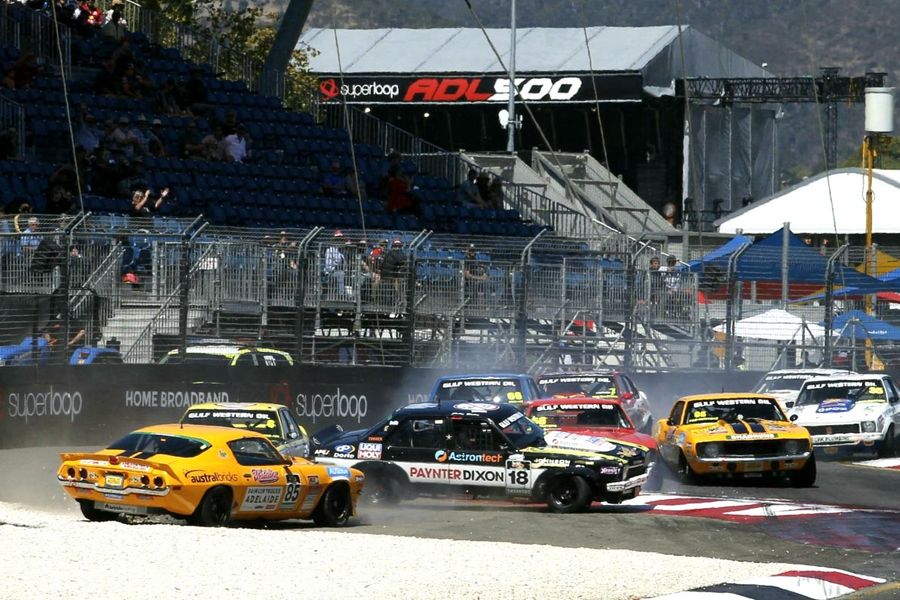 Adam Bressington has launched into the 2020 Gulf Western Oil Touring Car Masters season as the first championship leader, winning a dramatic opening race of the season at the Superloop Adelaide 500. In a case of being in the right place at the right time, Bressington survived chaos at the first corner that eliminated three contenders to record his first race win since the final round of the 2018 season.

It was a timely victory for the New South Wales driver, on the hunt for funding in order to complete the year. The success also came on the on the home circuit of his team, Whiteline Racing – who last recorded a win on the Adelaide streets in 2015.

The 10-lap championship opener started with drama as John Bowe locked up on the run into the first corner, making contact with Adam Garwood who was promptly deposited into the turn one gravel trap from the race lead. Polesitter Ryan Hansford was also involved in the chaos and stuck in the sand, while Ryal Harris also endured damage.

Bowe, who started third, had made a flying start and looked down the inside of Garwood’s Whiteline Camaro at turn one, however was caught on the slippery surface off the racing line, locking both front wheels. The five-time champion apologised on national TV and to Whilteline Racing following the race, series officials penalising him 30 championship points for his role in the incident.

After a lengthy Safety Car repair, Bressington (pictured below), who started fifth, stormed away from Jason Gomersall while Jim Pollicina made it two Torana’s in the top three when he passed Cameron Tilley for third position. Tilley finished fourth and Paul Freestone fifth in the shortened eight-lap affair. 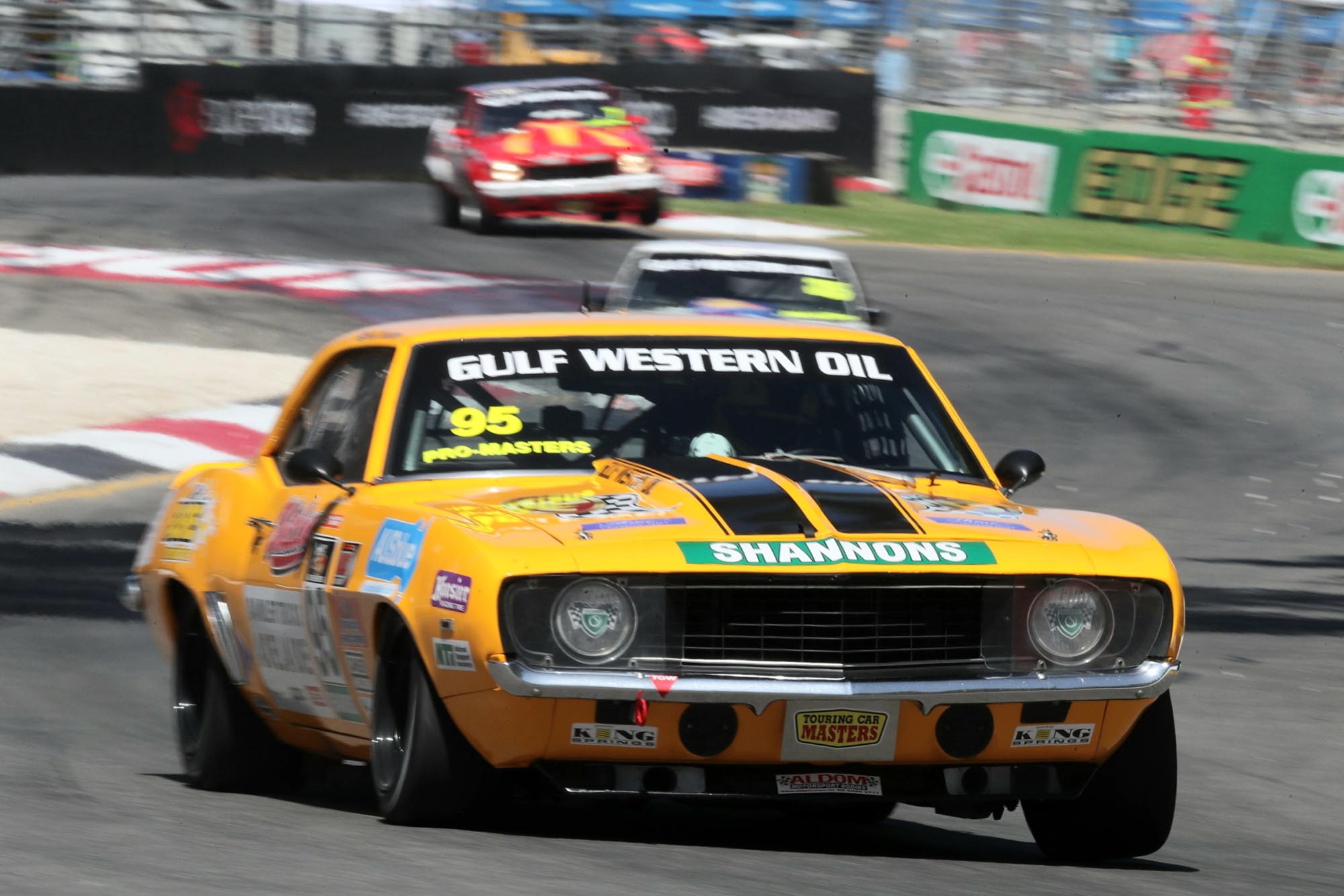 Dean Lillie was sixth, Cameron Mason seventh and Steven Johnson eighth from the back of the field. The top-10 was completed by the recovering Harris and Andrew Fisher.

Earlier, Dean Lille won a stunning Gulf Western Oil Trophy Race, holding out John Bowe in the process. In a thrilling 10-lap dash, Lillie worked his way to the lead early but had to withstand the challenges from Bowe in the race’s final few laps.

Typically, Bowe had stormed through the field and ran inside the top five by mid-race.

After passing Jason Gomersall and Cameron Mason, he slipped past second-placed Jim Pollicina with two laps remining before challenging Pollicina’s teammate, Lillie, for the lead.

Lillie defended hard into the turn nine hairpin and the final corner the pair ran side-by side; Lille fending off his fellow Torana driver by just 0.1 seconds in a thriller.

The second race of the 2020 Championship season commences at 11:20am tomorrow.