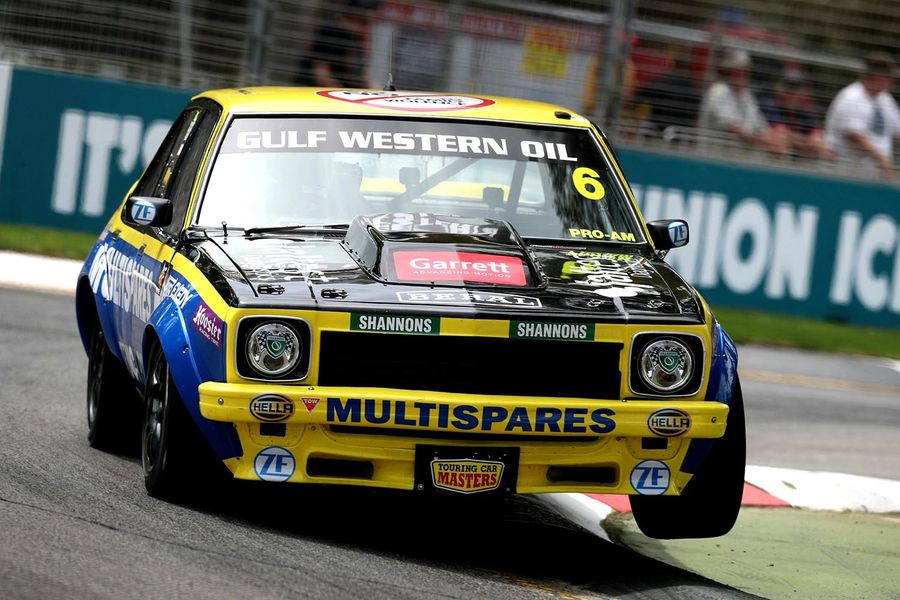 Ryan Hansford has started his 2020 Gulf Western Oil Touring Car Masters attack in the best possible way – securing pole position on the streets of Adelaide. The laconic Queenslander hustled his Multispares Holden Torana around the 3.2km circuit in 1m27.3830 to secure his second career pole position, and first since the 2017 Newcastle season finale.

Hansford’s time was 0.7 seconds beneath the existing qualifying record and was banked under cloudy skies and rare-for-Adelaide cool ambient conditions. Street circuits have been the forte’ of Hansford since joining the TCM series three years ago: both of his pole positions and his sole race victory all coming on temporary circuits.

Second was the 1970 Chevrolet Camaro SS of Tasmanian young-gun Adam Garwood, recording his best ever TCM qualifying performance in the process. Garwood was 0.4 seconds behind Hansford’s flyer and the only other driver beneath Steven Johnson’s existing lap record – giving the locally based Whiteline Racing a strong start in front of their home fans.

Five-time champion John Bowe was third as he begins his quest to notch up his 100th TCM race victory, while Ryal Harris pushed hard to qualify fourth – surviving several lurid moments at turn four to qualify on the second row.

Adam Bressington was fifth, while the remarkable comeback tale of Cameron Tilly continued as the Valliant Pacer qualified sixth.

Badly damaged in a final-round crash at Sandown late last year, a lengthy off-season repair saw the Sydney-based team only finish work on the blue Valliant just prior to departing for Adelaide. The repairs were clearly good – Tilley on top in practice one before matching that time in qualifying to line up on the third row of the grid.

Strong performances from Marcus Zukanovic and Jim Pollicina saw the XD Falcon and Holden Torana qualify seventh and eighth, respectively – Pollicina surviving a gentle brush with the wall at turn eight in the process.

The top-10 was completed by Jason Gomersall and Dean Lillie – both in Torana’s.

It wasn’t all smooth sailing; Jeremy Gray spending time in pit lane in his Ford Capri Perana with a fan belt issue.

Gerard McLeod qualified his brand-new Commodore 4th on debut, the car literally turning a wheel for the first time on Thursday morning in the opening practice session. 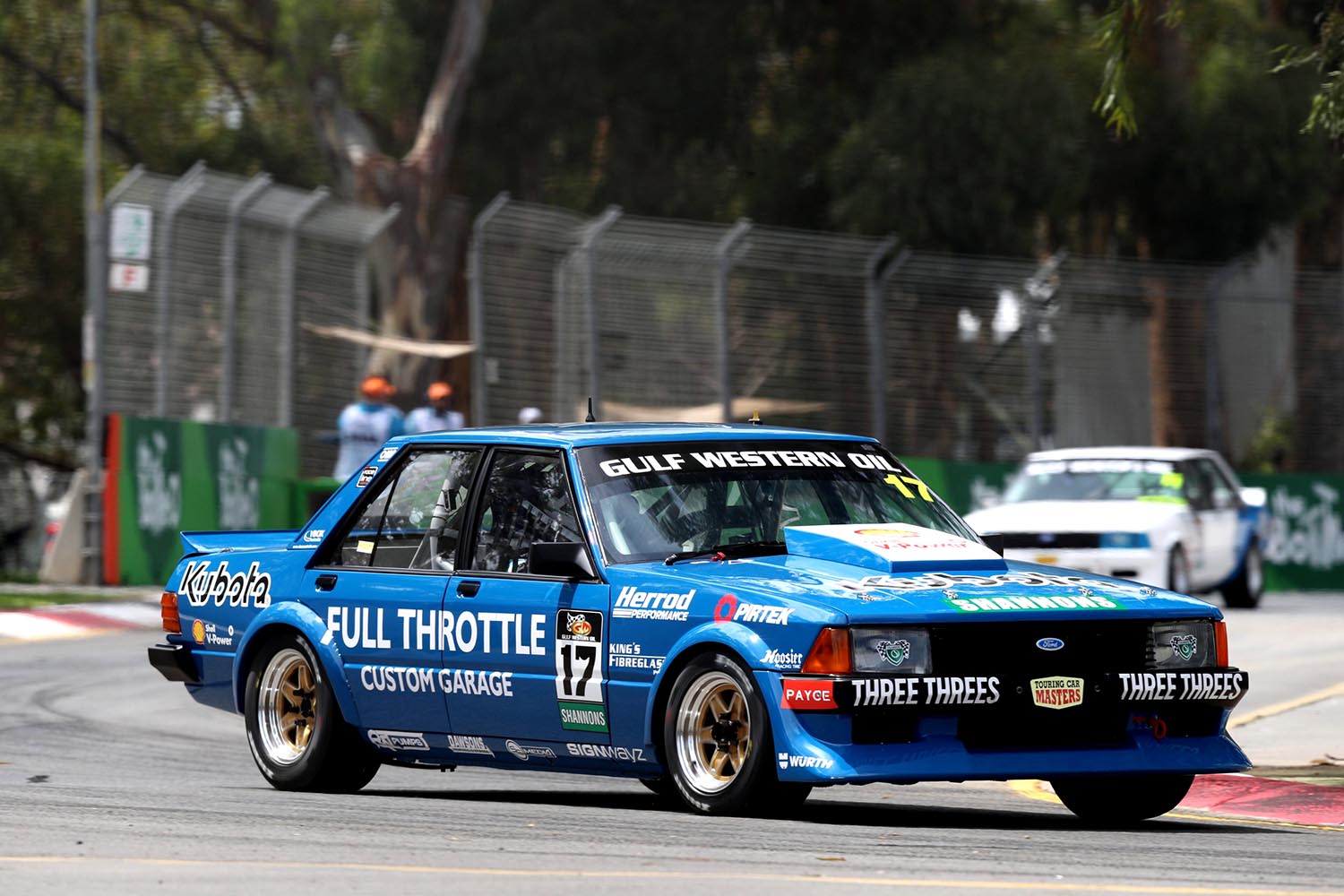 The high-profile Team Johnson Falcon XD completed just three laps before retiring to pit lane, the reigning TCM champion reporting differential issues after climbing from the car. The team will rectify the issue overnight with a view to starting from the rear of the grid in race one.

Racing commences tomorrow morning with the TCM trophy race, the top half of the field to be reversed and sent to the back of the field in the traditional jumbled-grid affair. 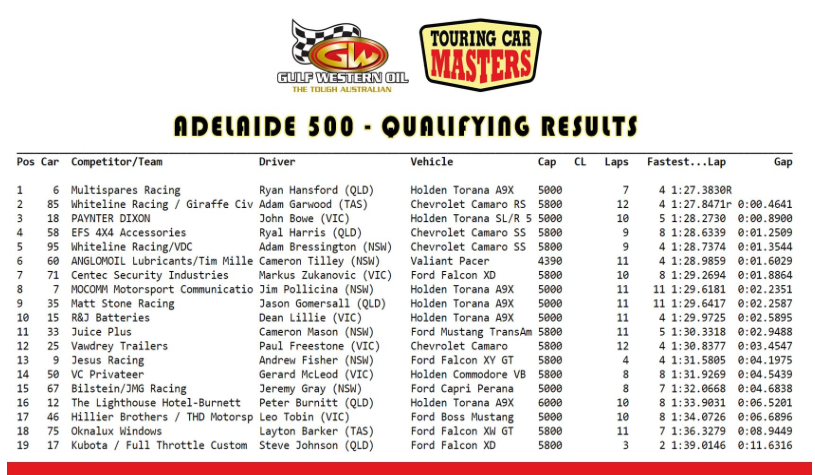