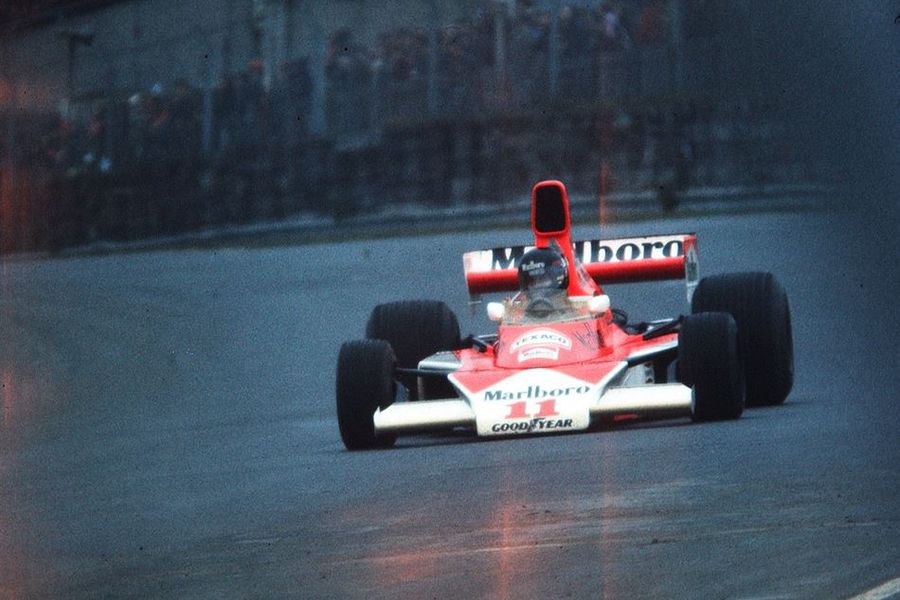 While Formula One fans are currently missing their fix of Grand Prix racing, it is worth considering that for many years there were three Formula One races in Great Britain that would attract the major teams and their star drivers, with the Race of Champions at Brands Hatch and the International Trophy at Silverstone firm fixtures on the calendar as in addition to the British Grand Prix.

The third Formula One race of the famous 1976 season was the non-championship Race of Champions at Brands Hatch on Sunday March 14th - in the days when Formula One teams contested races outside the World Championship - and James Hunt took his first win for his new McLaren team to prove that Niki Lauda and Ferrari were not unbeatable , the Austrian retiring with brake issues after 17 of the 40-laps. Lauda had won the opening two races of the year in Brazil and South Africa to have a healthy lead in the World Championship points, but at Brands Hatch Hunt and McLaren had their first taste of success in what was to be one of the most oft-discussed Formula One seasons ever, and the subject of the Hollywood Movie Rush.

Saturday's practice sessions were on a revised Brands Hatch circuit, the Grand Prix loop marginally shorter at 2.61-miles, with Bottom Straight now actually a straight and moved back towards the South Bank, making the left-hander onto the GP loop tighter and more uphill. Paddock Hill Bend was also reprofiled, becoming tighter but with some of the original tarmac still available as a run-off area for any driver going wide.

Each of the regular Formula One entrants was invited to bring along one car, with the odd exception of Lotus, who were having a troubled start to 1976, and had 77s for both Gunnar Nilsson and Bob Evans. Lauda was out in a revised Ferrari 312, with new bodywork that featured flush air intakes in the cockpit sides, tall air boxes soon to be banned, though the new Lotuses proudly featured air boxes on their all in one bodywork.

Alan Jones was out in a new Surtess TS19, the car only finished on Saturday morning after the team worked through the night, and Jones rewarded their efforts with praise for his new mount. An entry of note was the second Ferrari on the timesheets, a 1974 312 run by Scuderia Minardi, though entered under the name ‘Scuderia Everest’, the team aiming to give Italian racers a taste of Formula One, with Giancarlo Martini in the car at Brands.

It didn’t seem a good weekend for Britons with Cosworth engines, both Hunt and Tom Pryce suffering issues, but the pair were in the fortunate position of having spare cars to hand, Hunt more than once returning to the pits under his own power for a different M23. Pryce had a pair of Shadow DN5s to choose from, and used both as he readied himself to follow up his Race of Champions win of the previous year.

Star of qualifying was Jody Scheckter, who took his Tyrrell round a full two seconds quicker than the rest. Lauda was next up in his revised Ferrari, while Nilsson gave Lotus something to smile about with third quickest. Fourth was Jackie Ickx in a Williams run Hesketh 308C, just heading the troubled Hunt and Jones in the new Surtees. Vittorio Brambilla was to start his March from the back off the grid after damaging it early in the day.

A warm-up session on Sunday morning saw Martini damage his Ferrari thanks to an impact with one of Brands Hatch’s banks and thus he missed out on his Formula One debut, while both Nilsson and Carlos Pace suffering engine issues, the latter stopping his Alfa Romeo-engined Brabham out on the circuit.

A jump-start from Nilsson, which cost him a time penalty, saw him lead initially, but it was Jones who was the man on the move and it was his Surtees at the head of the pack at the end of the first lap. Scheckter went past the Australian on lap two only to then understeer off and be another to find a solid bank, putting Jones back ahead with Hunt second from Nilsson, Lauda, John Watson’s Penske, Evans and Brambilla, the latter have blasted through to seventh from 15th in just two laps – though then another to been adjudged to have jumped the start and get a one-minute penalty. 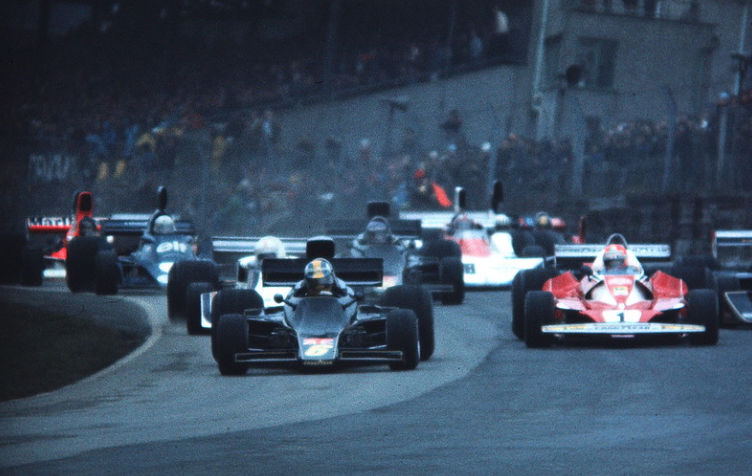 Hunt was looking for a way past Jones but the leader was clean and quick in his Surtees, and soon the McLaren had Lauda and Watson right with him, Nilsson falling away as the engine fitted after his Sunday morning issues started to misfire. Watson went off on lap 12 and then the first chink of the season in Ferrari’s armour came on lap 17 as Lauda cruised into the pits with a brake problem, Howard Ertel retiring his Hesketh on the same lap.

That left the two leaders running clear of the remaining runners, and on lap 20 Hunt got inside Jones as they went into the new tighter left-hander at the end of Bottom Straight, both braking very late but Hunt just gathering things up sooner and emerging ahead. Hunt eased away over the remaining 20-laps, Jones and Surtees happy with second and proof that their new car, which they had sacrificed the 1975 season to work on, was on the race pace.

Ickx took third for Frank William, while Evans fell out of fourth with just three laps to go with a fuel problem. That saw Brambilla’s March classified fourth despite the 60-second penalty, though even without that he would not have challenged Ickx. Just the four cars finished on the lead lap, Chris Amon fifth in his Ensign with Pryce sixth, his race hobbled by engine issues and a misfire. Patrick Néve was seventh in a his Brabham, with Nilsson classified eighth despite pitting with two laps to go, with more engine problems.

Jones had served notice of his ability, the young Australian holding off Hunt for the first part of the race, while for McLaren it showed their new driver was a winner and that the ‘old’ M23 still had the pace.