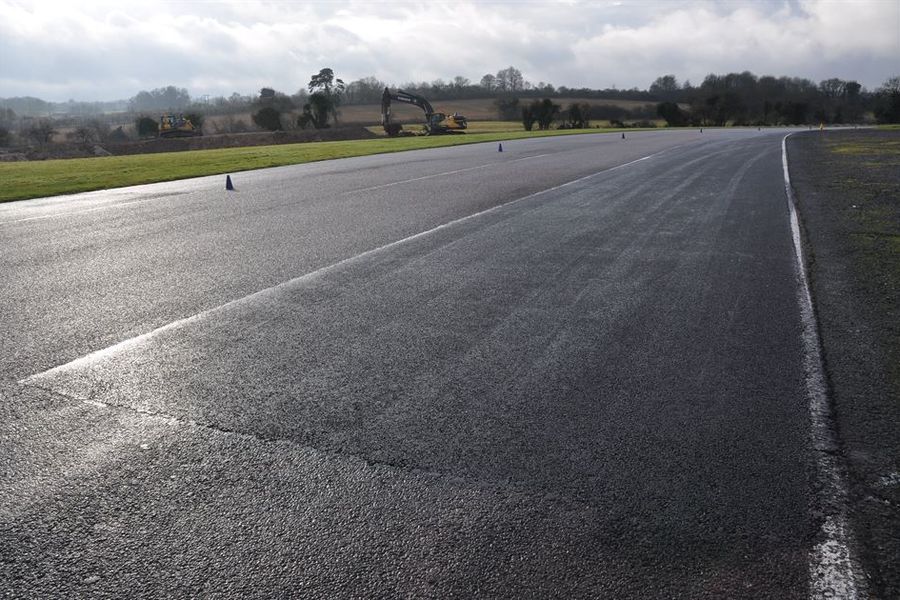 Work is progressing apace to enhance Church Corner at Thruxton, with what is widely regarded as one of the most demanding challenges in British motor sport set to be made safer than ever without sacrificing any of its unique appeal. The high-speed corner has been a feature of the circuit since its first race action back in the 1960s and continues to provide a challenge to drivers at all levels of motorsport.
Following three accidents at Church during Thruxton’s BTCC meeting in 2014 – resulting in no injuries – investigations were instigated into means of improving the safety of the legendary corner.
After consulting with the various licensing authorities and the circuit’s landlord, planning permission was quickly sought – although environmental considerations meant approval was not gained until August 2016, with work beginning two months later as the initial phase of a two-stage process. This entails filling in an area of ground where there is a significant dip, which will result in the run-off being raised by 2.5 degrees.
Thruxton’s traditional pre-season February test has been moved to 20/21 April this year – a TOCA exclusive on 20 April, with the track opened up to general running for half-a-day on 21 April – to allow for an extra two months’ work to be carried out on the Church improvements. Phase two – which remains subject to additional planning permission – is scheduled for the 2017/18 off-season, to extend the run-off by a further 20 metres beyond the current Armco line.
“It is a massive undertaking and a work in progress, but that progress is now coming thick-and fast and we are confident that all necessary approvals for the second phase will be granted,” reveals Thruxton Group Managing Director and historic racer Bill Coombs.
“We made it very clear when initial discussions took place that nobody had any desire to alter the corner or dilute the challenge of Church, but at the same time, it was evident that we needed to do some work on the run-off area and barriers at the critical point where those three drivers went off.
“I must stress that all three were unusual accidents in that it is not somewhere that competitors frequently leave the track, and there has never been any issue with the licensing authorities regarding Church – the changes are entirely voluntary and we have liaised closely with the FIA, MSA, MCRCB and ACU throughout.
“It is a huge project, but the bottom line is that once the work is complete, Church will still be the same corner and the same phenomenal experience for both drivers and riders – on a personal level, I’ve driven through there in my old Tyrrell at 155mph, and I would never want to change it.
“Church is such an iconic name in British motor sport and that will continue to be the case. We have preserved its unique DNA while making it even safer than it already was – and that can only be good news for competitors, marshals and spectators alike.”
Church Corner Thruxton