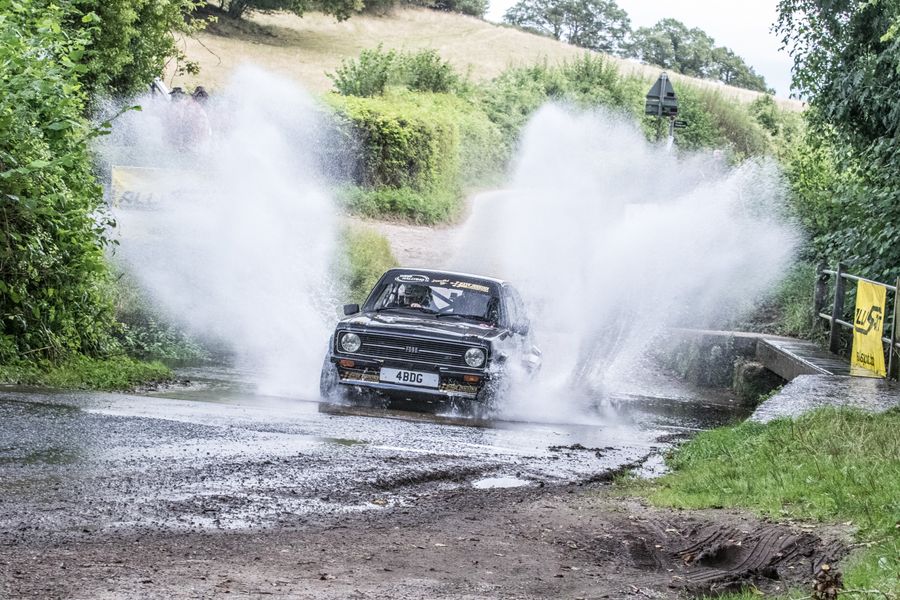 Allingham will be joined by Ross Weir in the co-drivers seat as the duo aim to add the prestigious British title to their impressive list of accolades between them. The pairing will be going head to head with some of the fastest historic crews in the UK in the new-look eight-round series.

Despite kicking off his career in a Ford Escort, Allingham is perhaps best known for his exploits in a Subaru Impreza, securing the Welsh titles in 2010, 2011, 2014. Sporadic outings in 2015 and just one in 2018 would see him all but vanish from the forests, before landing back on the scene last season in the HJ Weir and WeCoteC Laundry Equipment backed Escort.

Although it would be the first time he had driven a full Historic specification machine, five starts in 2019 would be rewarded with five class wins, including the Rally Barbados and Flow King of the Hill class titles. After admiring the BHRC for some time, the stars have aligned for the Cheshire pilot and will launch his campaign on the opening round in March, Rally North Wales.

“I have always kept an eye on the BHRC and always fancied a go at it, so to be able to compete at this level with Ross Weir beside me calling the notes is a real opportunity and I cannot thank Rob and Ross Weir enough,” says Allingham.

“Weir Rallying UK decided to choose the BHRC in 2020 thanks to our success on a handful of events last year which were mainly Tarmac with one gravel event. Our first Historic and 15th overall in Barbados was going to be hard to beat, so we thought we would try a full championship for this year’s challenge. The BHRC offers a challenging mixture of both gravel and Tarmac so it seemed the obvious choice”.

The series sees an increase to eight rounds in 2020, thanks to the addition of the Jim Clark Rally in May to the calendar. Rally North Wales houses the traditional gravel opener before the Kielder Forest Rally in April. The Red Kite Stages in June keep the gravel theme in South Wales before the Harry Flatters and Ulster Rally switch the focus back to asphalt. The Trackrod Rally hosts the penultimate round with the Carlisle Stages rounding off the series after its move to October.

Whilst Allingham isn't the most experienced of the expected front-running historic crews, he is looking forward to the challenge ahead of him this season.

“I did start my career in an Escort, a beige MkII with a Black Vinyl roof” he continues. “I was only 17 then and built my experience of rear-wheel drive, which is where my heart lies to be honest”.

“I eventually upgraded to a Subaru Impreza where most of my success and number of Welsh National Championship titles came, along with a good few overall wins on national gravel events. Now back in an Escort, of course the difference from four-wheel-drive is massive, but by no means a disadvantage. I think the results of 2019 speak for themselves as regards to if I have settled back into rear-wheel-drive alright. I'd never really competed on asphalt prior to 2019 and have really enjoyed the success we have had this year on the sealed stuff”.

As for his chances, Allingham will have his sights set high in the Dave Jenkins Motorsport prepared example.

“I would hope to be one of the "unknowns" that will take people by surprise this season. However, Ross and I will certainly be there to aim for podiums, we don't intend on making the numbers up. It’s a long championship and won't all be won on one round”.