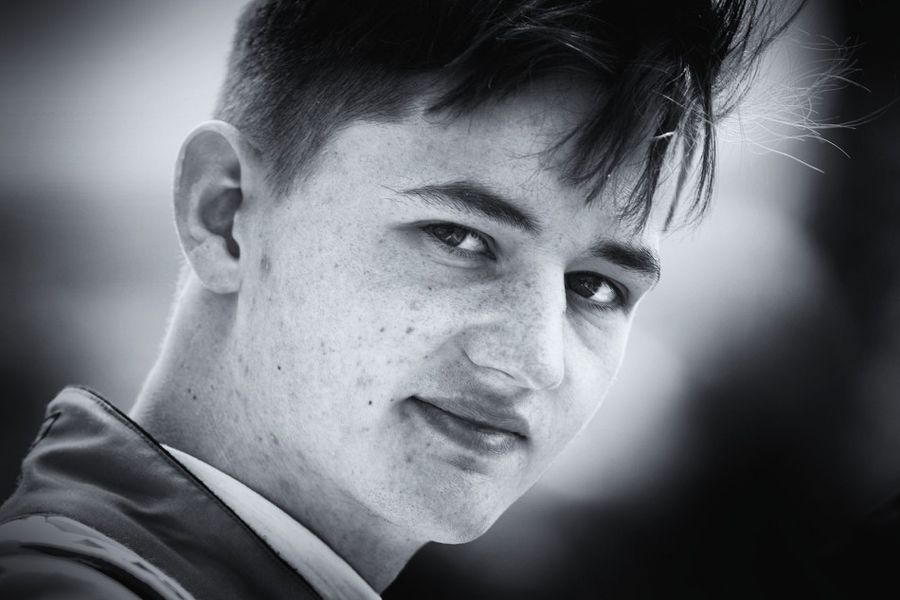 Young Danish driver Christian Stubbe Olsen is the reigning FIA Historic Formula 3 European Cup champion after winning both races at Zandvoort in 2018 and is returning to defend his title in his Class 2 1983 Martini MK39.

During the 2018 event his engine failed during qualifying and father Tom, who also races a Martini Mk39, gave his engine to Christian so he could compete in the two races. The son repaid his father’s faith by taking the inaugural FIA title.

During the past two seasons Christian has dovetailed his historic racing with modern prototype endurance racing, competing in the LMP3 class of the European Le Mans Series and the Michelin Le Mans Cup with British team RLR MSport.

Now the Dane is heading back to Zandvoort this weekend to defend his title against a bumper field of historic F3 cars for the 2019 FIA Historic Formula 3 European Cup. Christian Olsen will be the driver to beat after taking a clean sweep of pole position, two race wins and fastest lap in each race last year.

We caught up with Christian at Silverstone during the ELMS race weekend to find out his thoughts on last year’s race and the 2019 event at Zandvoort.

Q: The 2018 race at Zandvoort was an eventful event for you.  What happened with your engine?

Christian Olsen: “On the second or third lap of qualifying I lost all power and there was oil everywhere. It turned out the head gasket had blown, so that engine was done for the weekend. I still managed to qualify on pole, even though I only got two timed laps in, which was quite satisfying.

“I thought I was out for the weekend but my father took the decision to stand down and give me his engine. Because I had to compete in my chassis the team had to do an engine change, so they were up all night. Kudos to the team as there were only three of them.

“I started on pole; standing starts in these cars are difficult, so in both races I lost a position, but I kept it cool, kept my head down and make the overtake for the lead. I then just drove it home with fastest lap in each race.”

Q: There are 32 entries for the 2019 race, who do you see as your main challengers for the title?

CO: “I don’t really know. I keep checking the entry list to see who is on there but my main opponents that I have been racing against this year aren’t on it. But there are a lot of names that could potentially be a strong challenger, some of whom could have been driving these cars for the last 20 years. I never underestimate my opponents. We will see during the first session at Zandvoort.”

CO: “My car originally competed in the French F3 Championship driven by Patrick Gonin. We also have the sister car which my father drives, which we actually found out was the sister car that drove with my chassis back then. It’s quite a funny story how they spent so many years apart and have been reunited. We have chosen to run the two cars in the original livery.”

Q: How do you compare racing a historic single seater and an ultra-modern Le Mans Prototype?

CO: “The historic cars have no driver assistance and they hardly have any aero, even though they have front and rear wings. You have an H pattern gearbox, so when you are going into a fast corner you’ve got your feet on all three pedals, one hand on the steering wheel and one on the gear stick.

“The level of car control required to drive these things at the limit is great practice for anything else you end up driving. However, you can’t push them as hard as a modern car as they are not as strong, and it is only an aluminium monocoque. It’s certainly not as sturdy if you happen to have an incident. A lot of the time I have to nurse the car in the latter part of the race because I have pushed too hard. They are a lot of fun to drive and the way we have got the car set up now really suits my driving style.”

Q: What are your favourite parts of the Zandvoort track?

CO: “I think the track is really great fun, it’s up and down and has a lot of interesting corners that you don’t really find anywhere else. I like the fact it is a very old school style circuit where you have fat kerbs and just gravel or grass.  It really doesn’t allow for any mistakes if you are at the limit.  It’s a very technical circuit, especially in the historic cars, so it’s great to hone your driving skills around there.”

The 2019 FIA Historic Formula 3 European Cup takes place at Zandvoort on the 6th-8th September with free practice and qualifying on Friday 6 September followed by race one on Saturday and race two on Sunday.