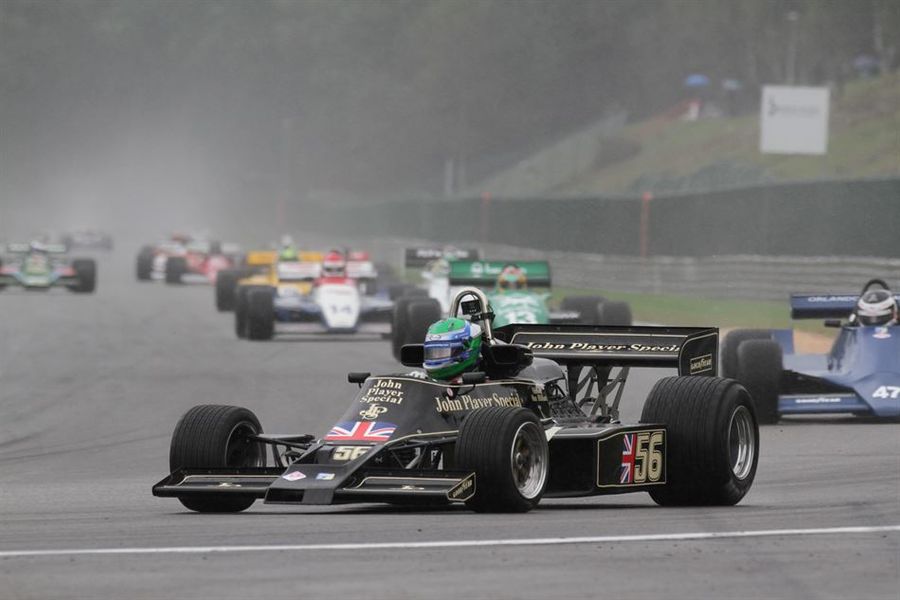 Superb grids and evocative cars made for a thrilling FIA Masters Historic Formula One Championship season in which Nick Padmore took four class wins in his Lotus 77 to win the championship. Dramas prevented Jason Wright’s Shadow DN8 from racing in the second event at Dijon and hence the Italy-based American ended his season seven points behind Nick, after two Fittipaldi class wins at Brands Hatch and Monza, while Michael Lyons crammed Masters events into his busy calendar of modern GT racing and bagged three Pre-78 wins in his Hesketh 308E to take third in the Pre-78 division.

The Post-78 section of the FIA Masters Historic Formula One Championship developed into a battle of Tyrrells, the 010 of Loic Deman and the 011 of Andy Wolfe, both drivers new to the championship in 2015. Deman’s Candy-liveried ex-Didier Pironi Tyrrell took five wins to the four of Wolfe’s Benetton-liveried ex-Michele Alboreto chassis, but it was Wolfe who just grabbed the crown by a solitary point from Deman. Former champion Richard Barber (Williams FW08C) bagged a class win on his way to third place in the championship.

Cars of all shapes and sizes graced the FIA Masters Historic Sports Car Championship grids, with the traditional duels between the big-bangers and the smaller-engined sports-racing cars. After narrowly missing out on the 2014 crown, Andy Newall made sure of title success this year as he guided the JCB Chevron B8 to six class wins and a margin of 11 points to secure the championship victory. Newall’s runner-up was Jason Wright whose Lola T70 Mk3B had lots of class opposition to overcome, but the ever-quickening Wright took two class wins and was a regular front-runner, scoring well to win the Rodriguez class. Andy Wolfe and Michael Gans shared a Lola T290 but Andy drove solo in one race at hence was a point ahead of Michael for fourth, while the successful partnership of Keith Ahlers and Billy Bellinger took sixth overall and the Pre-66 section in Keith’s Cooper Monaco.

Keith Ahlers/Billy Bellinger added to their 2015 successes by winning the Gentlemen Drivers Pre-66 GT Championship, their giant-killing Morgan Plus 4 SLR taking four class wins and the overall crown by nine points. Mark Martin was a class winner in his Lotus Elan and bagged second overall, ahead of Ron Maydon/James Hagan (Ginetta G4), while Andy Wolfe/Michael Gans teamed up to hustle their AC Cobra to fourth overall.