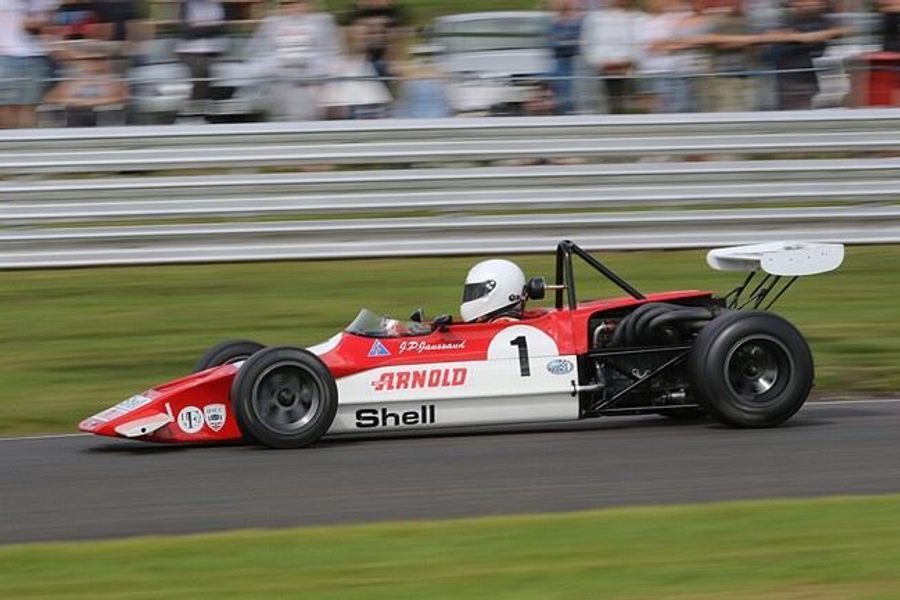 Frenchman Robert Simac has extended his winning sequence in the HSCC Historic Formula 2 FIA-sanctioned International Series to five seasons after being confirmed as winner of the Jochen Rindt Trophy for 1600cc cars. Simac’s ex-Jean-Pierre Jaussaud March 712 cannot be beaten over the final two races next month at his home track of Dijon. He did enough at the recent Oulton Park Gold Cup to claim his fifth straight crown.

“It has been a very good year for me but not the same as all the other years because I had several problems at every race and usually I have not had such problems,” said Simac who recently retired from working. “So this year I had to work a little bit and I think the competition was better than before, or maybe I was slower than before! It has absolutely been another great year of Historic F2 with all the other drivers and nice cars. We are like a circus going from one track to another. It is fantastic.”

Simac said that the races at Oulton Park were a great addition to the calendar. “It was my first time at Oulton Park and it is a fantastic circuit. It could be the best circuit I have raced on. I would like to know the track a little bit better because you can be really fast on such a circuit but you need some experience. I would like to be as quick as Darwin Smith! That’s a dream I have…”

Robert plans to defend his title next season but has shelved plans to move up to a two-litre car. “I will return again next year. At first I thought I would try to sell my car and maybe buy a two-litre car. But the March is in my heart so it would be very, very difficult to sell it.”

The remaining three titles will only be decided during the final race weekend of the season at Dijon (7th/8th October). In the Gilles Villeneuve Trophy for 1600cc Formula B and Formula Atlantic cars, Frenchman Olivier Huez (March 722) has a handy lead, while Stephen Weller (Elfin 600B) looks set to clinch the Jim Clark Trophy for the early non-winged F2, Formula B and Formula Atlantic cars. However, the contest for the Bruno Giacomelli Trophy for two-litre F2 cars from up to 1978 remains very open and as many as six drivers still have a chance of taking the trophy. The current points’ leader is Richard Evans in his March 742.

The HSCC Historic Formula 2 International Series is open to single-seater racing cars built to the appropriate Formula 2, Formula B and Formula Atlantic regulations between 1st January 1967 and 31st December 1978, running to their original specification and using components of a type used in period.

Work on finalising the HSCC Historic Formula 2 dates for 2018 is well advanced and the full calendar will be announced shortly.