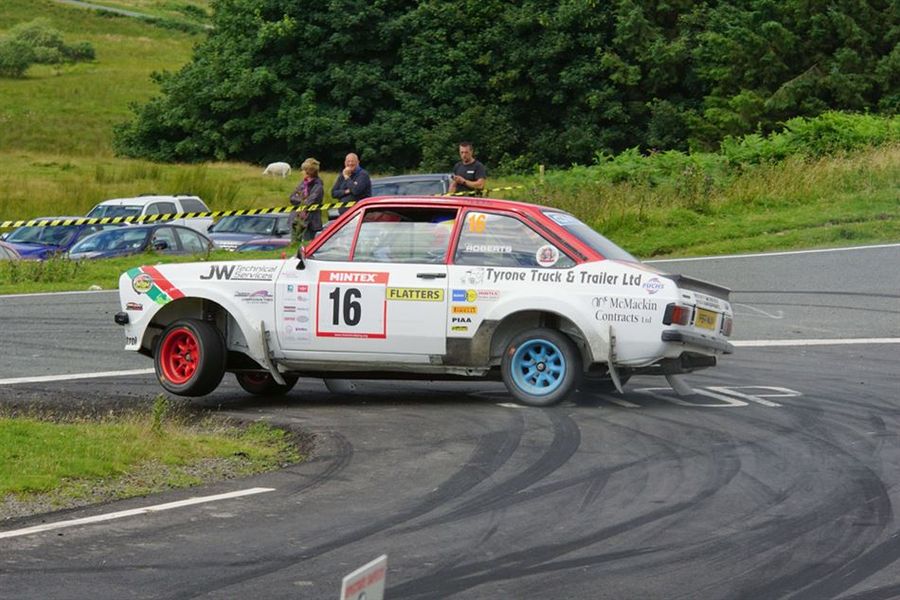 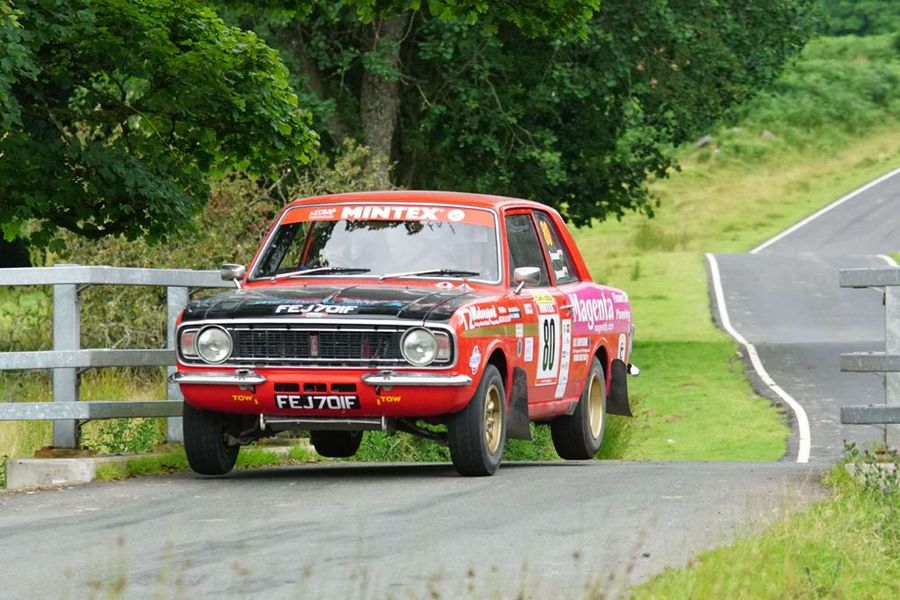 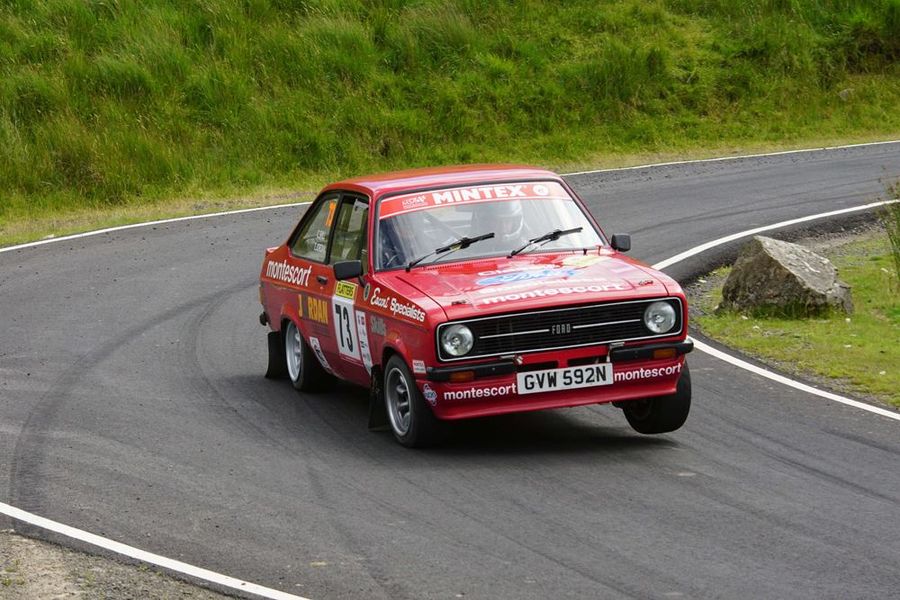 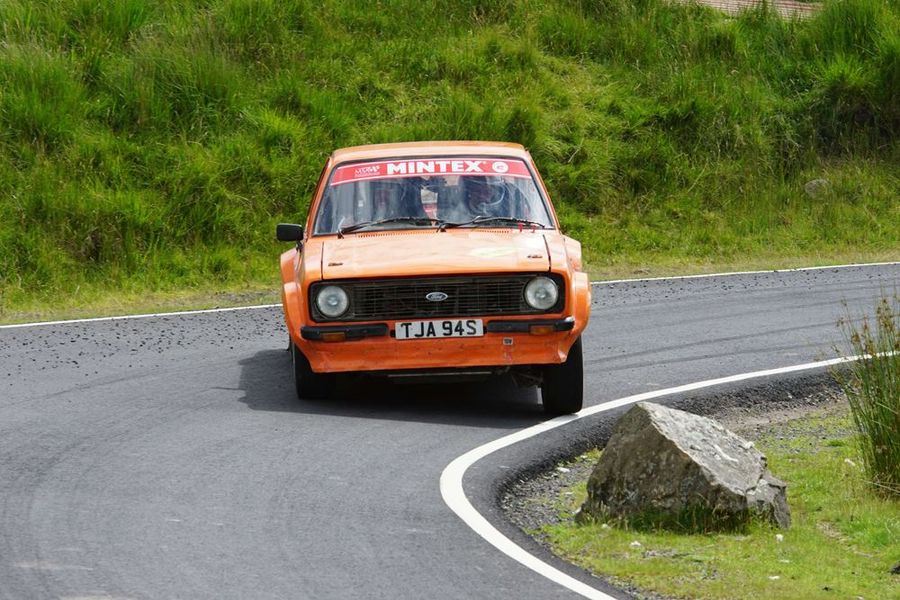 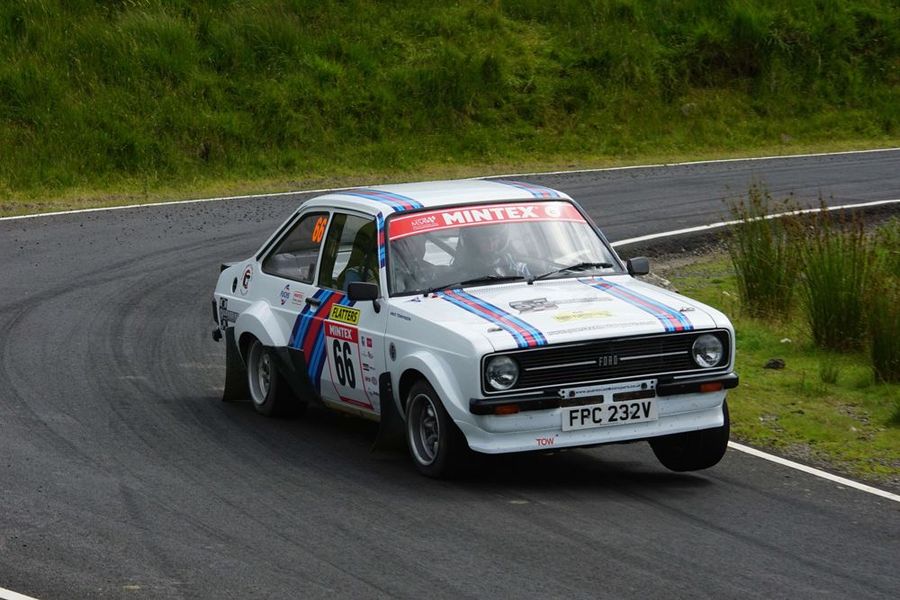 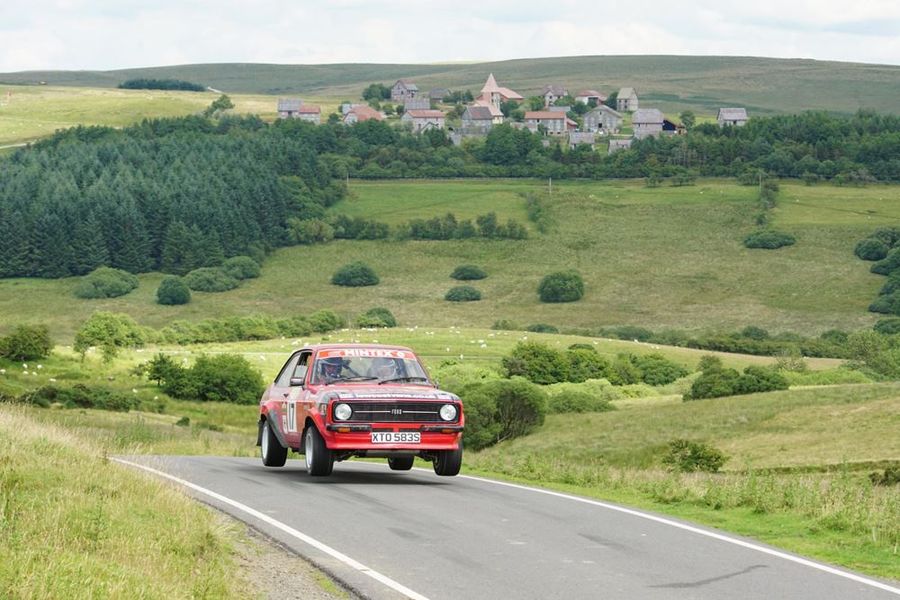 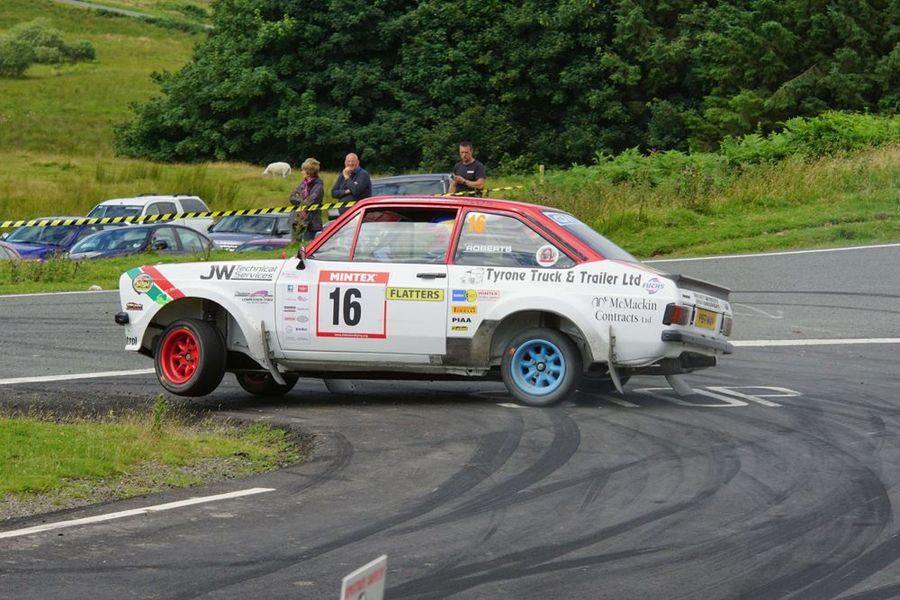 Click on the Gallery tab for pictures form the stages courtesy of Paul Lawrence.
While some of their more fancied rivals fell by the wayside, Neil Williams and Peter James took an impressive maximum score on the Harry Flatters Historic Rally (Sunday 31st of July), the fifth round of the 2016 Mintex MSA British Historic Rally Championship.
Tyres seemed to be an issue on the opening stage over the Epynt ranges. Jason Pritchard/Phil Clarke may have taken a 14 seconds lead over Williams in a similar Appendix K Escort Mk2, but Pritchard felt it could have been better. “It was okay but the tyres were too soft,” he said. Williams agreed: “The rear end was getting loose,” he said, despite having 13 seconds in hand over championship leaders and Severn Valley winners Paul Barrett and Dai Roberts (Ford Escort Mk2 Pinto). It was Barrett’s first time at Epynt: “It was all a bit new, I have some asphalt experience but not a lot,” he explained. Pirelli Historic Rally winners Joe Price and Chris Brooks struggled however. “We had a gear selection problem and couldn’t solve it,” said Price.
Pritchard had started the second stage with added confidence in the Holton Homes Category K for cars running to FIA regulations. “The harder tyres made it much better, we were going really well and then the engine let go,” he explained. Pritchard’s third retirement on the run left Williams with over a minute’s lead from Category 2 leaders Simon Tysoe and Paul Morris (Ford Escort Mk1). “I needed to be braver, but became smoother and didn’t give the car such a hard time,” said Tysoe on what would prove to be another very impressive performance.
Williams continued to build on his lead during the rest of the day to win by well over two minutes. But it was Barrett who upped his pace and clinched second overall and another class D3 victory in the RSR Historic Engineering Category 3. “Pinto power wasn’t enough here, but it feels good that I have actually done it now. I would have been happy in the top five, so second is a bonus and I will be back here next year with more power,” said the BHRC points’ leader.
Third overall was Tysoe who had been disappointed not to have a duel with Stanley Orr/Guy Weaver (Escort Mk1 Pinto) for the Category 2 honours, after Orr’s Escort Mk1 went out with an electrical problem on the first stage. “I did push harder towards the end, but Epynt is such an awesome place,” said Tysoe.
After a spin on the opening stage Daniel Jones/Gerwyn Barry (Ford Escort Mk2) gradually worked up fourth overall and won class D5 on their return to competition, while Terry Brown and Den Golding retired their Escort. “We lost the rear brakes on stage two and then fifth gear,” Brown said shortly before leaving the fray. Rudi Lancaster and Kenny Owen spent most of the day ‘red lining it’, after the wrong diff left them running out of revs on their way to fifth.
Malcom Rich/Ryland James completed the top six and took second in class behind Williams in Category K. “It was my first time with the Escort on asphalt and my first time with a car on racers for 24 years,” Rich explained.
Having started the day as a possible winner Price finally finished third in class. “First the gears and then we had to stop and replace a plug lead on stage two, so it was third stage before we had a clear run,” he said. Chris Skill and Tom Jordan were also class winners with their class D2 Escort Mk2 after another giant-killing performance pushed the 1600cc car up into the top 10 overall.
In the Capital Construction Category 2 Tysoe went clear and with Orr and Phil Jobson/Arwel Jenkins out early on, from Ian Drummond/Hu Kent (Class C3) headed Malcolm Bayliss/Siobhan Pugh ( Class C2). “It was nice to be back but we had a nasty two wheeled moment over a hump bridge, which may not have turned out well,” said Drummond.
Paul Mankin and Desmond Bell were the top seeds in the Vintage Car Radiator Company Category 1 but spent all day coping with fumes in their Porsche 911, which was back out on the stages after a lengthy sabbatical. “I don’t know if it was fuel or oil but we had to stop for a breather,” said Mankin.
Bob Bean and Malcolm Smithson (Lotus Cortina) went out on the first stage which left local experts Bob and Dale Gibbons (Cortina MK2 GT) with a day-long lead. “Apart from the front tyres on the first stage we never had a problem,” said Gibbons senior.
Philip Harris and Graham Wild (Mini Cooper) arrived at the finish of stage one in a cloud of oil smoke and went no further, which left Mankin second and Bob Seager/Simon Hannam (MG Midget) third in Category 1 on their first visit to Epynt.
The SGC Printing Harry Flatters Rally was organised by Brecon Motor Club.
Epynt ranges Paul Lawrence Harry Flatters Historic Rally Gallery Neil Williams Peter James 2016 Mintex MSA British Historic Rally Championship