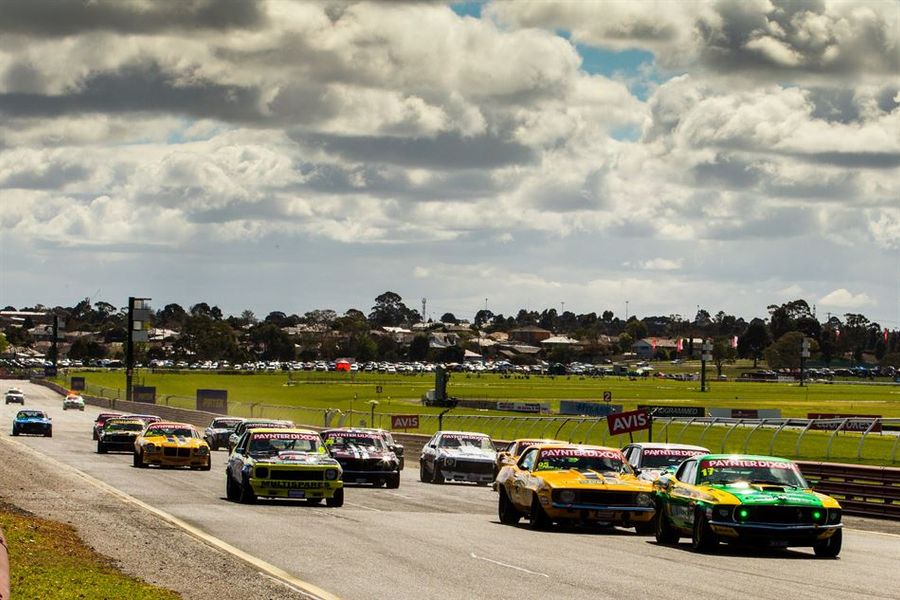 Two wins at Sandown have delivered the Paynter Dixon Touring Car Masters series lead to Steven Johnson as the series begins a countdown to their annual visit to Mount Panorama. The Team Johnson Ford Mustang driver now leads former series leader John Bowe by 55-points ahead of the final two rounds of the series, the latter executed a typically strong recovery after spinning out of the first race and failing to finish.

Johnson led from lights-to-flag in Sunday’s 18th race of the championship, building an early lead and then managing his margin over the 10-lap duration. The Mustang’s early lead was aided by contact at turn one between Jason Gomersall and Adam Bressington, the pair spinning out of second and third moments after the start of the race. That elevated Ryan Hansford to second and Tony Karanfilovski to third at the end of the opening lap.

Bowe’s charge saw him 11th by the end of the first lap and sixth by half-race distance, quickly closing on an intense battle for the final step on the podium between Hansford, Paul Freestone and Karanfilovski. As Freestone passed Hansford for second on lap six, Bowe moved to fifth and closed further on the leading group, passing Karanfilovski on the next lap. He got to the back of Hansford on lap nine and passed the fellow Torana driver into the final corner, but was unable to get past Freestone on the final lap – settling for third.

The race included a wild moment for Aaron McGill, who survived a wild spin at turn eight and nine when his power steering failed. His Falcon speared across the circuit however fortunately just glanced the wall, avoiding major damage.

The series continues at Mount Panorama in three weeks time.