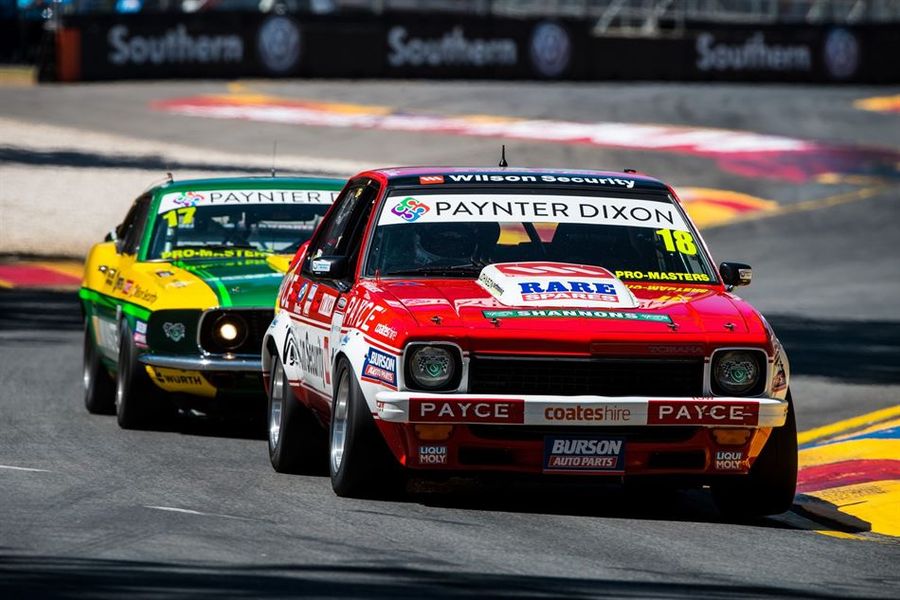 A Painter Dixon Touring Car Masters classic has gone the way of John Bowe today at the Adelaide 500. The Wilson Security / PAYCE Holden Torana driver started from second and trailed race one winner Steve Johnson into the first corner of today’s 10-lap dash – but applied the pressure from the early stages.

After trailing Johnson’s Mustang for the first half of the race, Bowe pounced on lap five with a bold move down the inside of the turn nine hairpin to take the lead. He would only hold it for two laps, however, with Johnson capitalising on a great run out of turn seven to pass the Torana in a straight line before the pair reached turn eight on lap seven. And if fans thought the battle was over they were mistaken – Bowe pouncing one lap later to re-take the lead; once again at the turn nine hairpin.

He remained there until the end to record his first victory of the season and square the ledger with last year’s champion. It means the round will go down to the wire tomorrow morning with Johnson holding a narrow points margin over Bowe thanks to his pole position bonus points scored on Thursday. 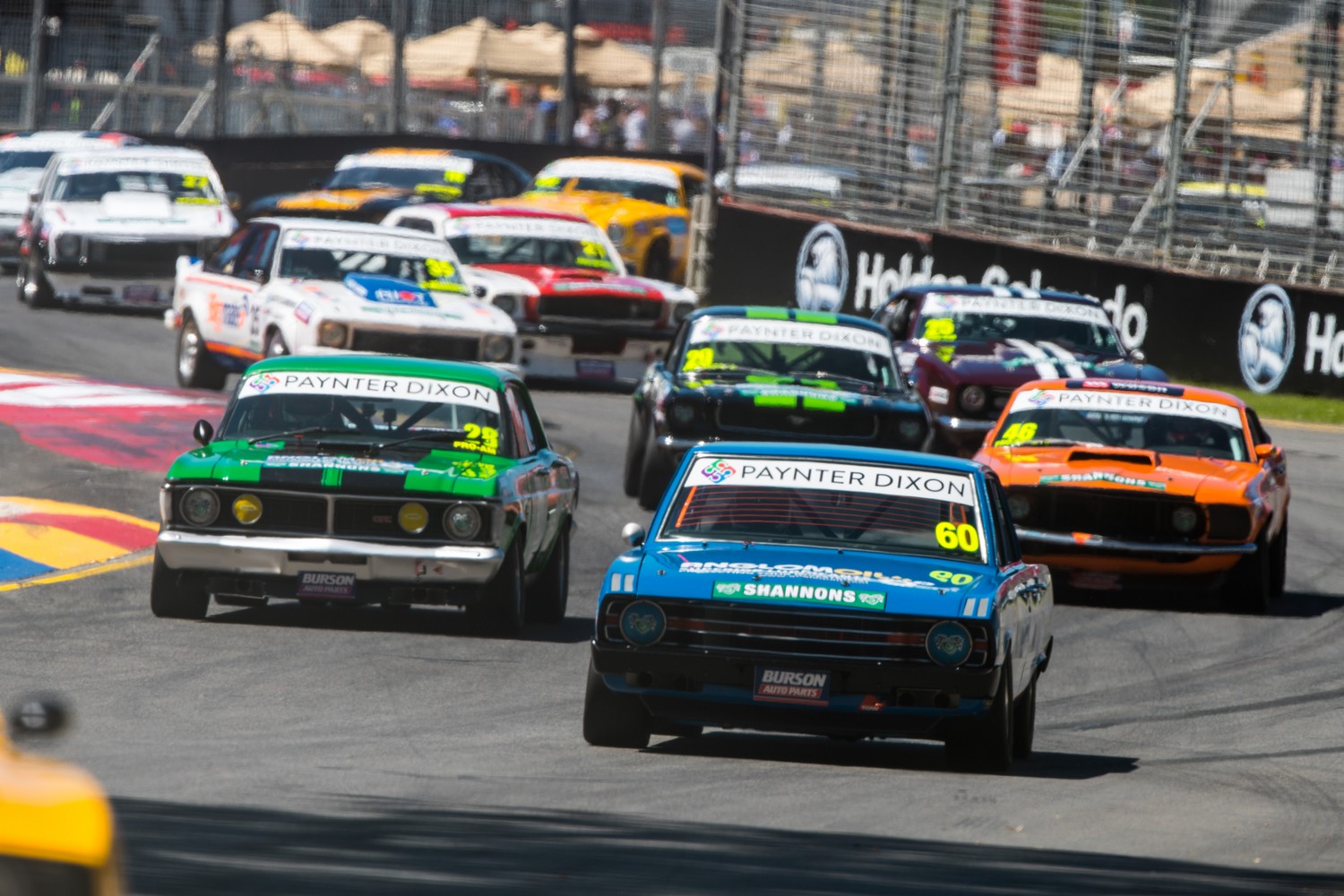 Today’s result also means the three races staged so far this year – including Thursday’s trophy race – have been won by three different drivers in three different cars representing three different brands. With Johnson a close second, attention then turned to a ferocious battle for third place waged between half-a-dozen competitive cars and drivers.

The scrap was ultimately won by Tony Karanfilovski, who grabbed his first podium result in some time with hard-fought third place.

Cameron Tilley finished a stout fourth in his Valliant Pacer, taking advantage of a close moment between Tony Karanfilovski and trophy race winner Adam Bressington at the hairpin on the eighth lap – ducking past Bressington as he was delayed when Tony K slid his Mustang wide on the corner exit.

With Bressington fifth, Brad Tilley followed closely behind in sixth place while Ryan Hansford charged from the back of the field to seventh position after being sidelined by a broken differential yesterday. Paul Freestone continued his strong weekend with a quiet run to eighth, with Mark King and Gavin Bullas completing the top-10; having both charged from the back of the grid following difficult runs in race one.

An unlucky Bruce Williams was unable to take the start of today’s race after oil pressure issues on the opening lap – withdrawing before the green flag even dropped.

The third of 24 series races – to be held just after midday on Sunday – will complete the opening round of the 2018 Paynter Dixon Touring Car Masters series.