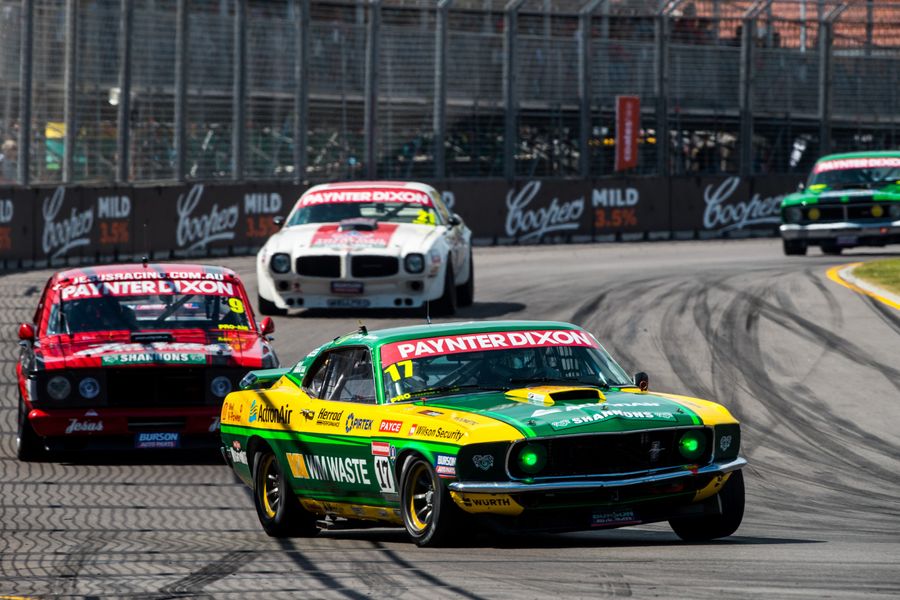 There were winners everywhere in the final round of the Paynter Dixon Touring Car Masters Series.

While Adam Bressington powered to a pair of race victories on Sunday, John Bowe sealed the final round of the 2018 Series at the Coates Hire Newcastle 500. Steven Johnson, meanwhile, wrapped up the outright title with a series of consistent performances to go back-to-back in his Team Johnson 1969 Ford Mustang.

In a thrilling battle to the final race, Cameron Tilley won the ProAm class in the final race of the year while Jim Pollicina sealed the ProSports class – his third different championship in three different categories this year.

After Bowe had won Race 22 of the series on Saturday, a fired-up Adam Bressington proved the man to beat in races 23 and 24 as he stormed to back-to-back Sunday wins. He stormed to the front in the second race early on – slipping past Bowe when the former champion accidentally hit the kill switch on his Holden Torana. Once Bressington was through, Bowe hustled the leader hard for the remaining laps but the Whiteline Racing driver proved too astute in defence to take the win over Bowe and Ryan Hansford.

Johnson finished a quiet fourth to almost put the championship out of doubt heading into the finale’.

A win and two seconds saw Bowe edge out Bressington – who had a third and two wins – in the overall results with the consistent Johnson third.

Johnson’s championship came thanks to supreme consistency: he won 14 races, failed to finish only twice and never finished a race lower than fifth place. Bowe was a persistent challenger throughout and would ultimately finish second for the second straight season. The five-time TCM champion has now finished either first or second in the championship every year since 2011.

Jason Gomersall also starred throughout – finishing fourth in both races and overall for the weekend.

While attention was on the outright title, the battle for the ProAm class championship was similarly intense and would ultimately go down to the final race of the year.

A challenging start to the weekend saw erstwhile series leader Cameron Tilley overhauled by Ryan Hansford by the conclusion of race 23: a 42-point margin turning into a 26 point deficit heading into the last race of the season. Hansford finished second and third outright in the first two races of the weekend, respectively, while Tilley struggled outside of the top 10 in his famous Valliant Pacer – causing him to lose a class points lead he had held all season.

However, Hansford’s weekend turned on the first lap of the final race when his car broke an axle moments after the start, as the field headed uphill to turn two. The resulting non-finish, and a typically tenacious drive from Tilley back to 9th position, saw the Pacer return to the top of the standings and claim the championship by just seven points in a thrilling conclusion.

Andrew Fisher won the ProAm Class for the round, a strong, consistent and reliable weekend seeing the Jesus Racing Falcon GTHO finish each race in the top six outright this weekend. Rob Hackwood powered the Wellpro Racing Pontiac Firebird to second in ProAm with Hansford third in class, despite his final race DNF.

Jamie Tilley won the ProSports class in his Ford Mustang, including a career-best sixth outright in the final race. Title contenders Jim Pollicina and Leo Tobin completed the podium for the round, while Pollicina wrapped up the class title with two races to spare – his first class win in TCM and third title of the 2018 racing season.

Tobin finished second in class for the year and Ian Woodward third.

The Paynter Dixon Touring Car Masters series will commence the 2019 season at the Superloop Adelaide 500 in March next year. 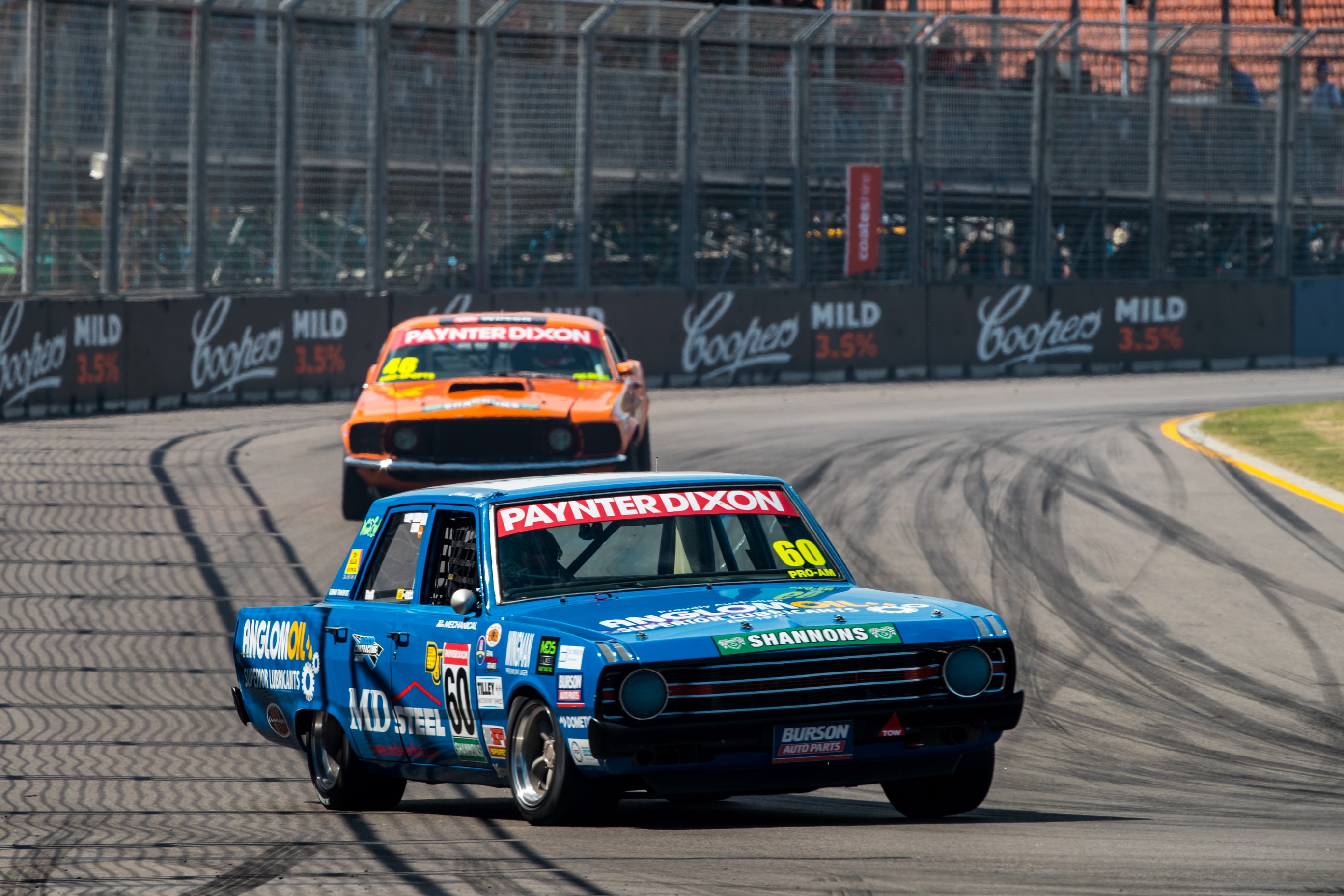