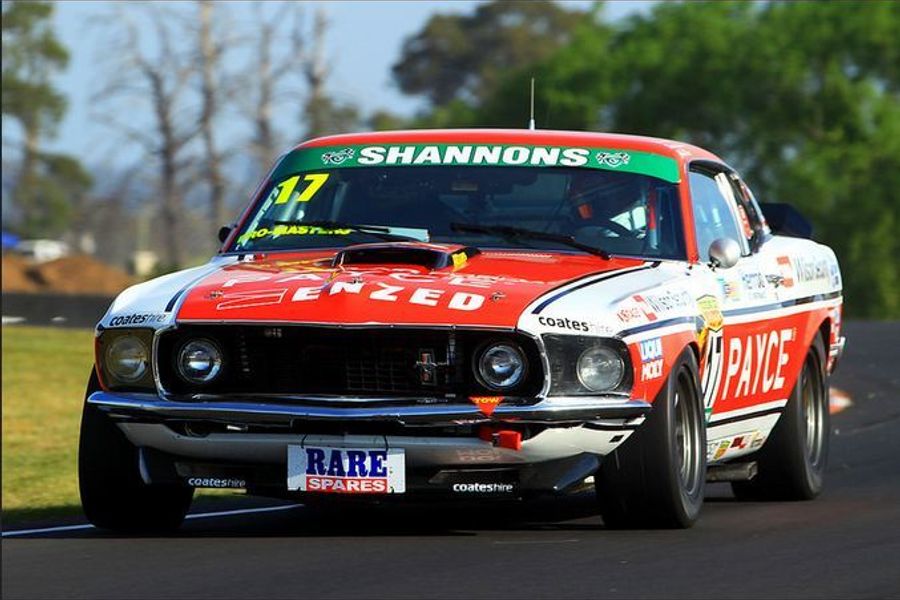 Steven Johnson smashed the Touring Car Masters lap record at Mount Panorama to storm his way to pole position today in Bathurst in his Mustang.  In the series' best qualifying performance of the year, Johnson's 2m18.16s lap was a full one second faster than Bowe's time in the same car last year and secured him his third pole from four attempts in 2015.
Johnson's return to TCM this weekend comes in the first year in the last 22 that he won't start the Supercheap Auto Bathurst 1000 and serves as a reminder of his prodigious pace at Mount Panorama. Behind the dominant Johnson, a stunning battle was staged for the second spot on the front row of the grid with Glenn Seton edging out a four-car group of legends that included Andrew Miedecke (third), Eddie Abelnica (fourth) and John Bowe (fifth).
Bowe spent a majority of the session in pit lane and left his run at the top spot to the closing minutes, ultimately falling short in his one-lap dash.
Practice pace setter Glenn Seton continued his early weekend form into the 20-minute qualifying session by putting the Thunder Road Racing Team Mustang into second, having headed the charts prior to Johnson's record breaking run. Miedecke and Seton battled for second for much of the session and ultimately ended up split by just 0.1 seconds after a great fight.
Abelnica was another star of the session and was never outside of the top four group. His Sydney's Cheapest Cars XB falcon was also the fastest car in a straight line all weekend, topping 290km/hr in practice and going close to that mark in the qualifying session later in the day. Abelnica's strong qualifying performance backed up his strong performance in the seriesí most recent round at Sydney Motorsport Park, where he qualified second and finished in the same position in the opening two races.
Just 0.4s covered Seton in second and Bowe in fifth, setting up a stunning fight to be the first to chase Steve Johnson in tomorrow's opening seven-lap race. Points' leader Jim Richards ended qualifying sixth, just 0.1s ahead of Mark King.  Jason Gomersall, Brett Youlden and Andrew Fisher completed the top 10.