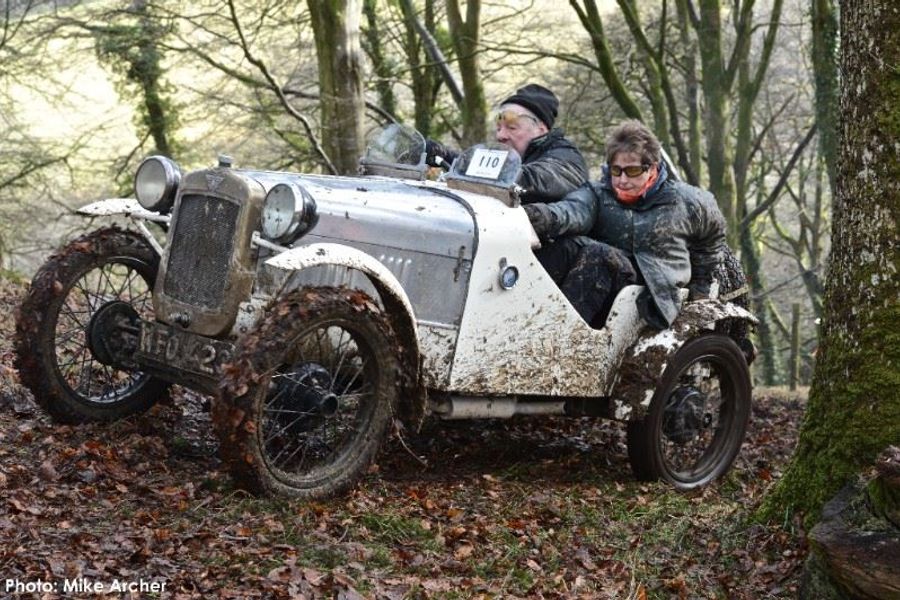 A large entry took to the traditional Devonshire hills around Exebridge on Saturday 17th February for the latest staging of the Vintage Sports-Car Club`s Exmoor Fringe Trial. A wide selection of cars were blessed with dry weather and sunshine for the day’s activities. However, the rain in the weeks preceding the Trial made for very challenging conditions.

Fourteen sections were tackled and after a full day of fun and muddy competition Don Skelton took the honours with 335 points and the Uglow Cup for Class 1. The other significant award saw Jeremy Brewster securing the James Diffey Trophy in his Class 2 Lea Francis. Some 32 drivers achieved Class Awards for their efforts, at an event that was proclaimed by all to be a roaring success.

Special thanks must be made to Graham White who once again ensured that the event went off without a hitch.

The VSCC will be in action at two wildly differing venues this coming weekend, the 24/25th February. The unique Pomeroy Memorial Trophy will be staged at Silverstone on Saturday, and the Club will have its now traditional presence at Race Retro over the full three days of the weekend.

The next Trial will be the John Harris (Derbyshire) Trial on 3rd March based at Ashover.