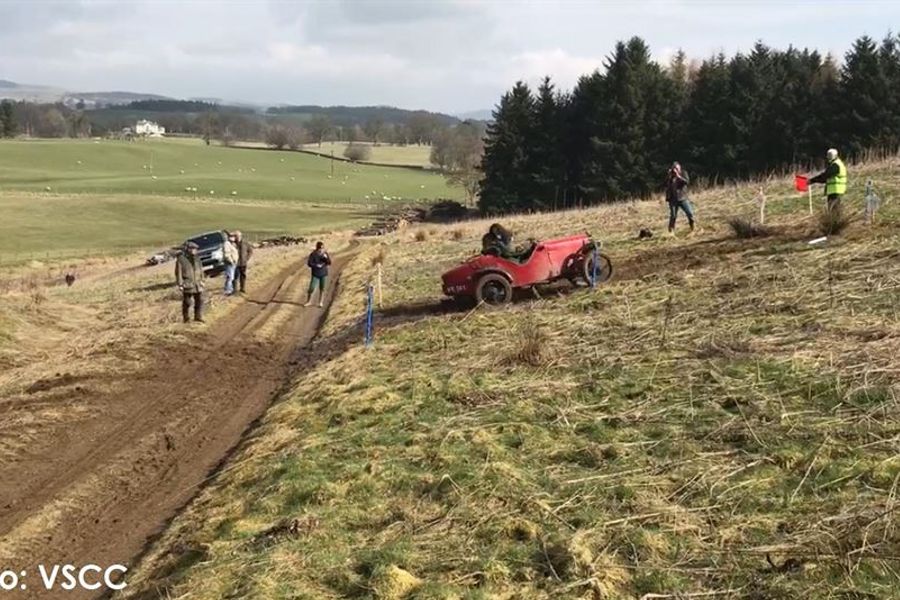 An enthralling day of traditional Vintage Sports-Car Club trials was enjoyed by many competitors at The Scottish Trial on Saturday 14th April, which attracted an entry of over 50 pre-war cars. Based near Biggar in Scotland, the thirteen testing trial sections challenged both ‘man and machine’ for the final round of the 2017/18 Trials Championship.