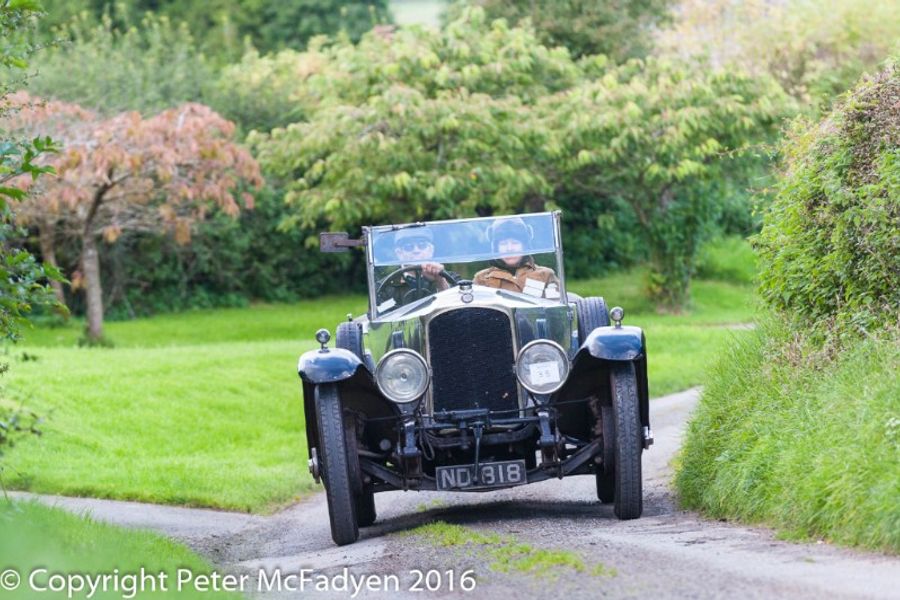 The VSCC descended on the picturesque village of Presteigne last weekend for the annual two-day Welsh Trial and also a scatter rally on Saturday. Competitors were not put off by the wet and windy weather as they tackled muddy hills and driving rain, although Clerk of the Course Paul Tebbett had his work cut out prior to the event having to ‘rejig’ a few hills to accommodate the testing conditions.

Luckily by lunchtime on Saturday the weather had begun to clear which encouraged spectators to come out in good numbers to enjoy hills such as ‘Badlands’ and the popular ‘The Smatcher’ which has recently reopened after a short break for felling and replanting. Sunday rewarded spectators with views of the tests at Cwm Whitton with hospitality provided at the Farm Yard.

Winning the Trial in his 1921 GN Sports was Peter Kite, an experienced and accomplished Triallist who conquered the treacherous terrain with aplomb winning The Harry Bowler Memorial Trophy for best overall performance. Also victorious was Craig Collings in his 1928 Delage DR70 gaining The Presteigne Trophy which is awarded for the best performance in the opposite class of the best performance overall.

The winners of the Rally were Harry Colledge in his 1924 Vauxhall 30/98 and his Navigator Andrew Tongue who triumphed in the Expert Class winning the Talyllyn Trophy.