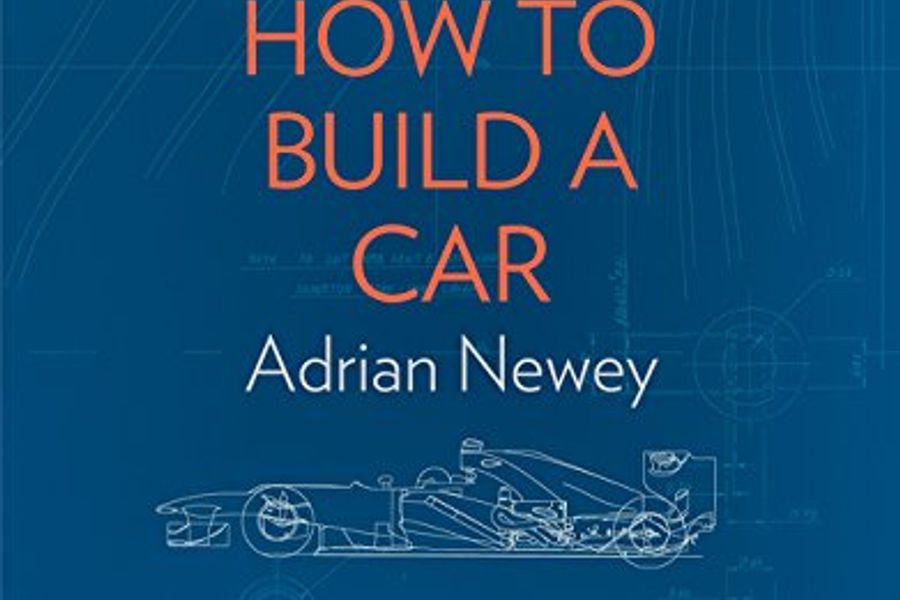 Adrian Newey’s memoir, How To Build A Car, scooped the Royal Automobile Club’s Motoring Book of the Year Award for 2018, the ceremony taking pace last night at the Club’s historic Pall Mall clubhouse.

In a strong selection of entries for the fifth running of the  awards Newey’s book, published by Harper Collins, received high praise from the judges. One said: “A remarkable behind-the-scenes account from one of Formula 1's greatest designers. Enough technical detail to satisfy and a must for any racing fan”.

How to Build a Car explores the story of Newey’s 35-year career in Formula 1, looking at the cars he has designed, the drivers he has worked alongside and the races in which he’s been involved - from his early career in IndyCar racing through to his unparalleled success in Formula 1.

Whilst Newey was out of the country and not able to receive the award personally, his wife Amanda accepted the award and read out a message on his behalf  “To be nominated by the Royal Automobile Club for the Motoring Book of the Year is a tremendous privilege. I will be honest, I wrote the book with no particular objection in mind other than to tell my story in the hope that it might be useful or interesting to others and to give my own family an insight in to what makes me tick. For it to be recognised in this way tonight is an unexpected honour for which I would like to thank you all”.

“Our independent judges undertake an incredible task for us, and it’s great to hear that the 2018 winner is Adrian Newey,” said Peter Read, the Club’s Motoring Committee Chairman. “His book is an excellent read, beautifully illustrated and encapsulates the remarkable life story of arguably one of Britain’s greatest motorsport engineers”.

The independent judging panel also awarded ‘Specialist Book of The Year’ for an impressive feat of research and endeavour to Reid Railton: Man of Speed by Karl Ludvigsen, published by Evro Publishing.

‘Reid Railton: Man of Speed’ is the first book dedicated to the life and career of automotive engineer Reid Railton. One of the judges said “What a life story, and what a book – lavishly researched, profusely illustrated, endlessly informative”.

Railton created an extraordinary range of cars having risen to renown during the 1930s as chief engineer at Thomson & Taylor, Brooklands-based racing-car builders. There he realised the dreams of that era's top men of speed, including Tim Birkin, Malcolm Campbell, Whitney Straight, John Cobb, Raymond Mays and Goldie Gardner. His great cars powered them all to racing and record-breaking success.