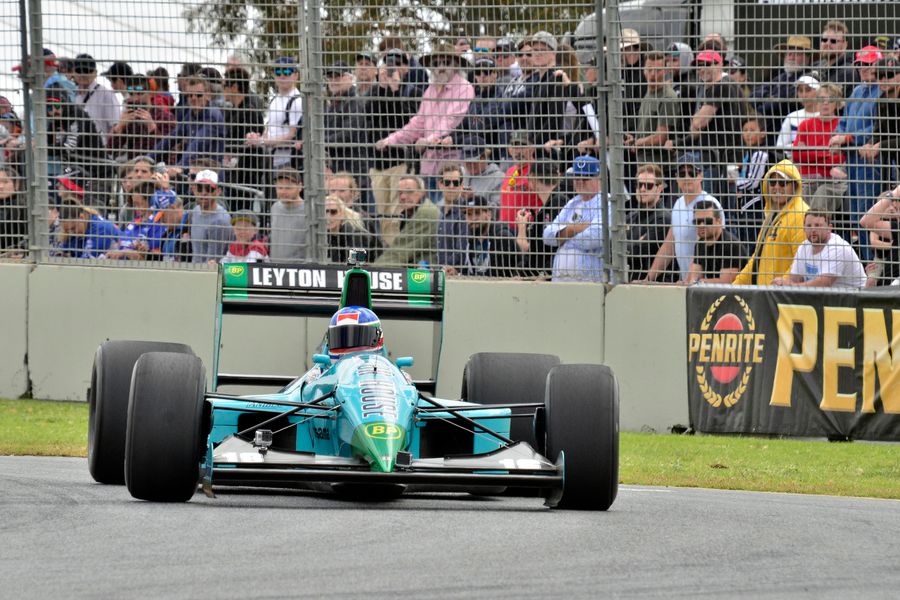 On a record-setting day at the Adelaide Motorsport Festival, Ivan Capelli re-claimed his Victoria Park Sprint circuit lap record and tens of thousands of fans soaked up Adelaide sunshine in a sensational day of action.

The lap record chase in the Formula One sessions was one of the biggest taking points as Capelli looked to reclaim his lap record, stolen last year by Tim Slade driving a Footwork Arrows. After coming within 0.05s on Saturday, Capelli lived up to his promise and re-set the benchmark to a stunning 42.57s benchmark on his third flying lap of the day in the March – reclaiming the record spot to cheers.

Josh Kean was also sensational in the Footwork with a stunning 43.05s flyer, himself only 0.02s behind the old record set in the same car.

“After two years.. the chassis is even tighter – in Italy we eat a lot of spaghetti! Jumping in a Formula One car without testing, without training obviously is very hard. But I can put together one lap and it was the lap that counted,” Capelli said. “It was a cooler day and the air was fresher which was helping the engine. Obviously the circuit with all the running there was more rubber for the corners.”

The former Leyton House and Ferrari F1 driver said the Adelaide Motorsport Festival was growing in stature around the world.

“At these kind of events you can, but there is the ability to see and watch incredible cars that made the history of motorsport and this is a very, very great opportunity I think.”

Moments after setting the lap record, Capelli then starred in an Adelaide-first series of drag races as three separate cars – one a street car, one a race car and the last an F1 car - took on Red Bull Air Race pilot Matt Hall in a series of match races along the start-finish straight. 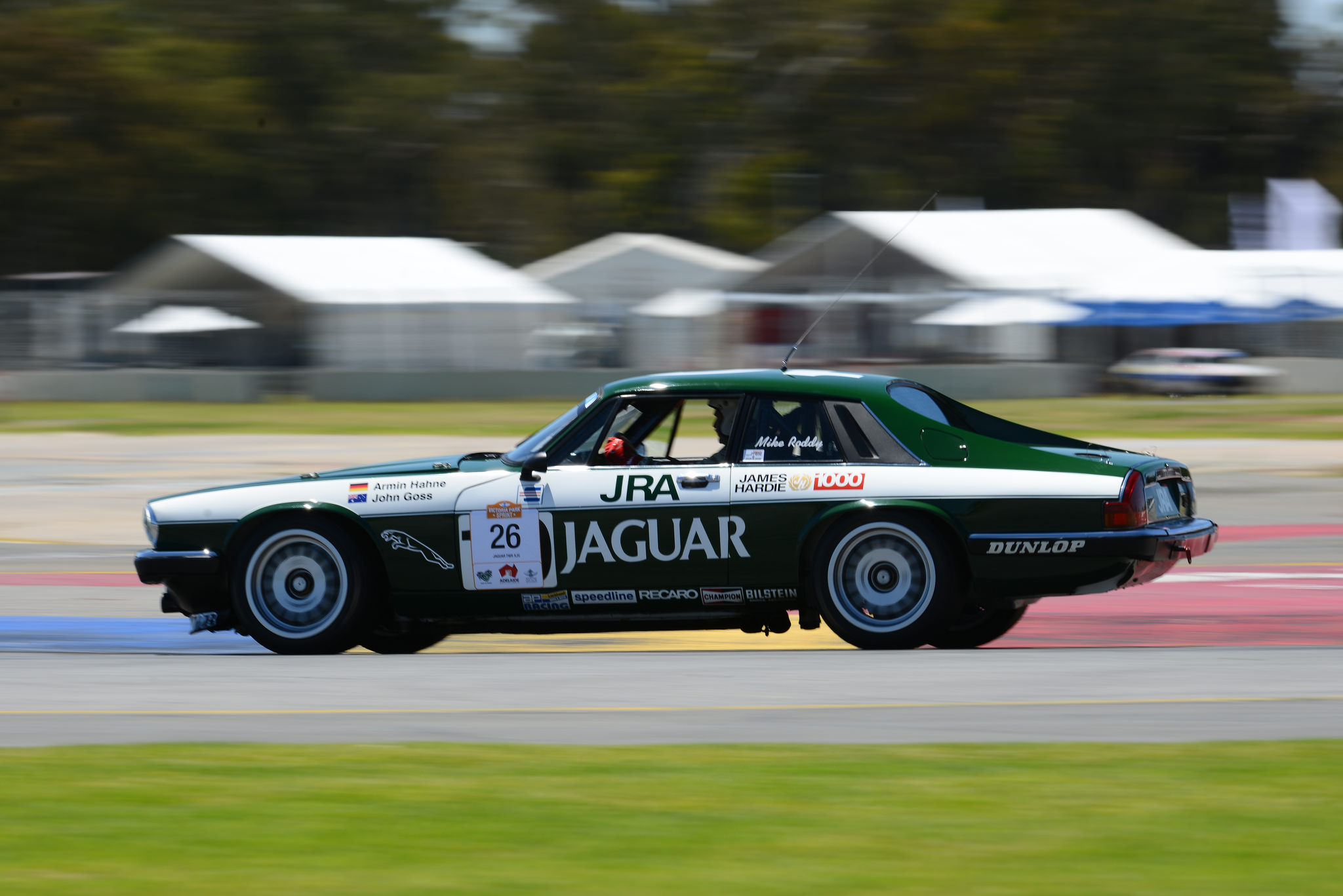 After Hall defeated two other cars, Capelli returned one in favour of downforce as the Leyton House beat Hall’s plane in the final sprint. Hall then celebrated his overall win over the land-based vehicles with a spectacular aerobatics display over the circuit.

Porsche’s were a feature marque of the event as the brand continued to celebrate their 70th anniversary.

While a large off-track display was popular, on track two groups of classic German machinery battled to set the fastest lap time. Bernie Stack was quickest in his class driving a 1974 Porsche 911 IROC Challenge racer, while the Porsche Rennsport class was topped by local driver, Emmanual Palyaris in a GT3 Cup Car.

Mark Rundle and Dan Day battled for top honours in the wild Time Attack class; Day ending up 0.2 seconds faster in his Subaru as he took on Rundle’s Mitsubishi. Michael Roddy topped the Heritage Touring Cars aboard his TWR Jaguar.

Adelaide Motorsport Festival organisers confirmed an increase attendance this year over the 2017 event. 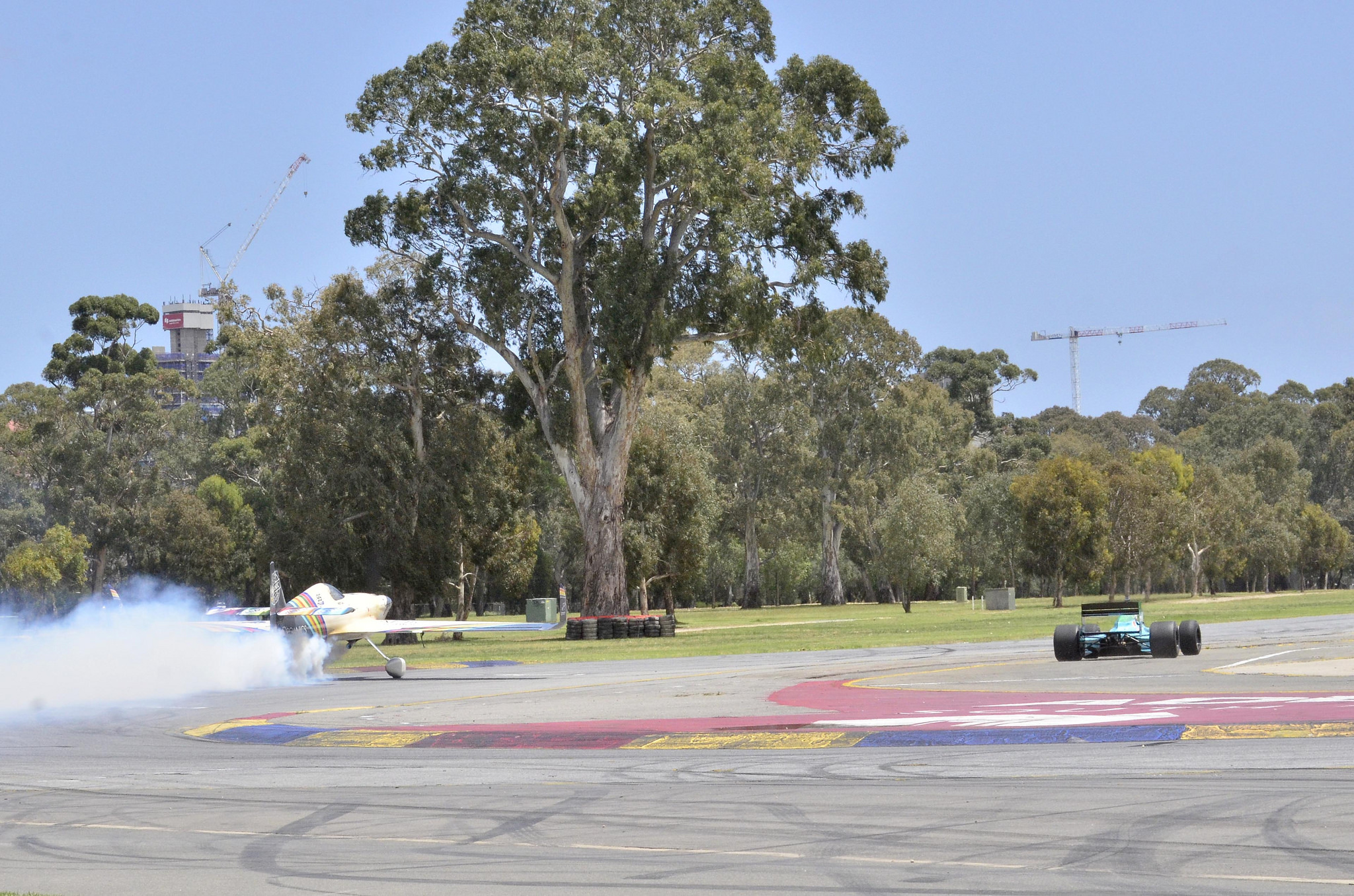