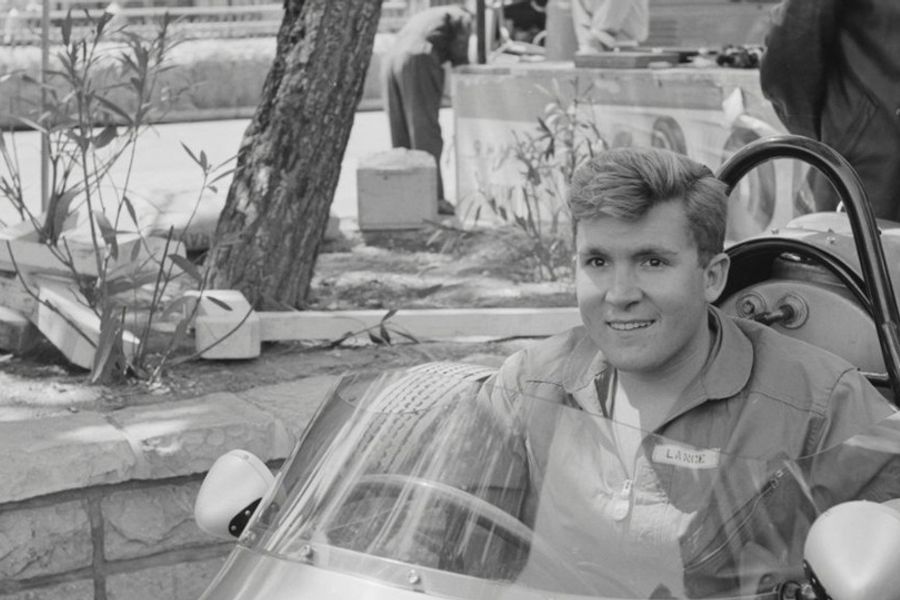 Prince Igor Troubetzkoy had won the 1948 Targa Florio and through him Lance developed a passion for motor racing. While at prep school in Arizona he met Bruce Kessler and they soon began racing. While competing in club racing events near his Hollywood, California, home, among his circle of friends was actor and fellow racer James Dean. He was one of the last people to speak to Dean when they met on their way to an auto race in Salinas, California. He said he had coffee with Dean at a restaurant around thirty minutes before he was killed while driving his Porsche 550 Spyder.

Lance’s first race was with a Mercedes 300SL at Santa Barbara airport in 1955 and he would go on to race it at Salinas, Torrey Pines, Glendale and Palm Springs, with his best results being second at Salinas and third at Glendale.

During 1956 he raced a Cooper T39 at circuits including Santa Maria, San Diego, Seattle Seafair, Paramount Ranch, Pomona (taking third plus a win there), a fifth at Sacramento plus a fourth place at Buchanan Field (with the Reno Racing Team). He also competed at Nassau, in the Nassau Trophy and Governor’s Trophy, plus finished fourth in a four hour Road America race with Richie Ginther; they also drove together in a six hour race at the same venue, race but did not finish.

In 1957 he raced a Cooper T43 at Santa Barbara and won with it at Pomona. He also raced it in Europe, in the Avant Cup at Goodwood, the Prix De Paris, and took sixth places at Brands Hatch and the London Trophy at Crystal Palace plus a fourth in the Rochester Trophy at Brands Hatch. He also entered a race at Roskilde, in Denmark, though did not start and the year saw fifth place finishes in both the Preliminary Governor’s Trophy and Memorial Trophy at Nassau plus in the Nassau Trophy. He finished second and seventh in two races with a Porsche 550 in Hawaii plus contested a number of races with a Maserati 200S, at Pomona, New Smyrna Beach and Snetterton (UK), and he and Chuck Daigh co-drove it to sixth in the Nassau TT and seventh in the Nassau Trophy.

After racing in Europe, and visiting some sports car manufacturers (Cooper, Lister and Maserati), it inspired him to produce a car of his own, utilising only American parts. Returning to America, he formed Reventlow Automobiles Inc, and with the help of chief engineer Phil Remington and designers/builders Tom Barnes and Dick Troutman, they produced a limited number of sports racers, called Scarabs.

He initially competed in early 1958 with the Cooper taking second place in the first race at Ponoma then second at Palm Springs but between these races the first Scarab, the Mk I, made its debut. Soon after there was a fifth and a third place finish at Virginia but by mid season he was achieving victories with it, at Santa Barbara, Riverside, Minden, Thompson, Laguna Seca (twice) plus took the Governor’s Trophy and Nassau Trophy. There was a podium finish with the Maserati at Laguna Seca plus he and Gaston Andrey took victory with a NART Ferrari 335 Sport at the 500 Mile Road America race. The Scarab Mk II was introduced later in the season and won its second race, at Montgomery, though driven by Chuck Daigh. Lance himself raced it later in the year at Vaca Valley and Riverside.

1958’s Grand Prix for sports cars at Riverside saw a Scarab-Ferrari showdown though Chuck Daigh took the victory while Phil Hill’s Ferrari retired due to fuel problems. Chuck was followed home into second place by a young Dan Gurney in a Ferrari 412 MI. Besides Chuck Daigh, other drivers who would take race wins with a Scarab Mk II included Jim Jeffords, Augie Pabst, Carroll Shelby and Harry Heuer; Carroll Shelby broke the course record when he won at Continental Divide Raceways in Castle Rock, Colorado.

The Scarab raced in a total of 15 events in 1958 and 1959 and took nine win plus the team won 1958’s SCCA National Championship. During 1959 Lance was named as a substitute driver with NART Ferrari for Le Mans, though did not start.

Following this he turned his attention towards creating America’s first Formula One car with the help of engine designer Leo Goossen. Unfortunately, the Offenhauser-inspired four-cylinder proved fragile and complex, they had limited pre-season testing and the car was front engined but this was at a time when rear-engined cars were becoming dominant. Also, none of his young designers and engineers had experience with Formula 1 plus the task was hampered by his patriotic desire to use only American suppliers for the car's components.

Their first F1 race was at Monaco but its tight, twisty, layout did not suit them plus there were up against the nimble rear-engined cars. Both he and Chuck Daigh struggled plus the engines were supposed to produce around 260 horsepower but Daigh thought it was more like 218 or 220. Lance even asked Stirling Moss to take a few laps to give an opinion and he took four seconds off their best time. Unfortunately, despite fighting against the clock in qualifying, neither car made it onto the grid. 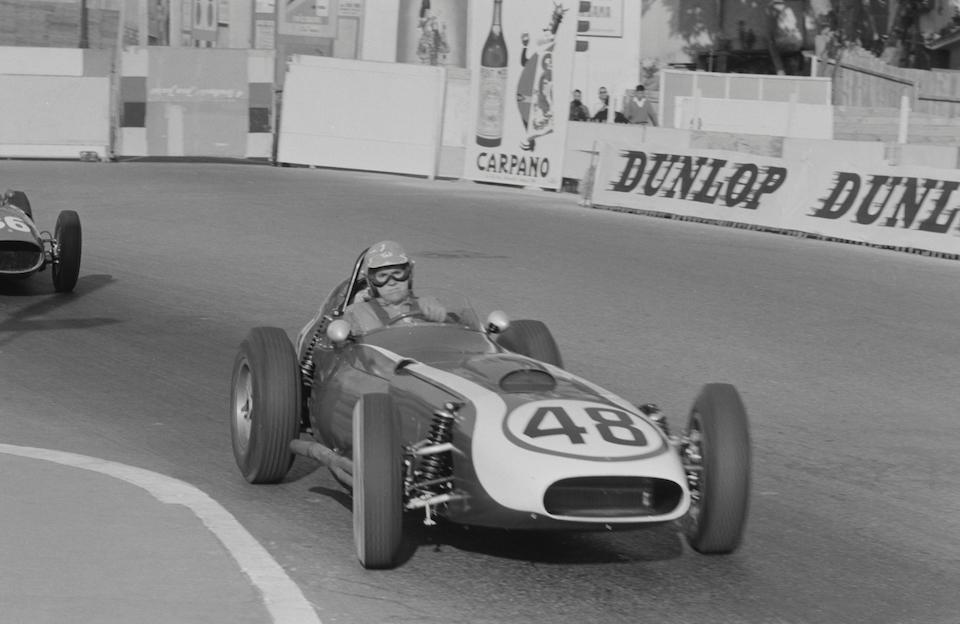 At Zandvoort, despite his qualifying time not being good enough the officials allowed him to start the race. This was angrily protested by the privateer teams who had been moved down the grid to make room for the Scarab but amazingly, Lance backed the privateers. After a heated exchange with the organisers, he told the Scarab team to pack up and leave. Chuck Daigh later stated “Lance wanted to be a good sport…he did not realise it was business.”

Spa saw them finally start though both cars retired from the race, with a blown engine and an oil leak. But any results would have been overshadowed by that tragic weekend, as Stirling Moss and Mike Taylor sustained serious after crashing in practice and Chris Bristow and Alan Stacey were both killed in accidents during the race. Their final European race was at Reims but both cars retired with engine problems. At the season’s final race, the US GP at Riverside, Chuck suffered with fuel starvation through the race and finished tenth, taking Scarab’s only GP finish.

In 1961 the team contested a few early races in the Intercontinental Formula in England but unfortunately Chuck crashed heavily at Silverstone, writing off the back of the car and putting himself in the hospital. The remains of the car were shipped back to California and basically abandoned.

For 1962, they prepared a rear engined, Buick-powered car, but rule changes brought in by the FIA made the car illegal in European competition. It was raced once in Australia (Chuck Daigh finished fourth) but by then Lance had had enough of his efforts to field a successful racing team. The eighth Scarab constructed, the final car, was converted to street use by Lance (and even licensed in California) and later sold to John Mecom. With Mecom, the Scarab Mk IV would go on to achieve success with drivers such as A.J. Foyt, Augie Pabst and Walt Hansgen. 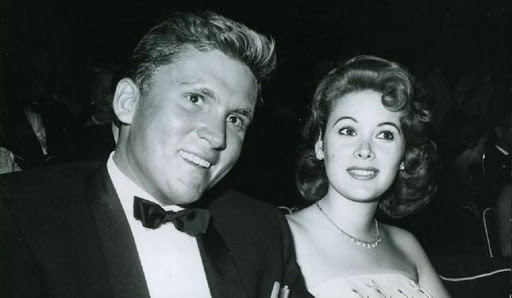 During this period he had often been in the public eye after marrying actress Jill St. John (pictuted with Lance, left) but they divorced in 1962. After losing his enthusiasm for motor racing he began taking up other interests including flying, sailing, skiing and polo.

As a keen skier and hiker, he had a home in Aspen, Colorado but sadly in 1972, while scouting areas there to build a ski resort with real estate brokers, he was killed in a plane crash. Lance was an experienced pilot (though on this occasion he was a passenger) but with a young inexperienced pilot at the controls the plane stalled and plunged to the ground, killing all aboard.

Cary Grant took some of Lance's closest friends along with him in his plane to Aspen for the memorial service though Lance’s ashes were eventually placed in the Woolworth mausoleum at the Woodlawn Cemetery in the Bronx.

In 1997 Brian Redman tested GP-2 (then with a RAI Formula Libre Chevrolet engine) at Savannah and cars would later be driven by him, Damon Hill and Chuck Daigh at Goodwood Festivals. At 2002’s Monterey Historic Races, Brian Redman and Rob Walton raced each other in Scarabs and in 2010 Augie Pabst drove the Meister Bräuser Scarab at vintage races at Road America.

On This Day Lance Reventlow Scarab