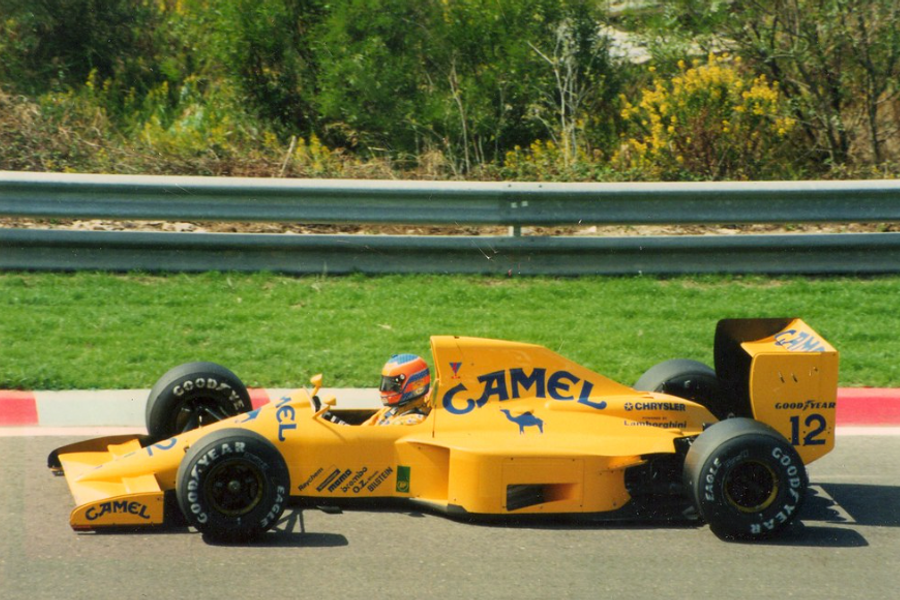 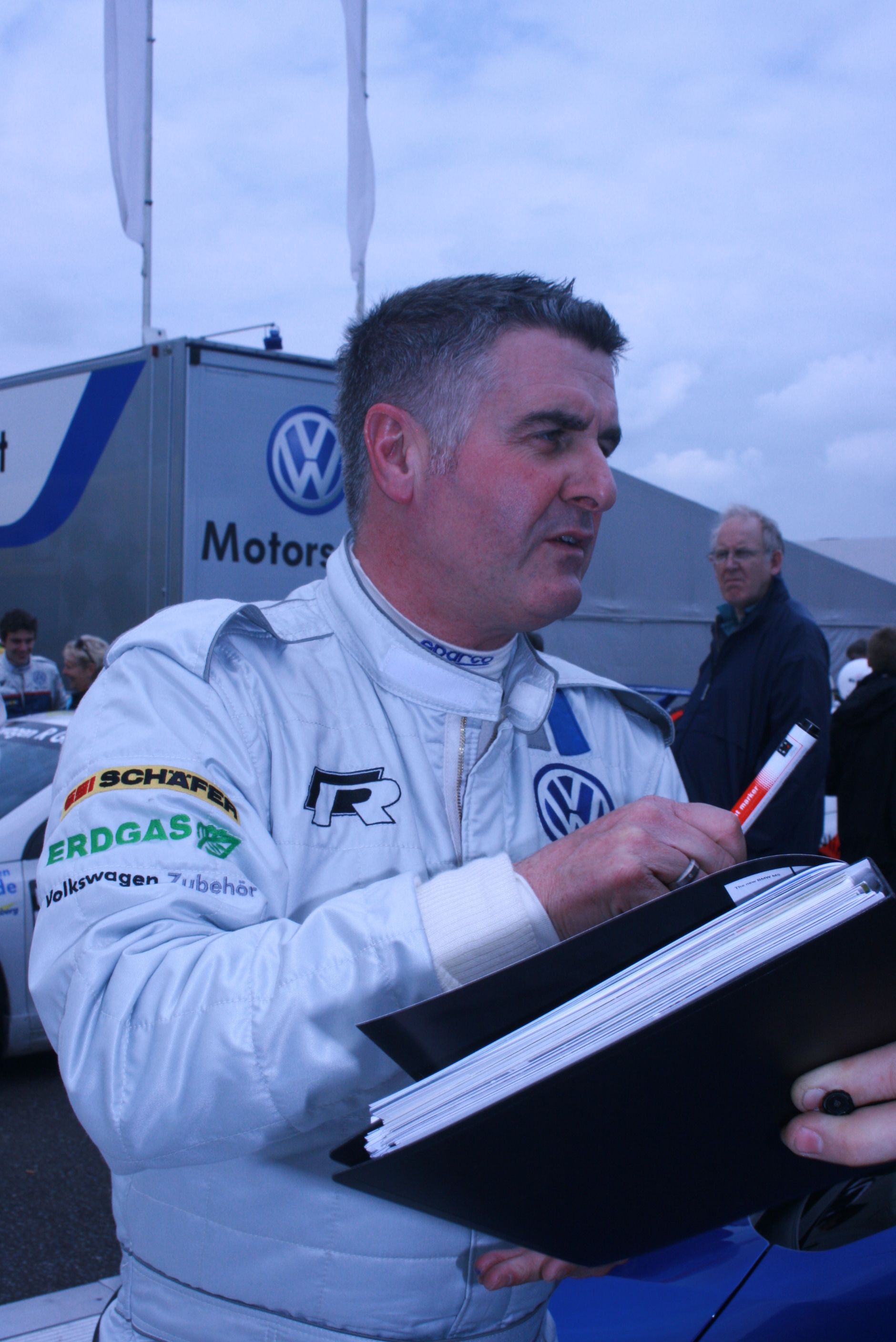 His father had been a keen amateur racer and Martin would travel with him to see races at Dundrod, Newtownards and Kirkistown. When he turned 17, he raced a Crossle 32F FFord at as many races as possible, on one occasion managing four, at Kirkistown, Mondello and hillclimbs at Croft and Donegal on a Bank Holiday weekend. The Crossle was eventually replaced by a year old Van Diemen and he won numerous races in Ireland, and got through to the ﬁnal of the 1982 FFord Festival.

From this he moved up to FF2000 with a new Van Diemen, winning at Cadwell Park, Donington and Brands Hatch and he also dominated the Irish championship. There would later be a switch to a Rushen Green Racing Reynard and he also won the BBC Grandstand Series.

He competed in 1985’s British and Euroseries FF2000 championships, and took victories at the Nürburgring and Brands Hatch, but at the penultimate British race at Oulton Park he had to win to stay in title contention but it ended when he was knocked into the barriers by another car and he finished second.

Then came F3, racing a Ralt for Swallow Racing and victories at Donington, Oulton, Silverstone (twice) saw him finish third in the British F3 Championship. The team switched to a Reynard, and he did six races with them before racing for Intersport and they won at Oulton Park, Brands Hatch, Macau and took second places at Zandvoort, Spa, Silverstone and Snetterton.

He had a test at Donington for the Onyx F3000 team but despite being quickest by half a second, he never got the drive so returned to Intersport in F3. After winning an F3 race at Snetterton, Eddie Jordan asked him to race for his F3000 team for the season’s final ﬁve races. Unfortunately at Brands, Martin won but team mate Johnny Herbert had suffered terrible leg injuries in a crash so it was a hollow victory for him. There were second places in the Birmingham Superprix and at the Bugatti circuit, a retirement at Zolder but victory at Dijon and they finished third in the championship.

He stayed with Eddie Jordan’s team for 1989 (with Jean Alesi) and the season started well, including a win at Brands, but he would finish second to Alesi. At that time, he had signed as the Camel Team Lotus test driver (alongside Nelson Piquet and Satoru Nakajima) and there was almost a race drive in Brazil, as Piquet was injured, but he recovered enough to do the race.

There was an amusing story from an Imola test, where he had taken a friend Ed along. He ran a roadside cafe and in their early racing days A.Senna, M.Gugelmin, R.Moreno, R.Guerrero and others used to eat truckers’ food there. As they were near the McLaren garage Ayrton dashed out, hugged him and said, ‘What are you doing here? Have you brought my bacon sandwich?’

Then came his F1 debut with Arrows at the French GP (substituting for an injured Derek Warwick) and he finished twelfth. Ironically, Tyrrell driver Michele Alboreto was unable to race and Jean Alesi took his place, which meant both of Eddie Jordan’s drivers were in this GP.

Fo 1990 he had a race drive with Lotus (with D.Warwick) though it would be a frustrating season with the Lotus-Lamborghini and 7th in Hungary was his best result. Unfortunately at Jerez he suffered a serious crash during practice which ended his F1 career. Martin was thrown from the car and ended up on the track, with the back of the seat still strapped to him and his crash helmet split by the impact.

After being treated at the scene he was ﬂown by helicopter to hospital, where they worked on him until the early hours of the next morning, but he was in a coma for seven weeks and during this period the doctors considered amputating his leg. When he came round from the coma he determined to get himself fit and back racing, though he spent four and a half months in hospital. Niki Lauda ﬂew him to Willi Dungl’s clinic where he would undergo day long sets of therapies and exercises but Martin sadly realised he wouldn’t be able to get back into F1.

Describing his recuperation, Martin said: “The first thing people don't realise is that the broken bones aren't the biggest worry. In time, bones would fix. My problem was the massive trauma that my body had gone through made it just shut down. I was in intensive care with tubes everywhere, I had injections to freeze every muscle in my body, the next day - after being flown back to London - the whole thing just closed down - kidneys, lungs... I was given the last rites twice.

“I was kept in a coma for seven weeks to try to keep the trauma away from my brain, and then on kidney dialysis every day for a month. Derek Warwick came to see me in intensive care, and he'd been warned that I wouldn't be the guy he knew. Now he's a pretty tough bloke and I'm sure he's seen a lot of things, but he pulled back the curtains, collapsed on the floor and got a bit sick. I was down to 54kg total body weight at one point.

“It wasn't until I wanted to go home for three days at Christmas that I realised how hospitalised I had become. I had to have 24-hour care and I didn't like relying on other people. The crash was at the end of September and I decided that I'd be leaving hospital on Valentines Day. I had therapy for 12 hours a day and gradually pulled myself back up. Then I couldn't do any more because there was a problem-muscle had got fixed to my femur so I had to have another operation. I was naïve, I didn't realise the extent of it.

“But I did drive again. In February 1993 I drove the Jordan at Silverstone. The world's press was there for my first time back in a car. I didn't have any worries about driving the car, my fear was that I would stall in the pits because I didn't have any feeling in my leg. After a couple of laps the engine blew, which was a shame, but it felt natural to be back in a car.”

Damon Hill was at Jerez that day and told of the horrific crash: “I was in the pits and suddenly the whole circuit went quiet, like it only does when there has been a serious accident. I ran to the corner and it looked like a war zone. All I could see was Martin lying like a crippled doll in the middle of the circuit. He was blue. Pierluigi Martini had parked his car across the track so nobody could hit Martin. I was screaming at the marshals to get Sid Watkins. I'd never seen such a twisted body, I thought he was dead.

“Normally, Sid was very gentle, taking a driver's helmet off slowly and methodically - but not this time. He ripped the helmet off, cut open the overalls and started beating the s**t out of him to bring him back to life. That will stay with me for the rest of my life. I left the circuit that day thinking Martin had died."

Following on from his crash, in 1992 he set up Martin Donnelly Racing, starting in Formula Vauxhall Lotus and then moved into F3 in 1996, though the team closed in 2004. He became involved with Lotus, helping them with projects, such as developing the Evora, plus opened the Donnelly Track Academy and coached a young Spanish racer, Ramon Piñeiro.

In 2004, he raced a Mazda RX-8 in a Silverstone 24-Hour race and in 2007 beat 35 other Lotus Elises to win Class A in the Donington Park round of the Elise Trophy. This was closely followed by a race win in the 2nd Elise Trophy race of that day and later in the season he raced at Spa-Francorchamps. In 2008 he raced a Lotus 2-Eleven, drove in the 2010 Ginetta G50 Cup at Oulton Park and at 2011’s Goodwood Festival of Speed he drove a Lotus 102. In 2012 he raced a Lotus Evora then made his British Touring Car Championship debut in 2015, briefly driving for the works Infiniti-Support Our Paras Racing team.

2017 saw him racing in a Motul sponsored Lotus Elise in the FIA Lotus Cup Europe but during this time he was also involved as sporting director and driver development manager at Comtec Racing.

On This Day Martin Donnelly