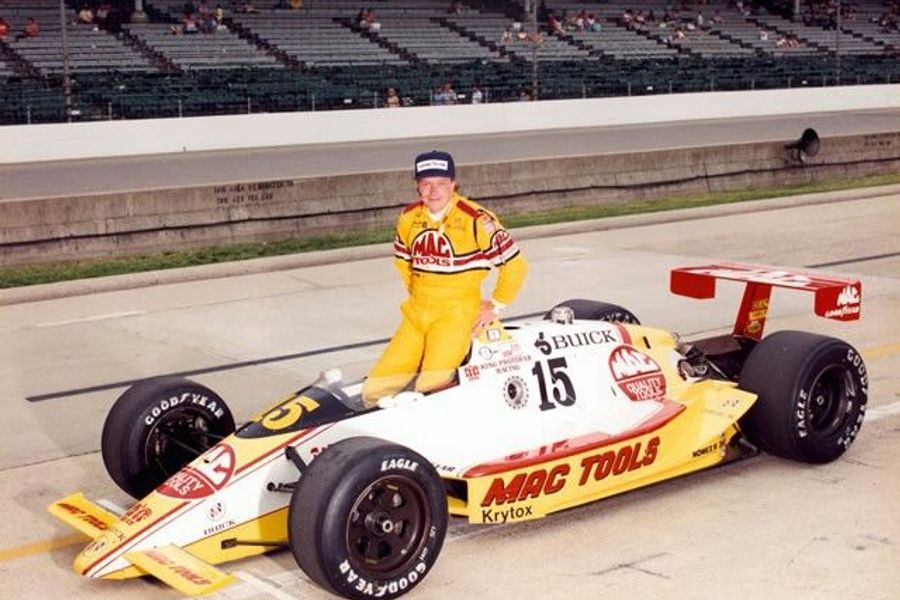 Born in Fifeshire, Scotland, Jim Crawford’s early racing saw him in a Mini in a number of rallies, and Formula Ford. He worked as a mechanic in Formula Atlantic in 1972 and then was offered a drive in a works Chevron in 1973. There were two series running in 1974, one backed by John Player and the other by Southern Organs and Jim won the Southern Organs series. Racing Fred Opert's Chevron B27 he won the last two races, including a double-points final race, and won the title from series-leader Alan Jones.

His performances led to him being offered a test contract with Lotus and two GP races for them in Britain and Italy, plus during that year he was runner-up in the Atlantic series.

An expected F2 drive in 1976 did not happen but he contested the ShellSport Group 8 European Championship, finishing fifth at Oulton Park in Peter Williams Chevron B29, followed by eighth at Brands Hatch in Marshall Winfield’s Chevron B34.

There were also some F3 races during this time and then came a return to Formula Atlantic in 1979. 1980 saw him racing in the British F1 Championship, with Plygrange Racing’s Chevron, and he won at Oulton Park, took third at Mallory Park plus fourth places at Mallory Park, Snetterton and Oulton Park. In European F2 that year he drove a Plygrange Racing Chevron B45 for two races, finishing tenth at Zolder though retired at Silverstone.

Racing an Ensign N180B in 1983’s Can-Am Challenge, in a season long battle against Jaques Villeneuve Sr, he won at Lime Rock and Mosport, plus took second place finishes at Mosport Park, Grand Prix de Trois-Rivières and Sears Point, though finished runner up. 1984 saw a battle between him and Michael Roe but despite victories at Road Atlanta, Grand Prix de Trois-Rivières and Green Valley Raceway (Texas) plus second places at Mosport Park, Dallas, Lime Rock, Sears Point and Riverside, he finished second again.

Besides his eight Indianapolis 500 starts he had a number of drives in 1984-85, starting in 1984 with Ed Wach’s United Breweries sponsored Theodore T83-3 at Long Beach (finishing fourth on his debut)and Meadowlands (New Jersey) plus raced at Laguna Seca with H&R Racing’s March.

In 1985 he drove a Wysard Racing Lola at Long Beach, Milwaukee, Meadowlands, Cleveland, with his best result being a fourth place finish again at Long Beach. During the year there were also races at Phoenix and Miami for Pace Racing plus a drive with the Canadian Tire Racing team at Montreal.

Unfortunately during qualifying for 1987’s Indy 500 he hit the wall with terrific force and sustained leg injuries that took almost a year to recover from. He returned for 1988’s Indy 500 and was a last-minute addition to the King Racing team, joining just prior to opening day. At the time he was still recovering from his leg injuries and during the month walked with the aid of a cane.

Driving a year-old Buick Lola, he started well from row nine and had worked his way up to second before lap 90. A few laps later the yellow flag came out as a beer can was found on the track and after race leader Danny Sullivan pitted, Jim was leading the field when the race went green again. He remained in front but a caution period cut his lead and after pitting, he rejoined in third. With ten laps to go he was running behind Rick Mears and Emerson Fittipaldi but he spun, flatspotting his tyres and after pitting for new tyres, he finished the race in sixth place. 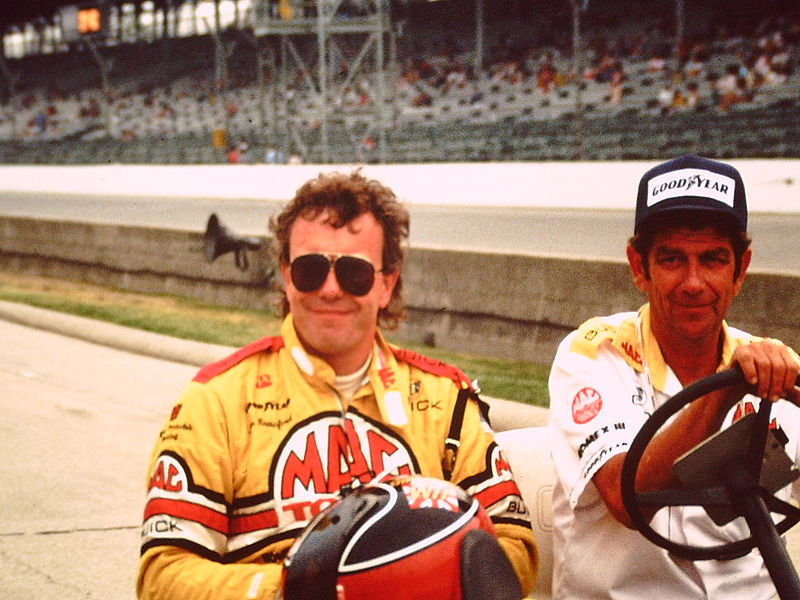 In the following year’s race, he qualified fourth but retired from the race due to mechanical problems.

He joined the Menard team in 1990 but suffered a major crash during practice, with his car spinning and hitting the wall and becoming airborne. Fortunately he was not seriously injured and during the race itself he finished fifteenth.

For 1992’s race he re-joined King Racing (with Roberto Guerrero) and both led the speed charts through practice, with Jim setting an all-time unofficial track record of 233.433 mph. He and Roberto were favourites to take pole position but on pole day, he blew an engine, though the team had time to install a new engine after rain caused the time trials to run into the next day. However, he blew another engine, missing the chance to qualify during the pole round and after eventually qualifying, he was running well in the race but crashed on lap 75.

He drove King Racing’s Ilmor-Chevrolet in his final race, 1993’s Indianapolis 500, but failed to qualify in 1994 (with Riley Scott) and 1995, driving Hemelgarn Racing’s Reynard 94I-Ford XB in his final attempt at the age of 47.

He then retired from racing and lived in St. Petersburg, Florida, and bought a fishing boat which he would charter out. He passed away in 2002, at the age of 54, and team owner John Menard calling him "the bravest man I ever knew. He was a wonderful, wonderful human being" and added that his daughter Molly caught her first fish on a trip in the Gulf of Mexico on Jim Crawford's boat.

On This Day Jim Crawford