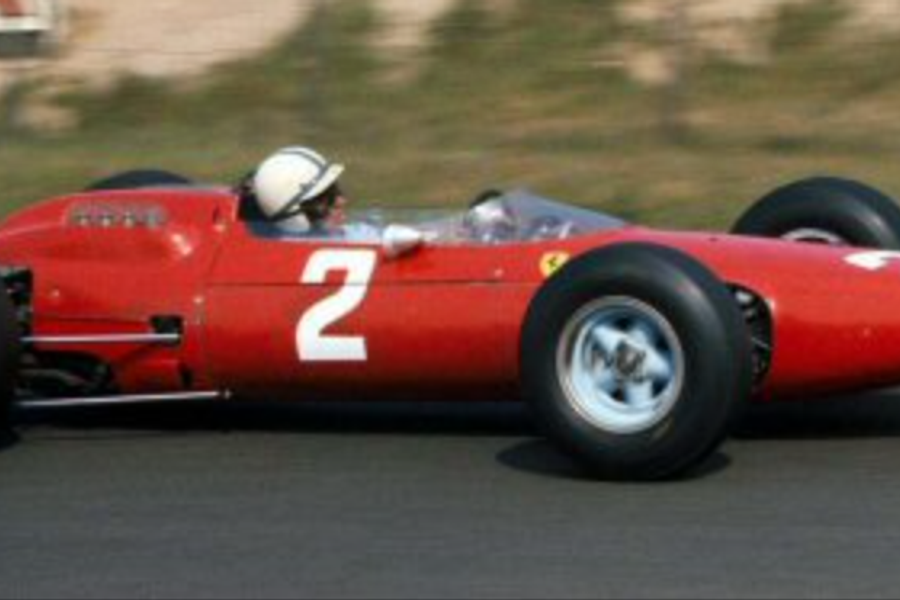 John Surtees was widely praised as the only person to win world championships in motorcycle racing and in Formula One, and while that an accolade is fully justified, it sometimes obscures that he was a very fine all-round driver and highly-regarded by his peers. He hit the ground running in car racing, qualifying on the front row and even leading his first ever race, a sign of what was to come in his ‘second’ career.

Born February 11th 1934, his competitive career began on a second-hand trials bike given to him by his father, and he made his name riding a private Vincent and then factory Nortons in UK competiton. His national success and pace on forays into Europe caught the attention of the big players and he rode for the MV Agusta team, run by Count Domenica Agusta, in the latter half of the 1950s.

Surtees took seven world titles for MV Agusta, and for the three years from 1958 to 1960 won both the 350cc and 500cc titles, emphasising his versatility and dominant speed.

It was a conversation with newly crowned Formula One Champion Mike Hawthorn at the Sportsman of the Year function in London at the end of 1958 that set Surtees thinking seriously about racing cars, recounting in his book with Alan Henry ‘World Champion’ that Hawthorn had commented ‘Four wheels do stand up better than two you know. Give it up, have a go at four!’ A further planned meeting with Hawthorn never happened after the racer’s death in January 1959.

A Goodwood test of the Aston Martin DBR1 that had recently won the Nurburgring 1000km in the hands of Stirling Moss saw Surtees impress team boss Reg Parnell with his pace enough to be offered a contract for 1960, but Surtees declined – although the Aston did set him thinking about cars enough to buy his first ever road car, a Jowett Jupiter! 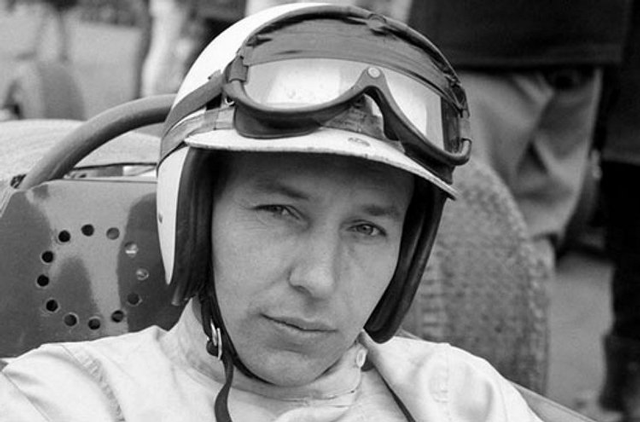 More tests with Aston Martin saw Vanwall also offer a test, which saw him lap Goodwood almost at the pace of Moss, but Vanwall had already retired from Grand Prix racing and the health of team founder Tony Vandervell meant the team’s days were numbered. With Count Augusta loath to let Surtees race outside of the World Championship, he decided that cars would offer an opportunity to fill the gaps in his racing calendar.

A visit to the OSCA factory in Bologna saw Surtees consider buying one of their pretty sports cars, but he decided that single-seaters were for him and purchased a Formula Two Cooper Climax for the grand sum of £2,437. That still left the matter of getting a competition licence, which required him to have at least taken part in one club level race, and after an attempt to hire a car fell through, as did a deal to drive a Porsche for AFN Ltd, Ken Tyrrell offered to loan Surtees a Formula Junior Cooper-Austin for Goodwood’s season-opening meeting.

It is well known that first race for Surtees was also the very first motor race he had ever seen, and his Goodwood testing paid off as he qualified on the front row alongside Jim Clark in a Lotus 18. He took the lead through Madgewick on the opening lap, was repassed by Clark a lap later before slipping to third – only to pass Trevor Taylor’s Lotus on the final lap to come home second.

His instant speed saw a flurry of interest, including from Colin Chapman who offered a test in a Lotus, which saw him have his first Formula One race in the non-championship Silverstone International Trophy on 14th May 1960, only to retire with an oil leak. Two weeks later Surtees made his Grand Prix debut at Monaco in a Climax-engined Lotus 18, retiring after 19-laps in a weekend plagued with transmission problems. The British Grand Prix in July showed the full potential of the ex-motorcycle racer, Surtees finishing second to Jack Brabham.

A season in the privately-run Coopers of the Yeoman Credit team followed, Surtees declining a competitive seat at Lotus over his discomfort at how Chapman was treating the drivers who would thus miss out, but reliability issues saw two fifth places the best results. Even there though Surtees’ ability was not in doubt, the highly-experienced Roy Salvadori acknowledging his younger team-mate as a ‘coming man’ and prepared to play second fiddle if required.

The team morphed into Bowmaker Racing for 1961 running Lolas, a pair of second place finishes enough to see Surtees finish fourth in the drivers’ championship, and earning him a move to Ferrari for 1963. 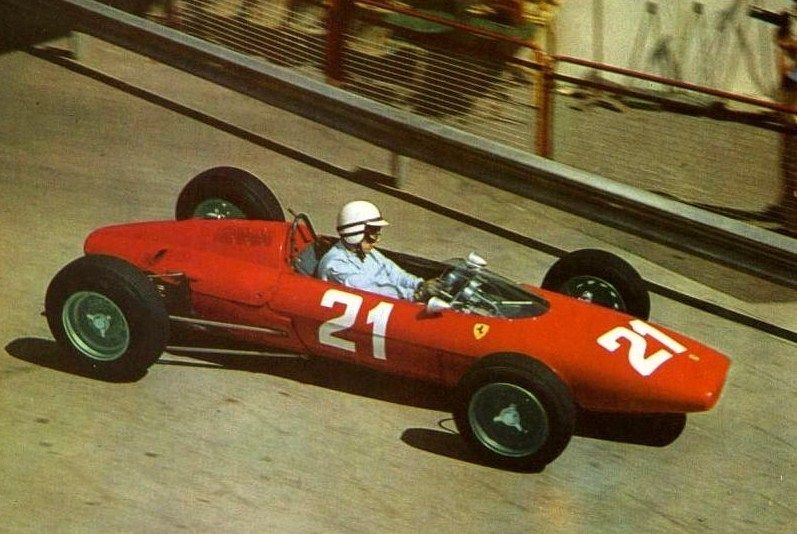 The V6 powered Ferrari 156 gave Surtees his first Grand Prix win at the German Grand Prix in August 1963, and also the opportunity to drive the Italian cars outside of Formula One. He won the Sebring 12 Hours in 1963 sharing a 250P with Lodovico Scarfiotti, and the Nurburgring 1000km partnered with Willy Mairesse.

It was not always an easy life for Surtees at Ferrari, his straight-forward approach often at odds with the internal politics of the Italian team, but he had his rewards as the team introduced its V8 1.5 litre engine for 1964, which in the new 158 saw Surtees never finish off the podium and take two wins on his way to the Formula One title.

His patience with Ferrari ran out at Le Mans in 1966, having returned to racing after a huge accident in a Lola T70 in a sportscar race in Canada near the end of the 1965 season. Ongoing friction with team manager Eugenio Dragoni peaked with a disagreement about starting drivers and Surtees, walked out – to drive back to Maranello to speak to Enzo Ferrari and give his views on the situation.

The Ferrari boss give his reasons for having to back Dragoni, reasons Surtees said he fully understood but would never reveal, and the British driver found a home at the Cooper team. Driving one of their bulky Maserati powered T81s, he reminded everyone of his pace by winning the Mexican Grand Prix that closed the season.

Life was never quite so successful in Formula One again for Surtees, though he gave Honda their first Formula One win in the RA300 at Monza in 1968 - his final Grand Prix victory. A spell at BRM led him to run his own team, where he could fully indulge his interest in the technicalities of the cars and the design process, but was usually hampered by budget restraints when up against the big teams.

That stubborn and focused streak that made him such a successful racer may have sometimes left him ill-suited for the dagger sharp internal politics of Formula One, but there is no doubt that even without his motorcycle successes he would have been regarded as a racing great, this appreciation barely touching on his successes outside of Grand Prix racing, which saw him still quick enough to be winning in Formula Two in 1972.

On This Day: Mike Thackwell, A Man Who Drove His Own Path