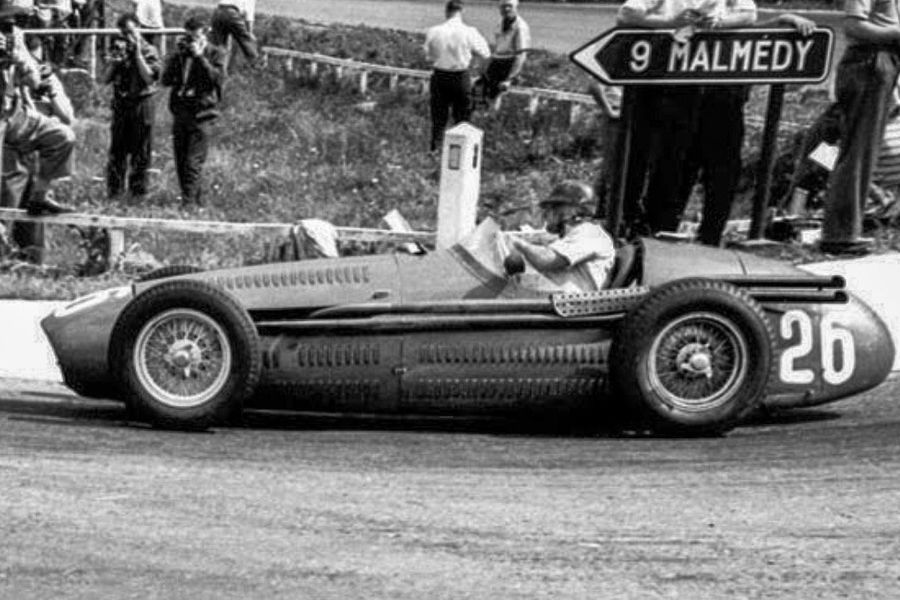 Vietato Fosferro Fumare was born into a family of Diplomats at the Castella di Fumare in April 1930. Vietato was the elder of two sons, his younger brother Incendo  was also to become a racing driver. The family had hoped that Incendo would follow his uncle Ignazio, Cardinale Fumare in to the church, but, as Vietato laughingly explained many years later, ‘an incident with three nuns at the local church of St Bruno made that impossible’. We can only wonder.

The young Vietato followed his father to various postings around the world, notably to England where he initially served at the Italian consulate in Bristol, where he lived at No 10 Holland House. He attended Marlboro College and soon Fumare senior was transferred to the embassy in Piccadilly, and lived at the somewhat regal address of No.6, The Strand, where the family adopted a black cat which, as true Anglophiles, they named Winston. It was at this time that young Vietato had his first taste of motor sport when he attended hill climbs in Kent and Chesterfield.

At the outbreak of war, The famiglia Fumare returned home where Fumare senior enrolled in the Guards and was promoted to ADC to ‘Il Duce’, frequently travelling on his personal train, the State Express.

Sadly Fumare senior was to die young, shortly after the war after a protracted illness.

Vietato inherited not only the Castella di Fumare, but also a sizeable fortune and before long his thoughts turned to motor racing. He developed what was to become a long-term friendship with fellow aristocrat Wolfgang von Trips and indeed they dated the American heiress socialites May Bryant and Vesta Swan, and were seen at all the right parties together. Whilst von Trips relationship eventually was blown out by his commitment to his motor racing career, Vietato Fumare went on to marry Vesta, many people seeing them as the perfect match.

It was in 1951 that Fumare first met Enzo Ferrari. The nobleman was not immediately enamoured by the working class boy with big ambitions, but he nonetheless was one of the first buyers of a Ferrari 340. After various outings in local Italian races, Fumare ran the Mille Migla in 1952, and, whilst not covering himself in glory, he was thereafter determined to become a racing driver.

The first of many arguments with Enzo Ferrari saw Fumare take his business to Maserati for his next big step. He bought a 250F, which he loved, and he competed in the Grands Prix at Monza Silverstone, Nuburgring Reims and Spa in 1954. Indeed Spa was very nearly his undoing, losing control at the redoubtable Masta kink he was heading for the wall of the house which forms the ‘kink’ on the left hand side, when a boulder in the road deflected the car just enough to push it through a hedge instead, with little damage to car or driver. “in all my years of racing, this was the only time I was truly frightened in a car” he said, many years later. A lucky strike indeed.  Although he loved his 250F he soon realised that single seaters were not his forte and he sold the car at the end of the 1955 season.

He and Vesta decided to filter their automotive efforts in a different direction. Fumare had been at school with Hugh Nosmo-King, himself a good-to-adequate club racer. His biggest claim to fame was beating all three works Ferraris to take a fortuitous win at Goodwood in 1950; the Daily Express back page headline hung on his wall until the day he died, heralding his win as "England's Glory". The two old friends went into business together, selling high end road and competition cars. They rented a showroom in Berkeley Square, Mayfair and, as often as not, treated the nearby Carlton Club as their office. Whilst they were, perhaps unsurprisingly, not overly successful, their aristocratic breeding did, at one time, see them taking a number of cars to Windsor for the Sovreign to test drive.

However the draw of the race track was too strong and Fumare went, somewhat cap-in-hand to Maranello. Ferrari offered him a sports car drive but with three cars and five drivers, his 1959 season was patchy to say the least. It was significant because it saw Vietato debut at that June’s Le Mans 24 Hours. He also drove for the first time with a man who was to be significant in his driving life, Nino Vacarella.

The Fumare/Vacarella partnership soon became a fixture of the Ferrari driver line up. The two also drove for the Mexican Ferrari importer, Hermanos Rodriguez (father of racing brothers Ricardo and Pedro), though neither of the fiery Italians got on with the mercurial, and very rotund, team manager Gustavo ‘Slim’ Panatella.

By the late sixties a new breed was arriving and Fumare began to feel marginalised. With the advent of cigarette sponsorship, most drivers carried the name of a tobacco brand on their overalls, indeed virtually all the Ferrari squad were part of the ‘Marlboro World Championship Team’. Fumare felt unable to endorse a cigarette brand, having seen his father die young, and this could only accelerate his fall from grace.

But the story does not end there because by 1975 there was a new Fumare on the grid, as Vietato’s son, Sigifredo ‘Sigi’ Fumare had started his climb to the top. Starting in Formula Ford, he rose to the top, ultimately driving for Alfa Romeo in touring cars. 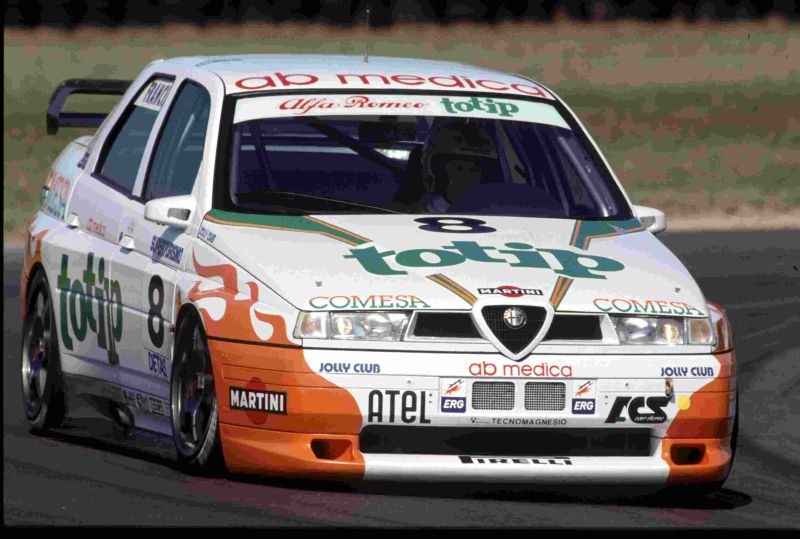 And the dynasty does not stop there. Look down the entry list in European Formula Three and, running number 555 you will find a young lady with racing in her blood. Daughter to Sigi and Granddaughter to Vietato, Alekjandrina ‘Ash’ Fumare is keeping the family name alive (below). And there is talk of a drive at Le Mans in a Ferrari 488GTE. The circle is complete.

We understand that Vietato will spend a quiet day at the Castella Fumare and we wish him a very happy 90th birthday. 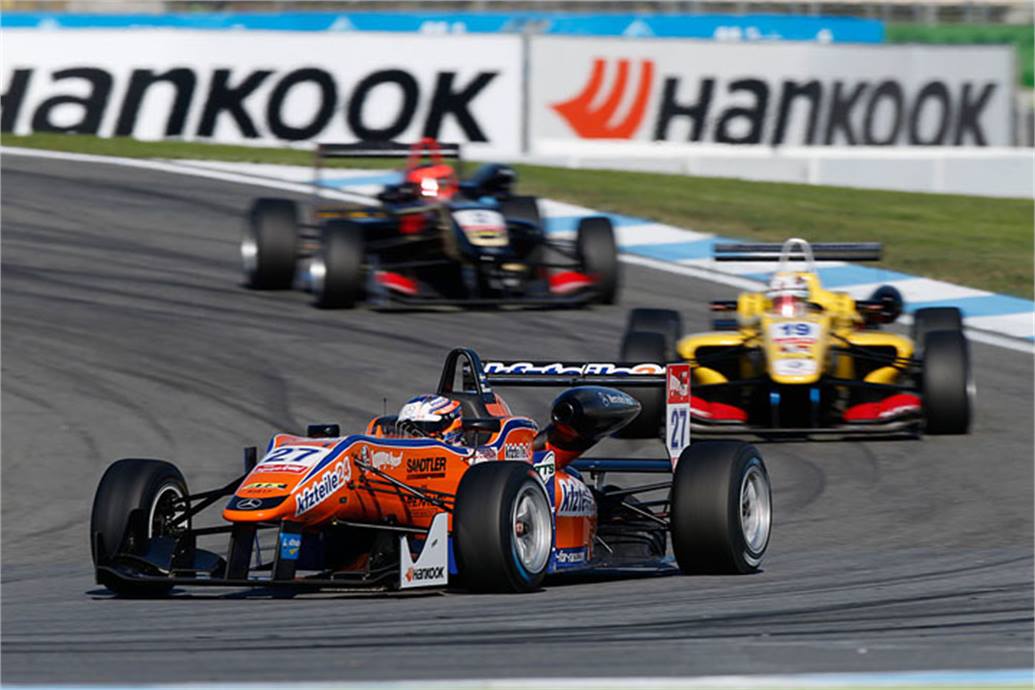 On This Day Vietato Fumare