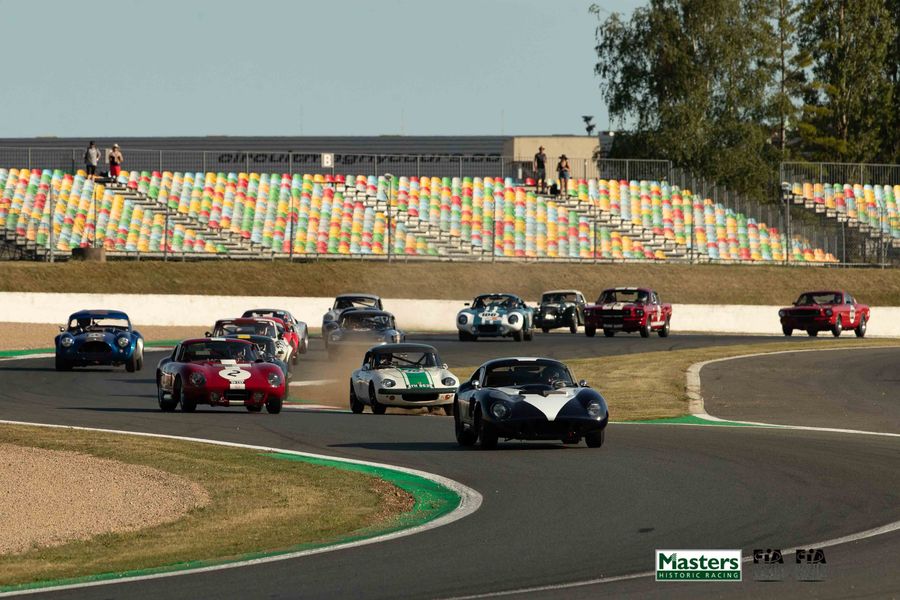 Martin Stretton, Matteo Ferrer-Aza and the pairings of Leo Voyazides/Simon Hadfield and Julian Thomas/Calum Lockie climbed the top step of the podium at Magny-Cours for the second running of the French Historic Grand Prix, but effectively each and every Masters driver was a hero in the exceptional heat, all having to survive ambient temperatures reaching 40 degrees – and cockpit temperatures well into the fifties!

In FIA Masters Historic Formula One, Martin Stretton converted pole into victory in the first race but a gearbox issue prevented him from starting his Tyrrell 012 in the second race. Matteo Ferrer-Aza (Ligier JS11/15) survived a very eventful first few laps to win on Sunday. The Ligier driver’s victory was very popular with the French crowd, with the car’s former driver Jacques Laffite handing out the laurels to the Italian. 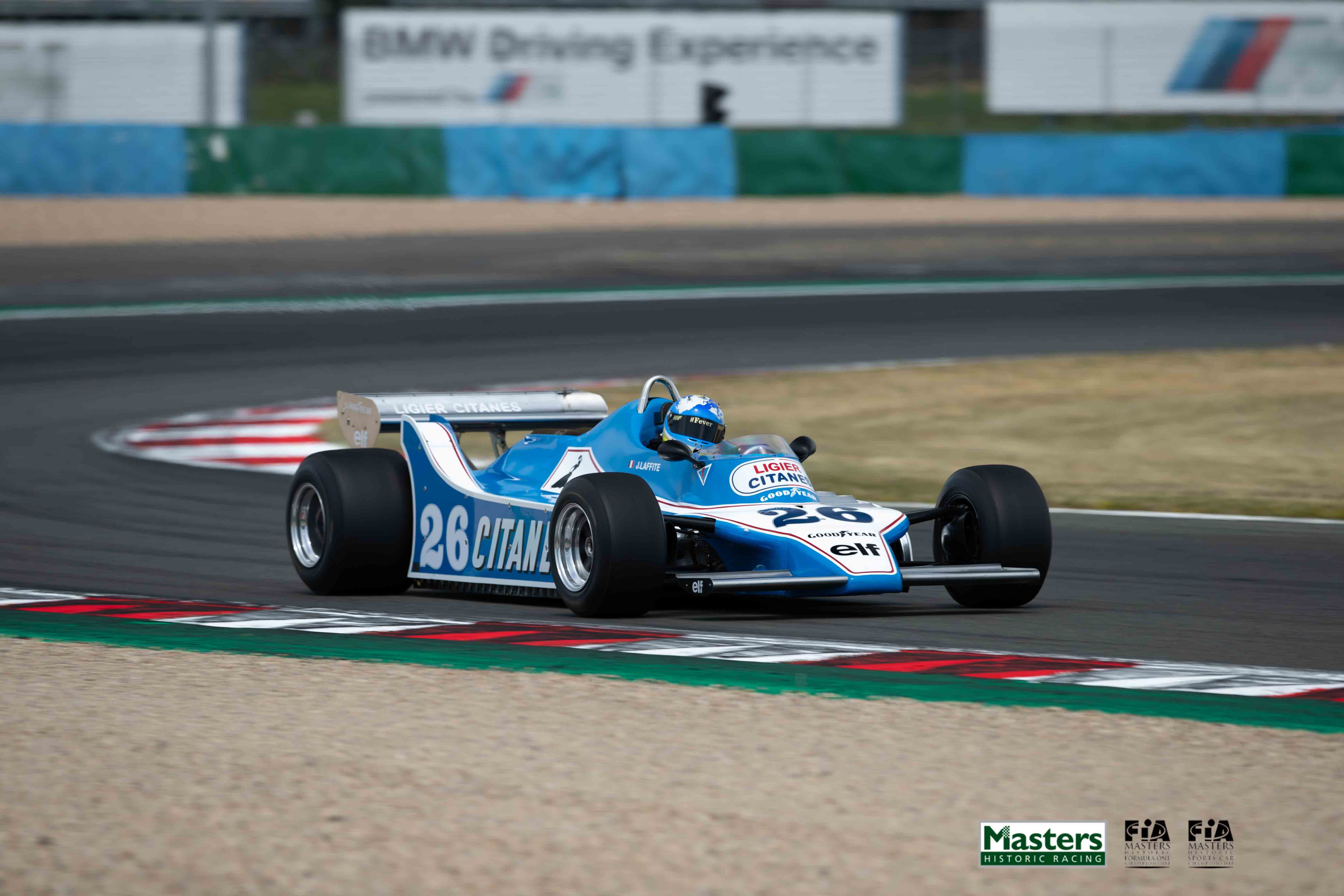 Henry Fletcher (March 761) won the pre-78 class on Saturday but an early clash with local hero Soheil Ayari’s Ligier-Matra JS17 put him out of contention for a second win. Instead, Andrew Haddon took the spoils in his Hesketh 308C.

On an excruciatingly hot Saturday evening, Julian Thomas and Calum Lockie (Shelby Cobra Daytona Coupé) trounced the opposition to win the 90-minute Masters Gentlemen Drivers race. After their fiery retirement at Donington Park, the pair bounced back to add to their previous winning runs at Paul Ricard and Brands Hatch. Andrew Haddon took a strong second on the road in his Lotus Elan but when he was struck by a 10-second time penalty the position changed hands to the other Daytona Cobra of Leo Voyazides and Simon Hadfield.

Voyazides and Hadfield hit back on Sunday, cornering both the Masters Pre-66 Touring Cars and FIA Masters Historic Sports Car spoils in what proved to be a very productive morning for the Anglo-Greek pairing. Strong opening stints by Voyazides provided the platform for Hadfield to bring the wins home.

Going head to head with Lockie in similar Ford Falcons, Hadfield came out on top in the touring-car race when Lockie locked up under braking for the hairpin. Mark Martin shone to take third in a Lotus Cortina hampered by gearbox issues, while Tom Bell made it four out of four in the Mini class. 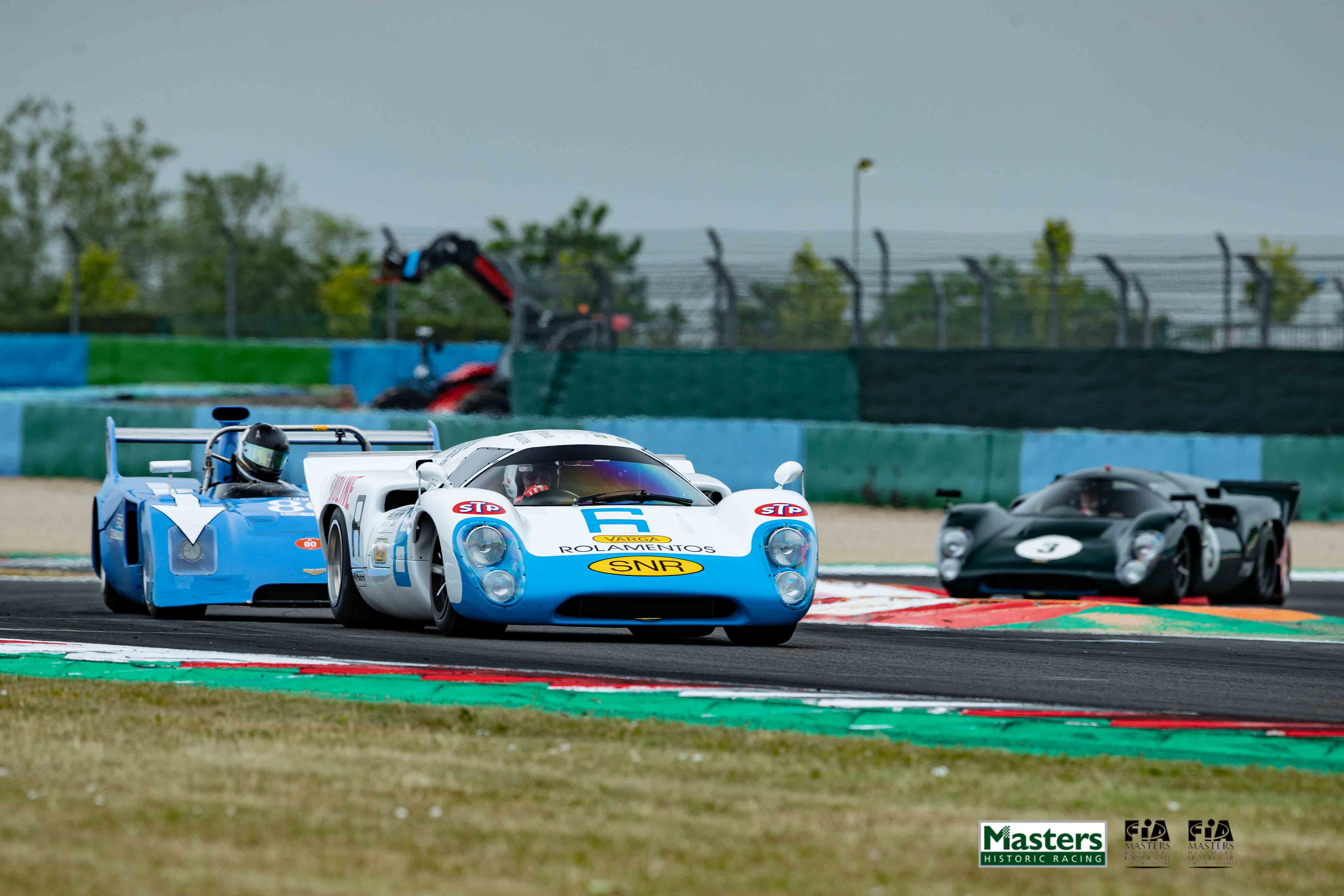 In the FIA Masters Historic Sportscar race, Hadfield looked under control in the closing stages but was in fact under threat by a 5-second penalty for speeding in the pitlane and his engine losing a cylinder two laps from the end. Andy Wolfe in the similar Lola T70 Mk3B started by Jason Wright smelled blood but Wolfe was fighting a gearbox problem that on his final do-or-die lap made him miss a corner and hit the barriers.

In their fight for pre-66 class honours, two spins by Chris Jolly in the Cooper Monaco T61M shared with Steve Farthing outweighed the stop-and-go penalty forced on Keith Ahlers and Billy Bellinger for missing the pit window, the latter pairing taking the class win in their Cooper Monaco King Cobra.