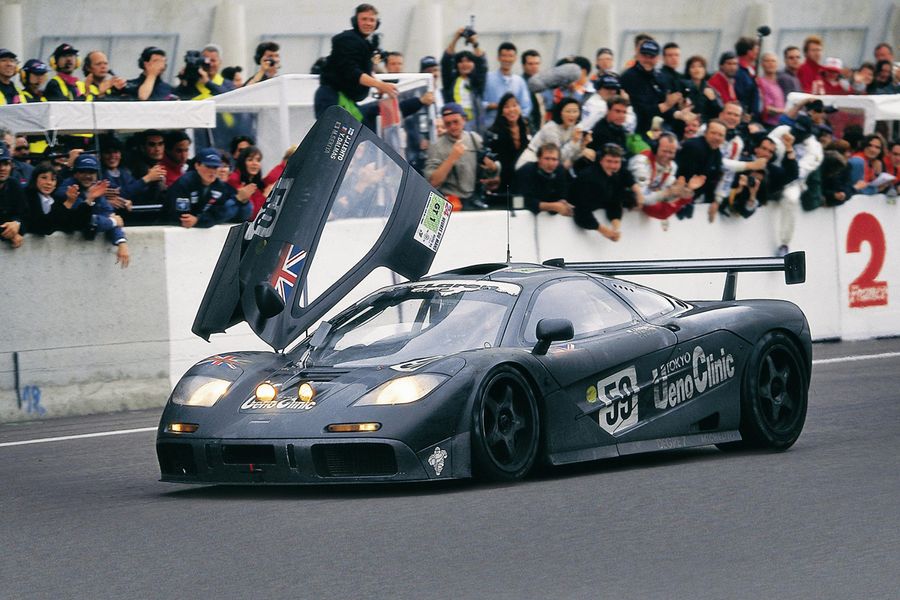 He had done karting from the age of six, plus been doing motocross all over Finland, and after winning numerous karting events he graduated to Formula Ford. Dominating Scandinavian FFord, his performances got him noticed and he credits Keke Rosberg, who got him into the Philip Morris/Marlboro programme. Moving to the UK he entered Formula Ford 2000 and would win the British and European F2000 championship in 1987.

Driving for Pacific Racing, he became British F3 champion, against drivers including Damon Hill, Eddie Irvine, Martin Donnelly and Gary Brabham. He stayed with the team as they moved up to F3000 in 1989 though it was a disappointing season for him. During this time he tested for Ferrari, with their semi-automatic sequential box, carbon brakes and a 750bhp V12 and described how physical it was. With no power steering, nor power brakes ‘it beat him up every time he got in it. They worked from 9am to 8pm, doing many GP distances per day around Fiorano, and in the evenings the team would suggest going out but he would just go back to the hotel and pass out on his bed. Then it was back at the track for 8am, driving all day again.’ He broke Nigel Mansell’s Fiorano lap record and says he was just incredibly grateful to have the experience. 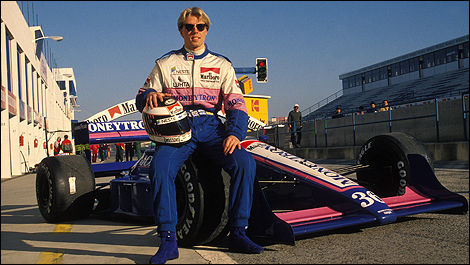 His Formula One debut came with the Onyx team at Estoril but although he didn’t prequalify for the race he impressed with his speed in the tough sessions and made his first start in the following race. In the wet season finale at Adelaide he ran as high as fifth before retiring with waterlogged electrics. Onyx were sold to Peter Monteverdi and he raced with Gregor Foitek but financial difficulties hampered the season and the team withdrew after the Hungarian Grand Prix.

For 1991 he was signed by Scuderia Italia and although they had to go through pre-qualifying, they established themselves as decent midfield runners. At a wet San Marino, he finished third (finding himself on the podium with A.Senna and G.Berger) but due to poor reliability and bad luck he only finished on four other occasions. He continued with the team the following year but his best result was a seventh place finish at Spa.

He raced for Sauber in 1993 and the season started well, finishing fifth at Kyalami on the team’s debut, followed by fourth at Imola (despite a late engine failure) but there were no further points finishes that season.

1994 saw him move to Benetton, alongside Michael Schumacher, but during pre-season testing at Silverstone he crashed and broke his neck. After an operation, it was a hard recovery, and Jos Verstappen replaced him for the first two GPs. He returned at the ill fated San Marino Grand Prix though after qualifying fifth, he stalled on the grid and was struck from behind by Pedro Lamy's Lotus. During the season there were ongoing concerns about his neck and he was eventually replaced at the French GP but he returned to race in Italy and Portugal (replacing a suspended Schumacher). However, he was released from the team after this, from where he went to race in two GPs for Sauber; retiring in Japan and finishing tenth in Australia.

Following his final two F1 races for Sauber, he raced in the DTM plus raced a McLaren F1 GTR to victory in 1995’s 24 Hours of Le Mans (with Yannick Dalmas and Masanori Sekiya). That year it rained for 20 hours and while others were driving cautiously during a wet night he was seen sliding the car and at times lapping 30 seconds faster than everyone else. Paul Lanzante, who ran the car, said that before the race ‘they had decided on the lap time they should try to stick to; JJ appeared to think that still applied in the wet…’

Racing in 1997’s FIA GT Championship (with Steve Soper), there would be a win at the Thunder In Helsinki round and he came second in the series.

1998 saw him in America, racing in CART with Team Hogan, with a best result of fifth at Surfers Paradise though he was tempted back into sportscars, driving BMW’s V12 LMR in the ALMS. He won four races in the series but lost the title on a technicality and, remaining in the ALMS, he moved into the GT-class in 2000 with the M3 GTR.

Turining down a drive in the European Touring Car Championship with BMW, he joined Cadillac’s Northstar LMP sportscar programme at Le Mans and in the ALMS, and there were regular podium placings in the second half of the year. He won four times in 2003, driving Champion Racing’s Audi R8, including the Petit Le Mans at Road Atlanta and in 2004 won the title, taking six victories, and three second place finishes.

He finished in third place again in 2005 but it was an impressive full, final, season in racing due to winning the 12 Hours of Sebring and the 24 Hours of Le Mans.

2007 saw him at the 24 Hours of Daytona with Krohn Racing (with Colin Braun and Max Papis) and in 2008 he drove in the Bahrein and Dubai rounds of the Speedcar Series. Sadly, in 2010 he was involved in a boating accident which killed a friend and left him injured. As he had been drinking he faced criminal charges and the following year a Court found him guilty of drunk sailing and negligent homicide, and sentenced him to two years and four months in prison. He appealed the decision, and the Court of Appeal cleared him of all charges in 2012.

He became very reclusive for the years afterwards though in 2015, McLaren wanted their original F1 GTRs to do a parade before the 2015 Le Mans race began. After many attempts at contacting him, JJ was finally tempted back and reunited with the winning car and crew.

I attended a media day for the European Le Mans Series in the early 2000s at Donington Park and had the pleasure of being driven round the circuit by JJ Lehto in brand-new BMW M3. Before we got to the end of the pit-lane we were chatting about our families, and we processed to complete several laps with every corner a feat of outrageously provoked oversteer - most of the time JJ steering with one hand while looking at me as we talked.

We were using the full GP layout so the final corner back onto the pit straight was pretty much 180 degrees, and this JJ approached with particular relish as the pit crew were sure he could not lay down a smokescreen of tyre smoke all the way through it, while he felt this was perfectly achievable. It was a memorable ten minutes or so, and the M3 left on a trailer after the hour of media rides, no longer fit for the public road. A fun time with a friendly guy.

On This Day JJ Lehto Formula One