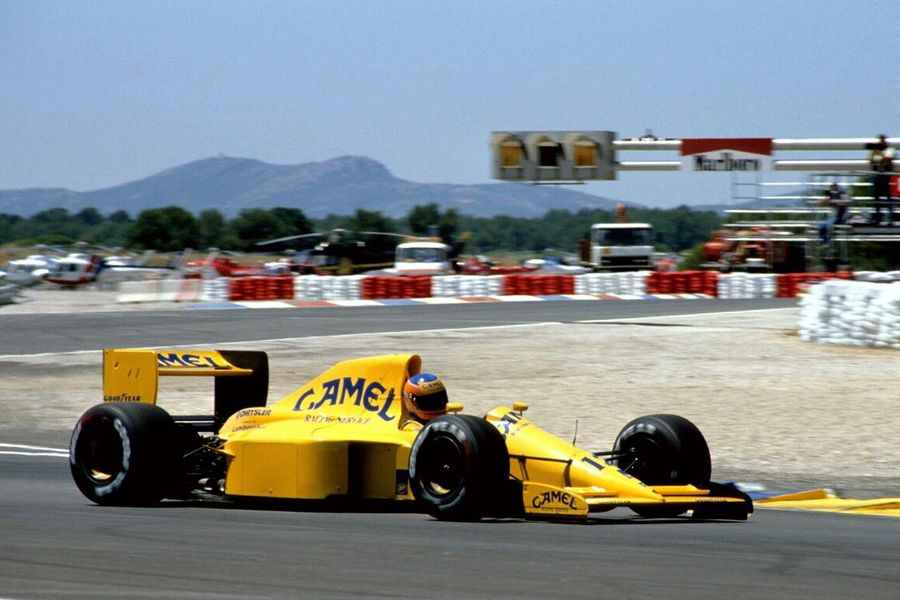 So much to take in and think about from this in-car video of Martin Donnelly in the Lotus 102 with its wailing V12 Lamborghini engine at Estoril in 1990. The rapid Ulsterman talks us round a quick lap of the Portuguese circuit, where he qualified 15th, ahead of more experienced team-mate Derek Warwick.

Donnelly had impressed on his way up, taking three Marlboro Formula Three Championship races in his rookie season and having moved to Formula 3000 mid-season in 1988 to race for Eddie Jordan's team - taking two wins and two second-place finishes in just four races. He won again in 1989 in the competitive series, and had a one-off drive for Arrows in the French Grand Prix that saw him finish 12th after a delayed pitlane start, sealing a deal to drive for Lotus the next season.

Reliabilty issues caused problems, his car not even making it onto the grid of the season-opening US GP in Phoenix, and his best reult was a seventh in the Hungarian Grand Prix.

Compared to modern footage, in-car video quality is naturally still developing, and for anyone used to modern single-seaters, the sight of Donnelly taking his hand off the steering wheel of the Lotus to change gear - and on one occasion leaving it there to make the next upchange too - highlights what is now a lost skill, the manual gear-change. In the race at Estoril Donnelly retired with an alternator problem, his eighth non-finish in the 13 races so far that season.

More poignantly, also very obvious is how relatively exposed drivers appear in the cars of that era, and in qualifying for next race, the Spanish Grand Prix at Jerez, Donnelly had a huge accident during which the Lotus essentially came apart around him. It was a long road to recovery for the 26-year-old and his top-line career was over, a driver from whom much was expected by experienced observers at the time.