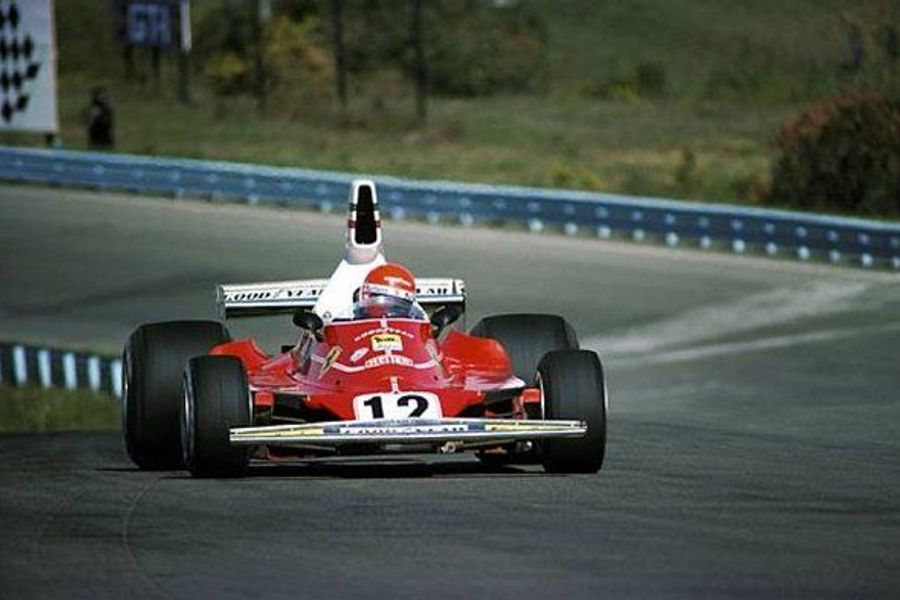 Ernest Hemmingway famously wrote, “There are only three sports, bullfighting, motor racing and mountaineering, all the rest are games.”

By that measure Niki Lauda was the ultimate sportsman. I have had few heroes in my life and he was one of those few.

I first met Lauda in 1975 on his way to his first world title. I was a 16-year-old cub reporter working for the local radio station and I cornered Niki.  He proved to be one of the few international stars who would deign to chat with a young American who could not possibly know anything about racing. He was direct, but very polite, and answered all of my questions thoughtfully.

One year later I got to witness first hand one of the most courageous comebacks in the history of sports and games! Just 40 days after his horrific Nurburgring crash,  Niki was back in his Ferrari for the Italian Grand Prix where he finished fourth. That was followed two weeks later with an eighth place finish in Canada.

So it was that Lauda came to Watkins Glen to race less than 10 weeks after receiving last rights in the hospital. It was Friday practice October 8th , the day after my 17th birthday. All of the media who were not regulars to the Formula One circus gathered at the Ferrari pit to watch this battered man head out for his first official laps of the weekend. However it is the post practice image that has stayed with me for the rest of my life and solidified my belief that this was the toughest most singularly driven sportsman I would ever see with my own eyes.

After a bit of an assist from the car, Lauda painstakingly removed his helmet to reveal a blood soaked balaclava. He then literally pealed off the stained garment only to debrief before accepting medical attention and then sat stoically as his bandages were re-applied. I had weaseled my way to the front of the group and showed him my microphone, and I don’t know if he remembered me from before but he waved me over. His Ferrari handlers were none too pleased. I was allowed one question only… “How do you do it?”  His reply, “This (meaning the wounds) is all superficial.  Drivers brains are wired differently, it is what I do.” I will never forget that.

Lauda retired after the end of the 1979 season after two racing for Brabham. He famously started an airline but was bored and did something very unexpected. He returned to Formula One three years later in 1982. His impact was immediately felt as he signed an unprecedented three million dollar contract to race for McLaren. At Kyalami he lead a drivers strike to protest aspects of the FIA’s super license restrictions on drivers ability to negotiate with teams, and it only took him three races to prove he had not lost a thing winning the Long Beach Grand Prix.

In 1984 and ’85 Lauda accepted an unwanted teammate in Alain Prost. The quick Frenchman would provide great motivation to the Austrian as Niki claimed his third world title by half a point over Prost five years after his first retirement. Despite Lauda’s recalcitrance at having such a quick teammate they famously got along very well, something nearly unheard of in Formula One. Prost even said, “I had a chance to spend two years by his side. They were the most beautiful and best seasons of my career”.

After his retirement in 1985 Niki went back to his airline business. Most recently he was the “gray eminence” behind much of the success enjoyed by the Mercedes team of today’s Formula One.

Niki was not afraid to tell the truth as he saw it. That was sometimes controversial and always news worthy in this day of corporate speak that is spewed by drivers the world over. Toto Wolff summed up the great champion best saying, “Niki will always remain one of the greatest legends of our sport. He combined heroism, humanity and honesty inside and outside the cockpit”.

God Speed and rest in peace Niki Lauda, you were one of a kind and there will never be another like you.