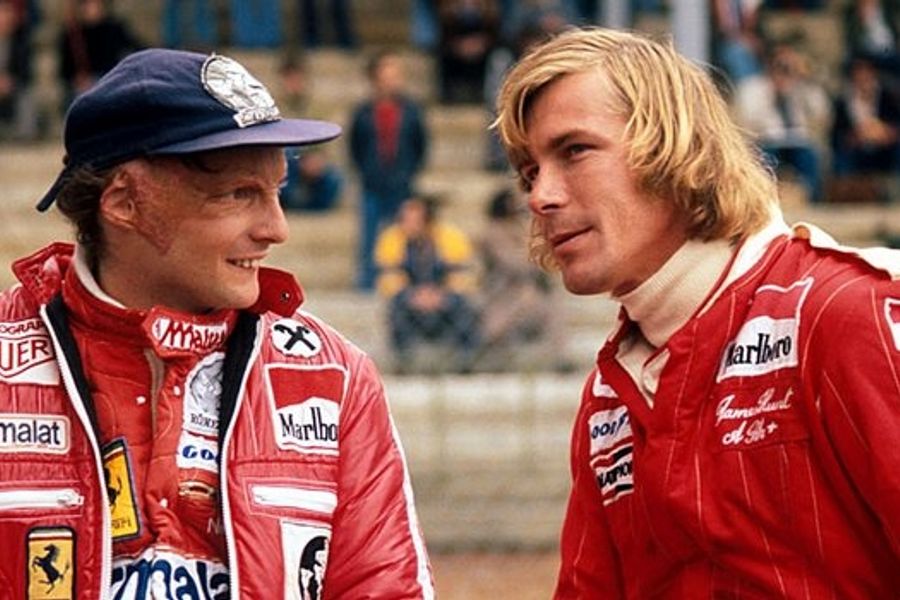 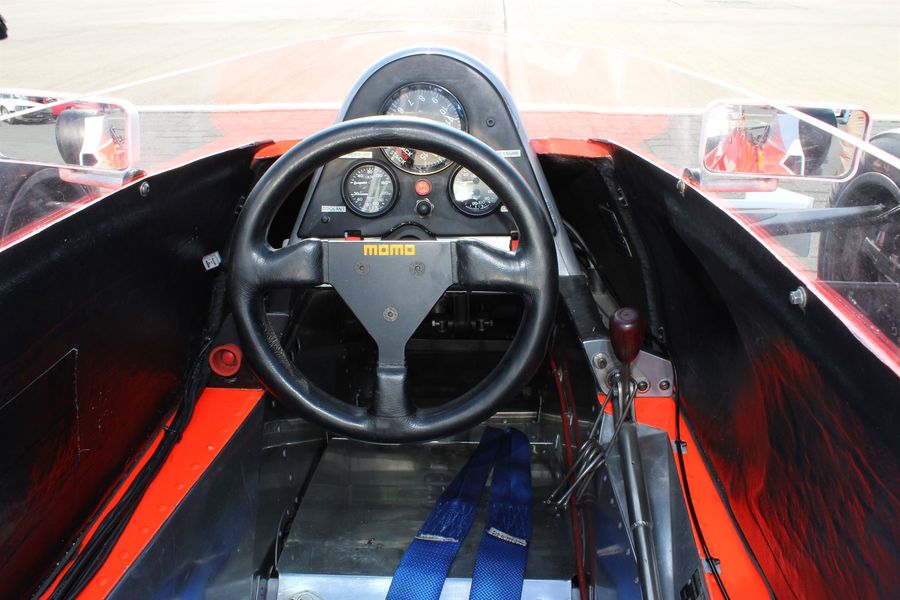 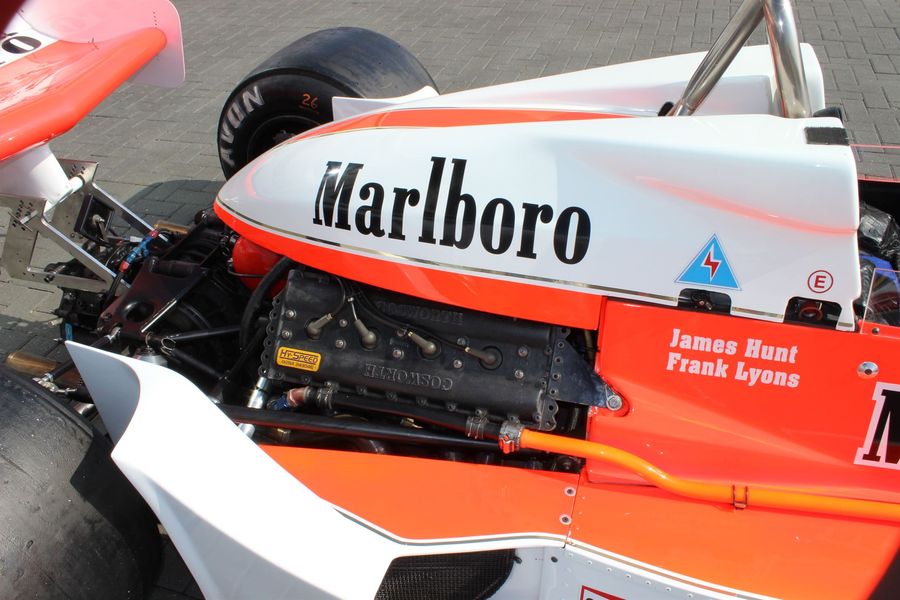 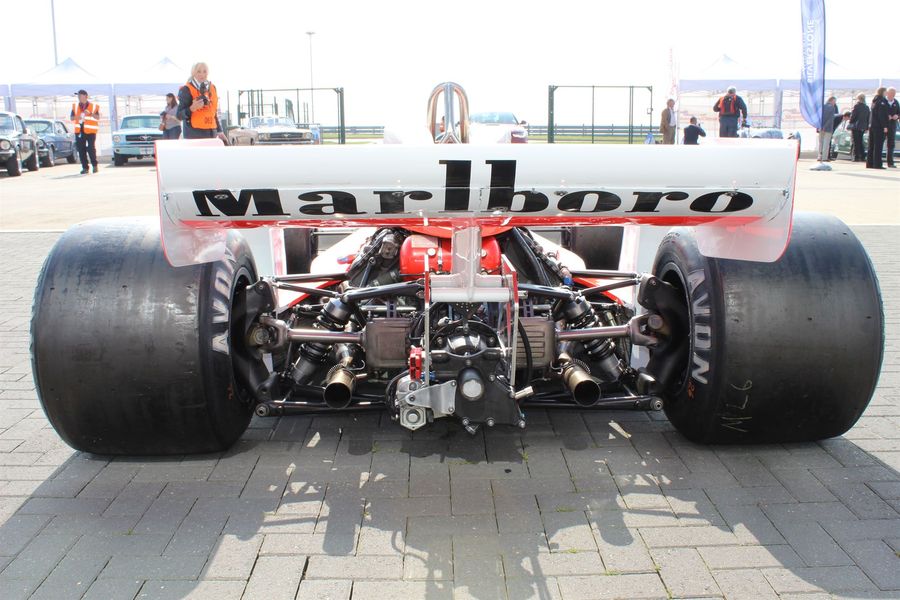 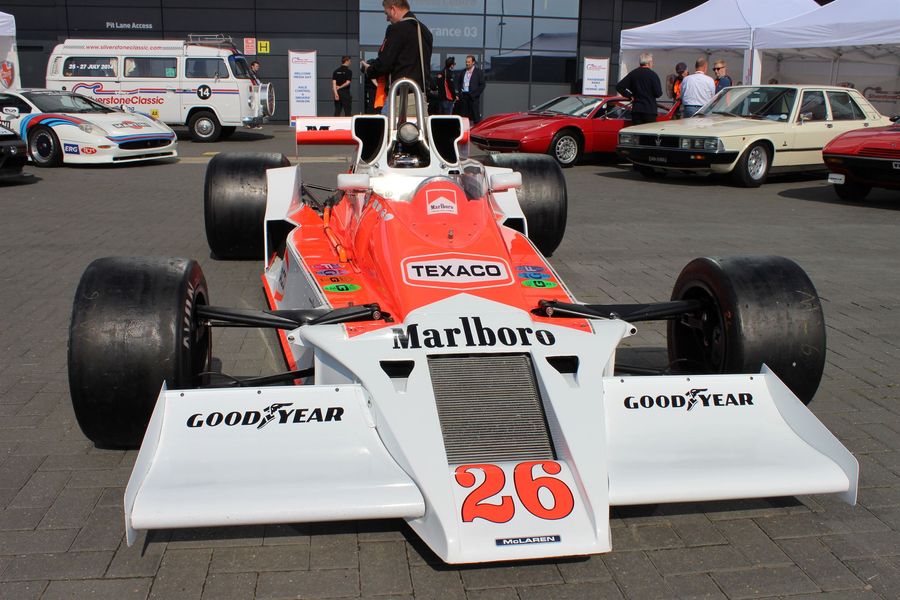 While this year's Formula One season ended with a race that Lewis Hamilton controlled from start to finish, not every final race has been so straightforward, and we look back at to the first Formula One GP in Japan which was also the last round of the championship - the famous 1976 race which saw James Hunt win the World Championship:

The combination of motorsport legend and Hollywood means the story of how James Hunt clinched the 1976 Formula One driver’s title is now well known, but the final events of one of the most dramatic Grand Prix seasons led to one of the most confusing and ever-changing races in  F1 history. As the race progressed the tactical advantage was going one way and then another in an atmosphere where a majority of competitors and observers were unsure of positions and fortunes in the battle for the race win and the championship title

The Mount Fuji circuit on Sunday 24th October 1976 was mist shrouded and the rain that had started the previous night was still falling as the start time for the Japanese Grand Prix approached – with surface water on large parts of the circuit as the 1.30pm race start time approached. Originally only two drivers were willing to race – March’s Vittorio Brambilla and Clay Reggazoni, from Ferrari – but, despite having sampled the conditions in morning warm up, Hunt’s title rival Niki Lauda finding his Ferrari 312T2 car skating on the water at just 20mph, more drivers stated their willingness to race as the clock ticked on and once Hunt indicated to Lauda that if the race did start he would be on the grid…the die was cast.

Lauda had been in dominant form early in the season taking five wins and two second places in the opening nine races, only a retirement at the French GP at Paul Ricard blemishing his record. Then came  the German GP at the Nurburgring on the first of August and his now well-known fiery accident, the Austrian’s very survival in doubt at one point. Hunt took the German GP win, following victories in his McLaren M23 at Jarama (Hunt reinstated after car issues in post-race scrutineering) and at Paul Ricard, plus a contentious disqualification from the British Grand Prix at Brands Hatch.

In Lauda’s absence Hunt had set about reducing his 26-point deficit to the championship leader, taking a fourth at the Osterreichring and a win at Zandvoort before heading to Monza for the Italian GP on September 12th – where beyond all expectations Lauda was back in a Ferrari. A retirement for Hunt and fourth for Lauda saw the gap grow again, but wins for Hunt in the Canadian and American races saw him just three points behind Lauda at the Fuji season-closer.

The decision was made to start the race at 3pm local time, any later and the 73-laps would have been completed in darkness, Hunt and the Lotus of Mario Andretti on the front row. Hunt led away, John Watson’s Penske second with Lauda third, Watson spinning early on as he caught a puddle trying to go past Hunt.

“James was on the dry line,” said Watson at the time, “I tried to go outside him, flicked the edge of a puddle and spun.”

After three laps Lauda’s 312T2 was coming down the pitlane, the Austrian climbing out, having decided the conditions were too much. “There are more important things in life than the World Championship” the Austrian would later write.

Hunt was over nine seconds clear of Andretti after ten laps, Brambilla going past the Lotus to set off after Hunt only to spin. Fourth place was now enough to give the Englishman the title, but after 20-laps the rain was easing, the mist clearing and the drying surface was beginning to take its toll on the wet-weather tyres.

Andretti began to preserve his wets, seeking out the damp parts of the circuit and slipping down the order, allowing Hunt’s team-mate Jochen Mass up to second. Hunt drove determinedly on the racing line, Mass going into the barriers on lap 36 as he found a wet patch exiting the final corner, the Tyrell P34 of Patrick Depailler moving into second.

With 20-laps to go Hunt could feel his front tyres beginning to go away from him, the Autosport magazine race report commenting that at this point “the track was now dry enough for rain tyres to become seriously overstressed. In fact, all the wet air had gone, the clouds had blown away from the circuit, some blue sky had appeared overhead and the lowering evening sun had begun to glow warmly over the scene….the soft rain compounds were wearing away at a frightening rate”.

It was Hunt’s call on what to do – continue or make a lengthy pit stop, but Depailler was closing and Andretti was back up to pace too.

“We figured James should know best how long he could run on that tyre,” McLaren’s Teddy Mayer is quoted as saying in Christopher Hilton’s book ‘Grand Prix Showdown’, “we weren’t about to overrule him and signal him in for a change.”

Hunt in turn was watching for a signal from the pits, and slowed to conserve his fronts, Depailler going past on lap 62, Andretti further demoting Hunt. Two laps later Depailler had a rear tyre go on his Tyrell and he crawled back to the pits, and on lap 68 as Hunt finally decided to pit, his decision was made for him as the front left started to shred tread as he turned into the pitlane, just as the weather began to worsen again.

He stopped at the McLaren pit – and the punctured front tyre meant the chassis was too low to get the jack under.

“One of our guys, Howard Moore, did a super job,” said Meyer. “We couldn’t get the jack under the wishbone but Howard lifted the car with his bare hands.”

As the team worked away Ferrari hearts lifted as Regazzoni went past down the pit straight, Depailler also further demoting the stationary Hunt. Finally the McLaren roared away – Hunt’s pit board telling him he was now sixth with five laps left.

In the confusion of spray and pit stops much of the lap-charting was showing signs of ambiguity – McLaren having Hunt a place lower than he actually was. All the now angry Hunt knew was that he had to push hard and overtake any car that presented itself to him out the gloom and spray.

On the run down the hill behind the pits Hunt went outside Alan Jones’s Surtees and held the outside to lance past Regazzoni. With two laps to go Hunt was closing on Depailler, McLaren having somehow worked out the correct race order to now know their man was third, and across the line Andretti took the win, Depailler took second with Hunt third – though the McLaren driver was not aware of his actual finishing slot.

Down the pit lane the M23’s Cosworth engine roared at Hunt briefly took out his frustration on the throttle, the red-faced racer sure he had lost the championship and was making his feelings clear to the team. Finally Meyer convinced him of the finishing order – three widely spaced fingers waved in front of Hunt’s face ultimately getting his attention. Even then Hunt was not sure “I want proof,” he was reported as saying, “I want to see it in writing.”

The Englishman had clinched the Driver’s title in a season that had caught the attention of the world for a host of reasons, a story so dramatic and at times unlikely that even now it is well known and the subject of a major feature film. In the aftermath of the race Niki Lauda had an unconvincing phone call of support from Enzo Ferrari, then went on to take the title for Ferrari the next season before moving to Brabham and taking a third title in 1984 with McLaren after a temporary retirement.

For James Hunt, 1976 was his only championship win, racing two more seasons for McLaren before retiring part way through the 1979 season when driving for Wolf Racing, but is always remembered for his dramatic championship win, while his lengthy celebrations of his victory are something that has long passed into motorsport legend of another sort.