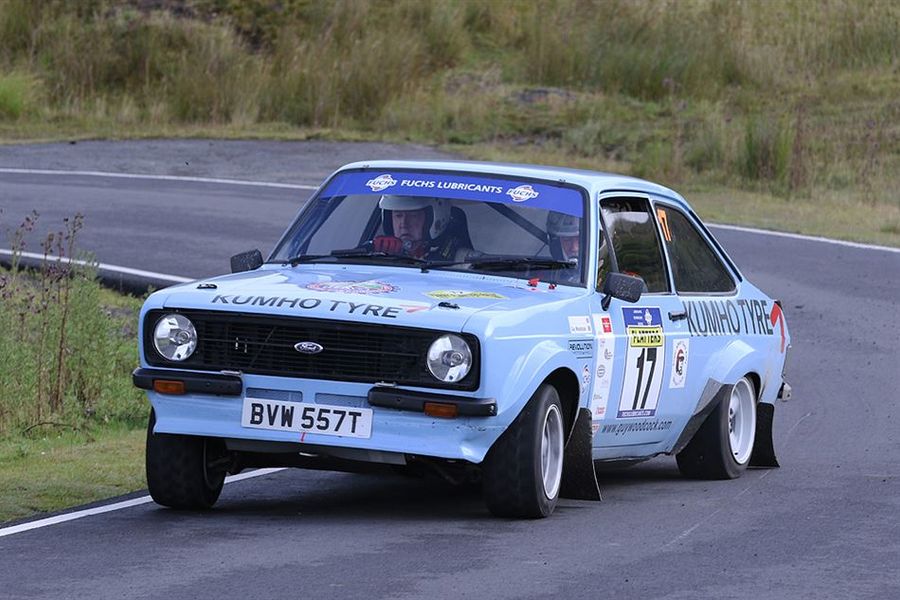 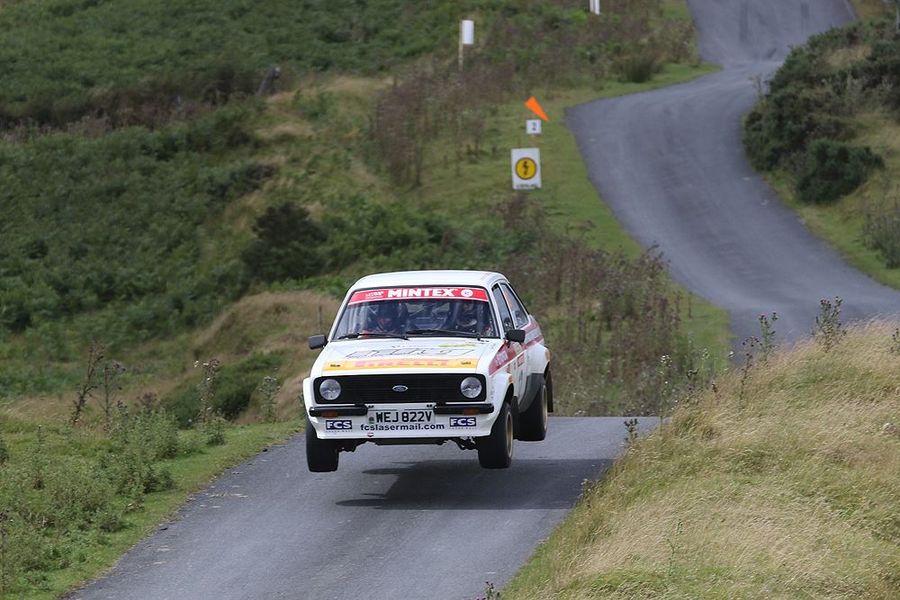 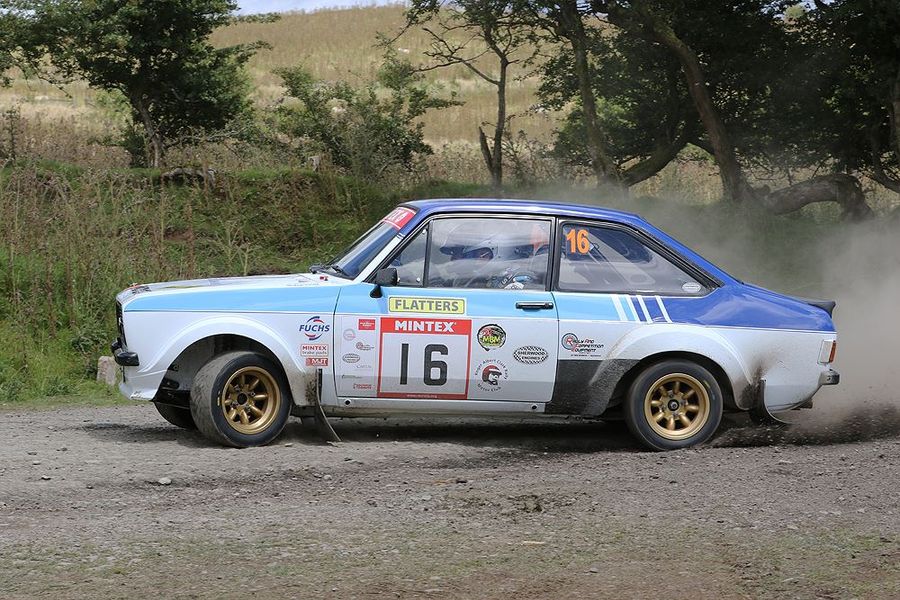 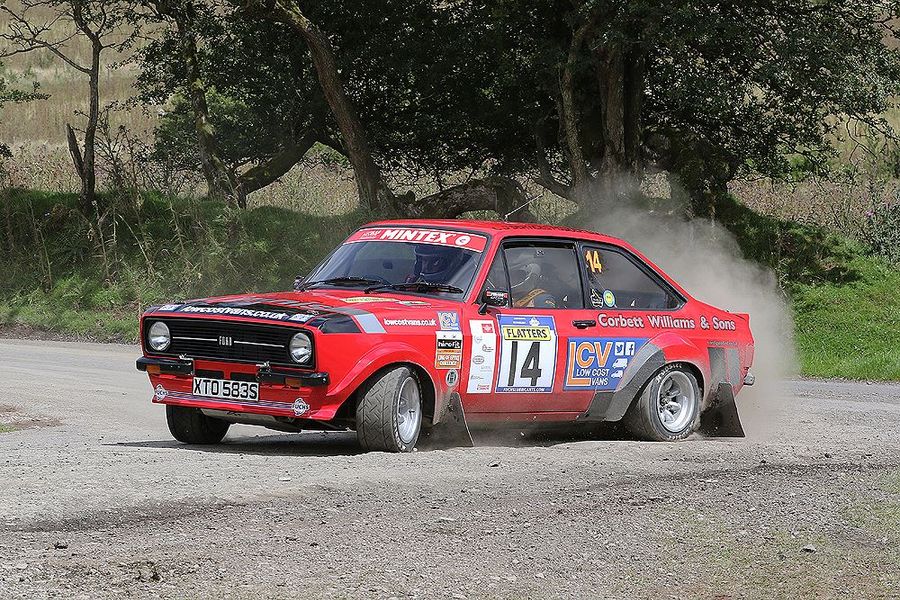 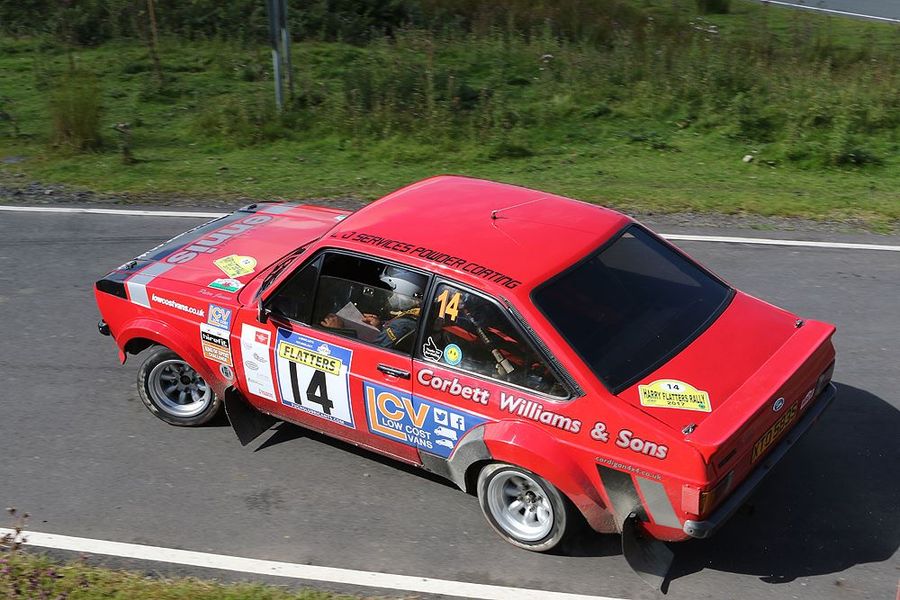 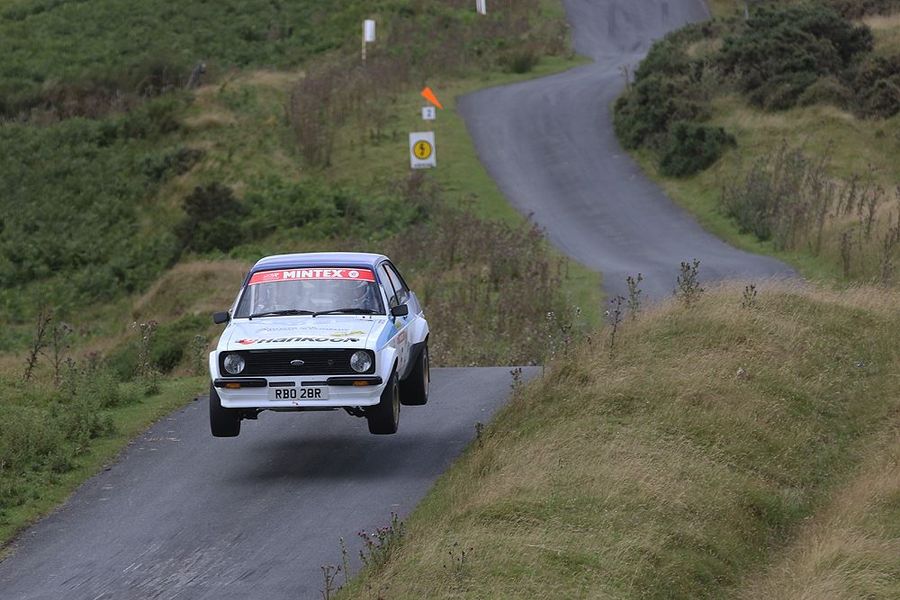 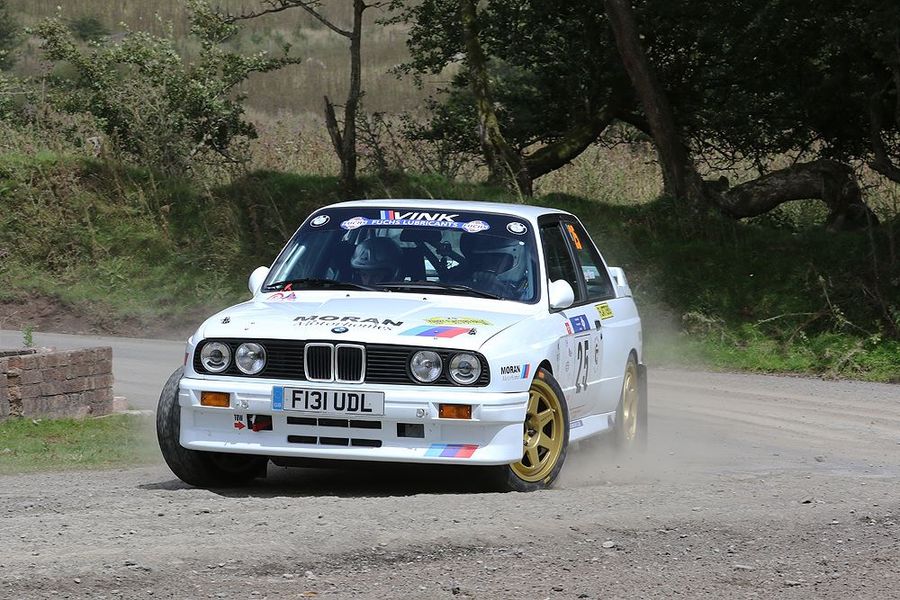 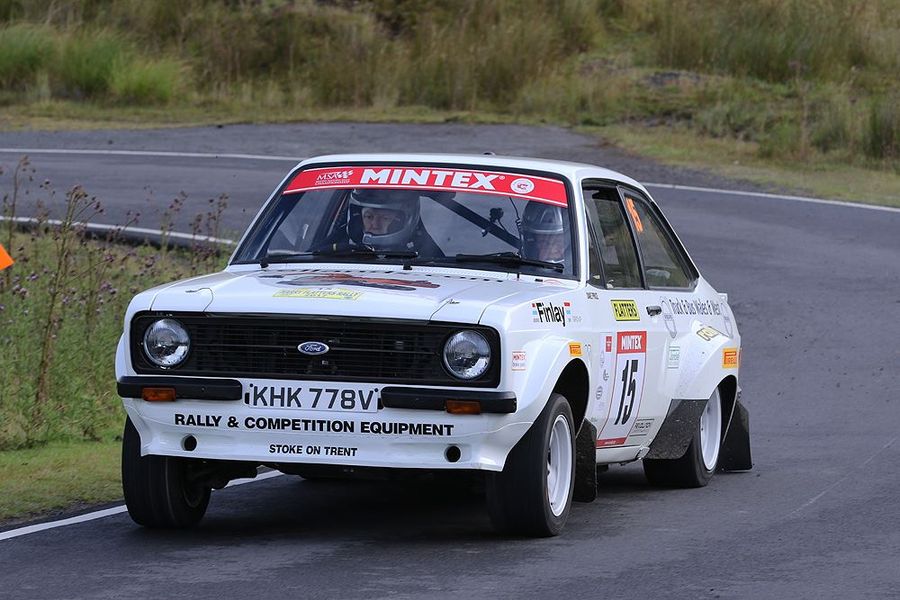 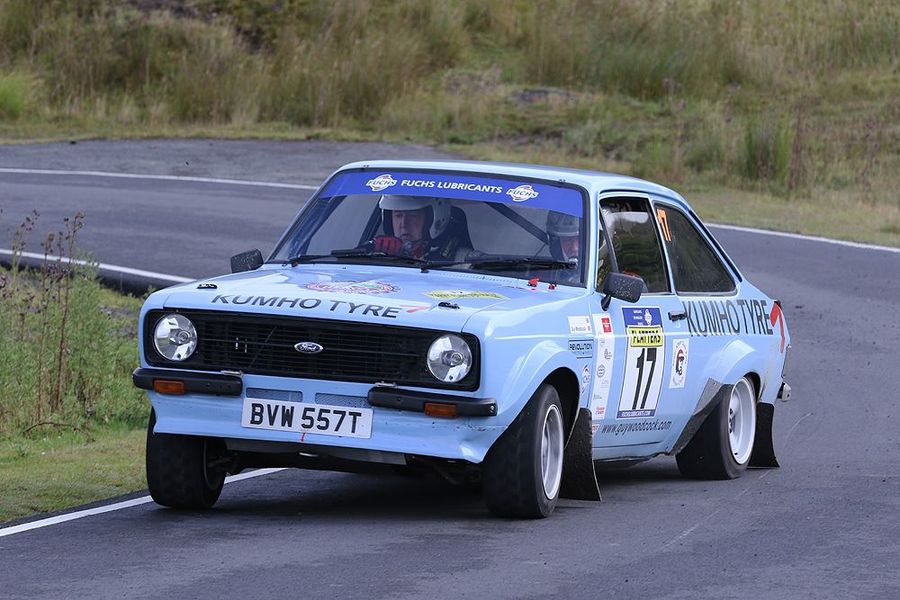 Click on the Gallery tab for pictures courtesy of Paul Lawrence.
Jason Pritchard and Phil Clarke took an important victory in round six of the 2017 Mintex MSA British Historic Rally Championship, the Harry Flatters Rally on Epynt (Sunday 30th July).
The result gives Pritchard and Clarke a shot at a third title if they can take maximum points from the remaining three rounds. Championship leaders Nick Elliott and Dave Price were edged back to fourth on the asphalt event by Rob Smith/Alun Cook and Neil Williams/Sion Jones after a tremendous four-way battle of Ford Escort Mk2s.
The annual charge over the demanding Epynt ranges was a very well-received event and the crews enjoyed five long stages, each of around 14 miles. The Brecon Motor Club rally ran slickly all day and the serious rain held off until crews were back in Brecon for the finish.
Pritchard was on the wrong tyres for the opening stage and dropped 17s as a result. Meanwhile, Elliott took the lead from Williams and Smith but a spin on the second stage cost Elliott a few seconds and it was Smith who went narrowly ahead of Williams. However a heavy landing near the start of the stage left Smith contending with a bent steering rack. After a precautionary gearbox change following SS2, Pritchard really attacked on the third test and went nine seconds faster than anyone to take a three-second lead.
The fourth stage was a repeat of SS3 running from east to west across the ranges and Pritchard took another eight seconds from his rivals and, even though Smith topped the final test by three seconds, Pritchard had done enough to secure his first BHRC win of the season. Second place was only settled on the final stage when Smith’s attack turned a one-second advantage for Williams into a five-second deficit, while Elliott was close behind in fourth.
Rudi Lancaster and Guy Weaver were a minute further back as the best of the rest, while Tim Freeman/Paul Williams beat Simon Webster/Jez Rogers by just a second in a close contest further down the overall top 10.
Into eighth in the BHRC ranks went Barry Stevenson-Wheeler/John Pickavance after a trying opening stage when a brand new rev limiter refused to allow their Escort Mk2 to run at more than 6000rpm.  Phil and Mick Squires had a good run to ninth while first in the Capital Construction Category 2 was the Escort Mk1 of Andrew Stokes and Adrian McNally. The final stage of the rally was named in honour of Andrew’s late brother David, as the 2015 Harry Flatters was his final rally.
Phil Jobson/Arwel Jenkins ran out of suitable tyres for their Escort Mk1 on SS4 and dropped time, to finish a frustrating 13s down on Category 2 rival Stokes, while Ben Friend and Cliffy Simmons struggled through the first two stages with a chronic misfire and lost around five minutes as a result. Leading the 1600cc cars in Category 2 was the Escort Mk1 of John Williams/Gethin Sollis while the Vintage Car Radiator Co Category 1 was again won by the Mini Cooper of Phil Harris and Richard Suter. A fifth category win from five starts means that Harris and Suter are now secure as Category 2 champions.
Provisional championship points after round Six of Nine:
1 Nick Elliott/Dave Price  161
2 Jason Pritchard/Phil Clarke 151
3 Rudi Lancaster/Guy Weaver 105