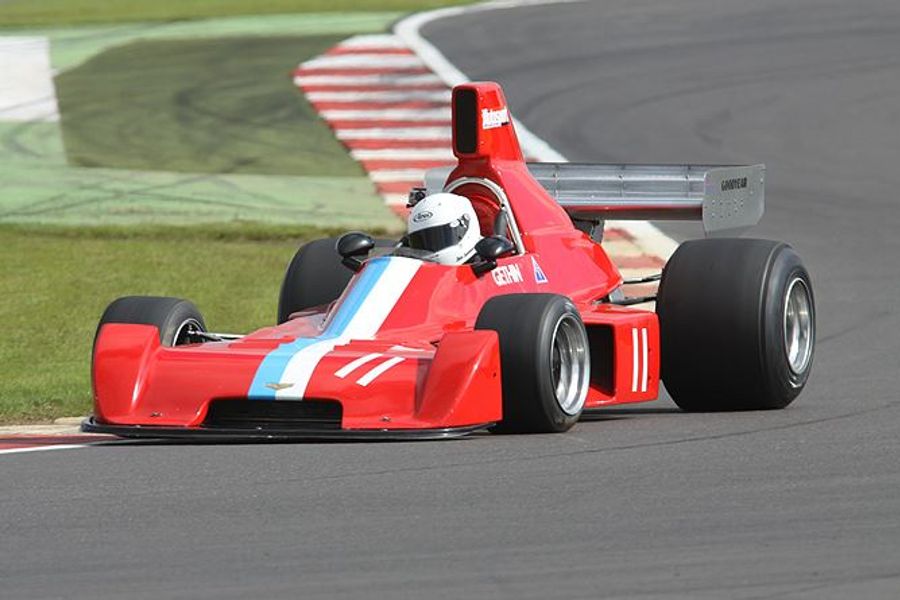 With a month to go to the Thruxton Easter Revival, the Historic Sports Car Club has already received 170 entries for the 4/5 April event and the total final entry is expected to grow to around 250 cars.

The 17-race weekend will celebrate the heritage of the Hampshire track, which has hosted racing on an unchanged lay-out since March 1968. Several of the 12 grids are heading towards a 33-car capacity field, including the GT element of the Guards Trophy and the Historic Formula Ford 1600.

The HSCC programme covers sports cars, touring cars and single-seaters from the 1960s, 1970s and 1980s. With eight races on Saturday and nine more on Sunday, it will be a full weekend including double-headers for Historic Formula Ford, Historic Formula Ford 2000, Historic Touring Cars, Classic Formula 3 and the Derek Bell Trophy for powerful single-seaters. Each of these grids will bring back memories of racing at Thruxton across three decades.

Among the star cars will be the Formula 5000 Chevron B37 raced by the later Peter Gethin when new in 1976. Gethin raced the unique car in the US in ‘76 and it then went to Australian racer Bruce Allison to race in the Shellsport Group 8 Championship in 1977. In September ’77, Allison took the car to second place at Thruxton behind the Formula 1 March of Guy Edwards. In qualifying, Allison took pole position in 1m11.1s, an average speed of 119.29mph.

Today, the B37 is owned and raced by Neil Glover, who has raced 5-litre Formula 5000s for a decade and is a past winner of the Derek Bell Trophy. As the Chevron marque reaches its 50th anniversary this year, Glover will start among the favourites for the opening races of the season at Thruxton. “It’s a beautiful car and I just love it,” says Glover of the car that runs in the period livery of the VDS team.

Also in the entry for the Derek Bell Trophy will be American James King, who raced Formula Atlantic and Formula 3 in the UK forty years ago. King will return to Thruxton with his Formula 2 March 712.

In the sport car ranks, the GT field for the Guards Trophy is a stand-out with an entry that already includes four TVR Griffiths, an AC Cobra, two Jaguar E-types and a gaggle of Lotus Elans, MGBs and Triumph TR4s.

Set to star in a capacity field of pre ’72 Formula Ford 1600s will be local ace and TV presenter Tiff Needell in his Lotus 69. He’ll go up against young lions like former champion Ben Mitchell and leading contenders Max Bartell and Will Nuthall.

Among a typically strong Formula Junior entry is 1970s single-seater star Mike Walker, who made a racing return last summer after 42 years out of the sport. He will now compete at Thruxton for the first time since 1972 and will race of only two Bond Formula Juniors ever produced. Both Bonds will be on the grid as Andrew Tart will race the other version of this unusual but highly effective front-wheel drive single-seater.