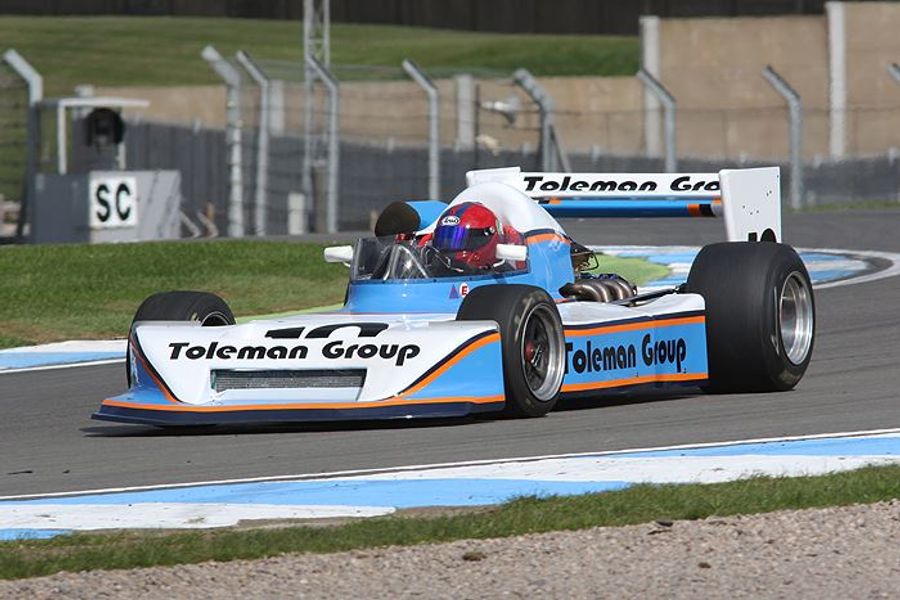 The entry list for the opening two races in the HSCC Historic Formula 2 FIA-sanctioned International Series is building strongly ahead of the high-profile Donington Historic Festival (28th-30th of April).
There are already 25-cars entered for the Donington event and there could be more to come yet as drivers prepare for the new season. Several cars have been running at Donington Park in the last few days, both in testing and during the HSCC’s race meeting on Saturday 8th April.
Richard Ellingworth’s March 782 was running strongly in testing, now looking better than ever in period Toleman livery. Also from the Dean Forward Racing squad will be former Historic F3 racer Julian Maynard in the ex-Jimmy Mieusset March 742. Team boss Dean Forward will also race his own March 782 when time permits and is hoping that he’ll be able to join the Donington grid.
Meanwhile, Bob Juggins was at Donington last week giving a freshly rebuilt Ralt RT1 a shakedown run. Experienced single-seater racer John Lord will make his Historic F2 debut in the car that was raced by Manfred Winkelhock and Axel Plankenhorn in period for the Italian Cassani team. Local racer Steve Seaman was also testing his ex-Eddie Cheever Ralt RT1.
In race action at Donington Park at the HSCC race meeting were the front-running March 742s of Richard Evans and Mark Dwyer as well as Australian visitor Martin Bullock in his 1970 Chevron B17C from the class for 1600cc F2 cars.
The Formula 2 cars have prime slot within the timetable for the Donington Historic Festival. After qualifying at 2.25pm on Friday, the races will start at 12.10pm on Saturday and 2.35pm on Sunday. More details about the event are available at www.doningtonhistoric.com
The HSCC Historic Formula 2 FIA-sanctioned International Series season will be contested over 10 rounds at five events:
Friday-Sunday April 28th-30th, Donington Park
Saturday/Sunday June 17th/18th, Nurburgring
Saturday/Sunday July 1st/2nd, Magny Cours
Saturday-Monday August 26th-28th, Oulton Park
Saturday/Sunday October 7th/8th, Dijon
In addition, a non-championship double-header will run on Saturday/Sunday May 27th/28th at the fabulous Pau street circuit in France.