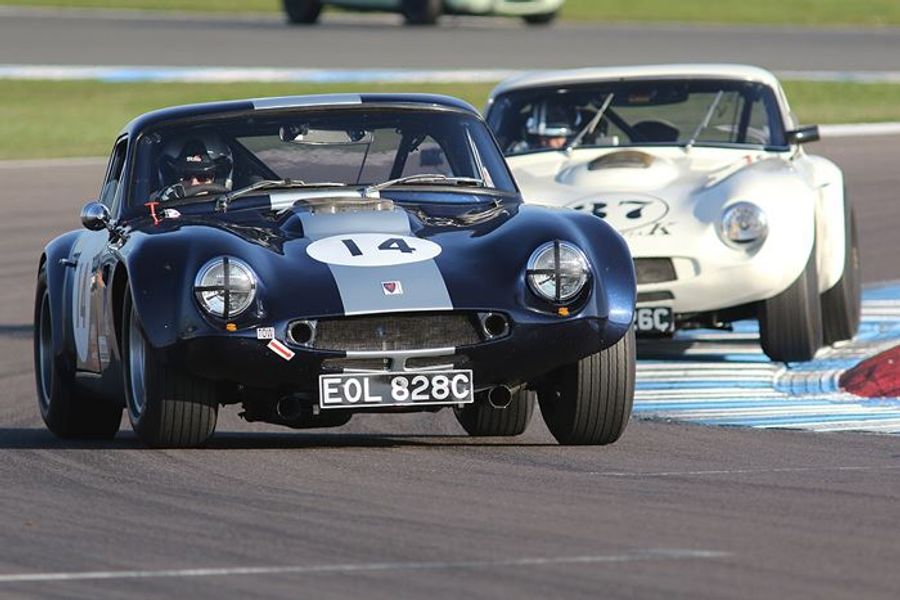 Over 40-cars will contest the second round of the Historic Sports Car Club’s Guards Trophy on the Silverstone Grand Prix circuit this Sunday (21st May).
The Guards Trophy is one of the HSCC’s longest-established championships and can trace its history back to 1974 as the Classic Sports Car Championship. For the last decade it has thrived as the Guards Trophy and a field of more than 40 cars will contest a 40-minute race on Sunday.
The Guards Trophy GT and Sports Racing Championship is contested by pre ‘66 GT cars and pre ‘69 sports-racing cars with an international sporting pedigree from period. Included from 2014 was an invitation class for larger engine sports-racing cars built prior to 1968.
The timeless Chevron B6/B8 design continues to be the car to have in the Guards Trophy and at least eight of them will race this weekend, topped by Sandy Watson, Philip Nelson and James Schryver and his uncle Michael. Brothers Mark and Charlie Colman race the B8 owned by their father Hugh, now repaired after being sent off the track in testing last month by an errant Renault Clio.
The GT division has added spice with the presence of the stunning Shelby Daytona Cobra of Leo Voyazides and Simon Hadfield. Their rivals are topped by the TVR Griffiths of regular pacesetters Mike Gardiner/Dan Cox, Mike Whitaker and John Spiers/Benji Hetherington.
Among the less powerful GT cars are eight Lotus Elans, including the car of defending champion John Davison. A total of 13 Lotuses will be on the grid including four 23Bs and the invitation class 19 of Nick Daunt/Grant Gibson and among the 23Bs is the car of USA-based Ned Spieker.