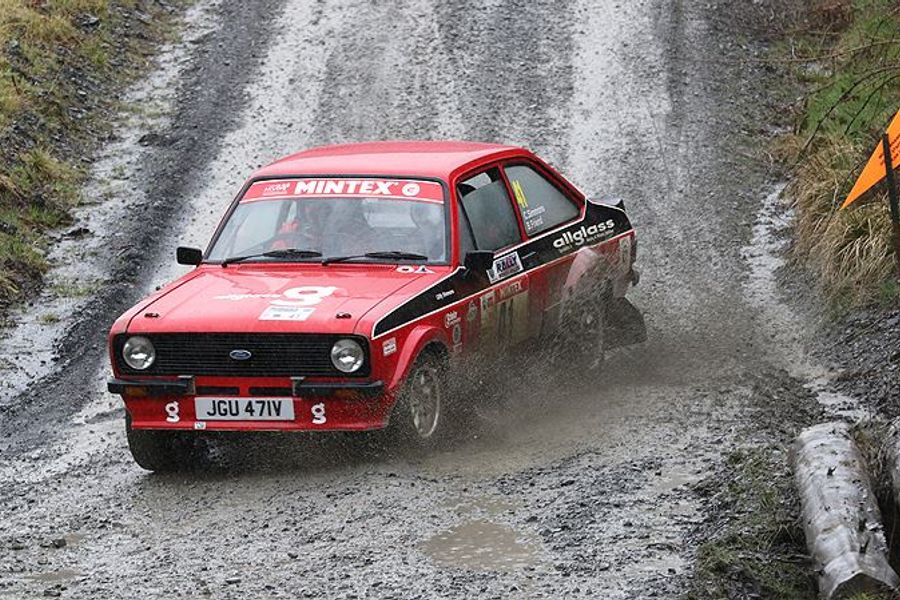 The FUCHS LUBRICANTS MSA British Historic Rally Championship is set for a spectacular start on Rally North Wales (Saturday 24th March) after a massive response from championship contenders eager to enter the rally.

As soon as the entry list opened at 11am on Friday 19 January, the organisers from Wolverhampton and South Staffs Car Club were swamped with entries and more than 50 BHRC contenders have entered the rally in the first three days. It is an unprecedented avalanche of entries for a rally that has now filled 97 of 120 available places.

As well as quantity, the BHRC field is packed with quality and is headed by the crew that came so close to taking the overall title in 2017. Nick Elliott and Dave Price will return to the event they won the historic section of in 2017 in a bid to get another title challenge off to a flying start.

Importantly, the event’s new format has caught the imagination of those planning to contest the newly-announced BHRC2, which has been created to turn the spotlight on the Category 1 (pre-1968) and up to 1600cc cars in the championship.

The entry to date for Rally North Wales includes an incredible tally of 16 Category 1 cars and nine 1600s. These are numbers not seen since the changes to event running orders took a heavy toll on competitors in these groups. The format of Rally North Wales has encouraged these cars back into action and it will be a tremendous start for BHRC2.

Rally North Wales, which is sponsored by North Wales Rally Services, is the first rally to run to the new Rally 2WD format, which means that all of the 2WD cars will complete all of the 45 stage miles before the 4WD entries.