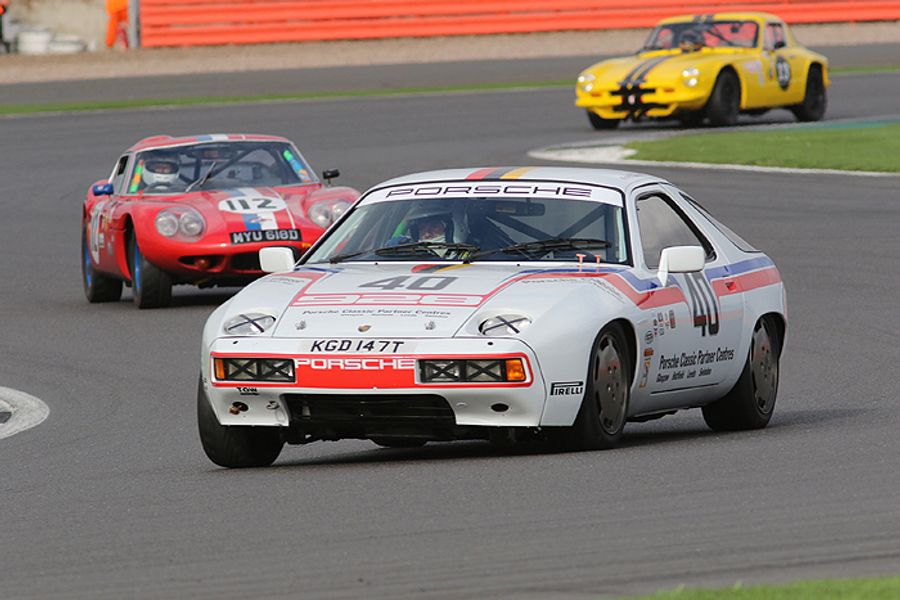 The HSCC really announced an initiative that cold see competitors able to enter a second series where their car is eligible at race meetings for just £99. The concept could offer drivers more track time and racing for a modest extra outlay, and at Race Retro we asked new CEO Andy Dee-Cowne for his thoughts on how it might work in practice:

“The idea is to target those members who come to a meeting to race in one championship, have cars that may be eligible for another series, then hey can enter that second series and it would be the cheaper of the two races for £99. It has to be the same car and driver, that is a key-criteria, and what we are working on now is how that would actually work, would you go into an invitation class or whether you could score points and go on a podium?

“We need to work out all the possible scenarios, as with all these things we need to play the numbers, for example, if an HRS car enters 70s roadsports, certain regulations in one series could be slightly different to the other, then what would that mean? We have to do a desktop exercise to make sure everything works and that we are not causing problems for our members.

“We don’t want to be doing something that could disadvantage anybody, but also want to give people the opportunity to race their cars as much as possible. It allows people to have a second race at a cheaper price to recognise the effort they have made to be there.

“Drivers will have already had the expense of getting to the meeting, maybe staying somewhere the night before, we have already had the track hire costs etc, and as long as we are safe and all issues are taken care of – even the politics as we have people competing for championships – then we think we have a good product.

“Initial feedback has been pretty good, most people seem for it, we have had some interest already but it is early days. We have a board meeting next week and there we will look to ratify the details of how it would actually work.

“Some people will use it for some testing maybe, some people may want to contest two series, and it may not be for everyone. We hope we are giving people the option to race as much as they could at a meeting, we want full grids, we want people to have competitive racing, we want people to have fun – and most importantly be safe. If all of those things come together, we are happy.”