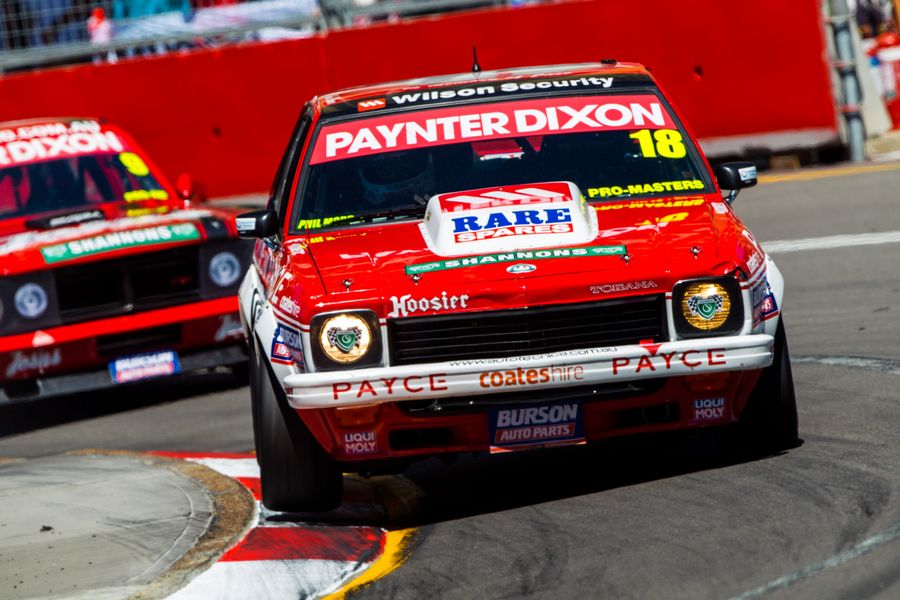 John Bowe has edged ever closer to Paynter Dixon Touring Car Masters series leader Steven Johnson as the pair battle for the 2018 series championship this weekend in Newcastle. Bowe won his 96th career TCM race today at the Coates Hire Newcastle 500, leading lights to flag to win Race 22 of the season and reduce the gap between himself and Johnson to just 42 points ahead of the final two races tomorrow.

The 12-lap dash was run without interruption as Bowe burst into an early lead. Bressington tried to race his way to second on the opening lap but was covered by Hansford, who retained his second-place starting position and pressured Bowe early.

The pair battled for the first two laps before Bowe began to edge away from his fellow Torana driver, Hansford slipping into the clutches of a waiting Bressington. With Johnson in close company behind they commenced what would then become a race-long battle for second place that would run to the flag.

The pair battled through to the final lap of the race with Hansford holding out the Camaro in a close race to the line. Johnson’s fourth was a solid result and saw his points margin reduced by 12 to 42 ahead of the two races tomorrow.

Drivers must drop their three worst race finishes of the season; Johnson’s fourth place joining a pair of non-finishes as one of his three races to be removed from his points score. On corrected scores the Mustang leads the Torana by 71 points with 120 up for grabs tomorrow.

The Queenslander was second in class coming into the weekend, trailing leader Cameron Tilley by 46 points however his podium result and Tilley’s 13th place means the margin is now just 11 points heading into tomorrow’s two race.

Chasing Johnson to the line, Jason Gomersall finished a strong fifth in the BigMate Racing Torana, dropping from fourth on the grid to his finishing position on the opening lap. He fended off a strong Andrew Fisher, who powered the Jesus Racing Falcon GTHO home to sixth position, closely followed by Rob Hackwood’s Wellpro Racing Pontiac Firebird in seventh.

Outside of the frontrunners, the race’s only major drama occurred when Jim Pollicina and Allen Boughen made contact at turn three – the Torana driver and ProSports class leader spinning into the wall on drivers’ right.

Earlier on Saturday, Brad Tilley stormed home to win the Dometic Trophy Race after a thrilling battle with Cameron Mason. Starting second, Tilley got the jump from the outside of the front row and led Mason into turn one – only to spend the next three laps fiercely defending his position.

Mason pounced on lap four, slipping up the inside when Tilley locked a brake at turn 11 and ran wide. He then also led for three laps before making a critical error at turn two; locking his rear brakes and gently nudging the tyres; ultimately slipping back to seventh position by the flag.

That left Tilley clear in front to record his second win of the season and his second straight Dometic Trophy Race.

Mark King finished second and Jim Pollicina third, Tony Karanfilovski, Leo Tobin, Robert Hackwood, Cameron Mason, John Bowe, Andrew Fisher and Andrew Fisher completed the top 10. Steven Johnson started at the back of the field and tested new settings on his Mustang in advance of the championship points-paying race later in the afternoon.

Two further races will complete the Paynter Dixon Touring Car Masters series tomorrow in Newcastle, with the outright and ProAm titles still on the line. 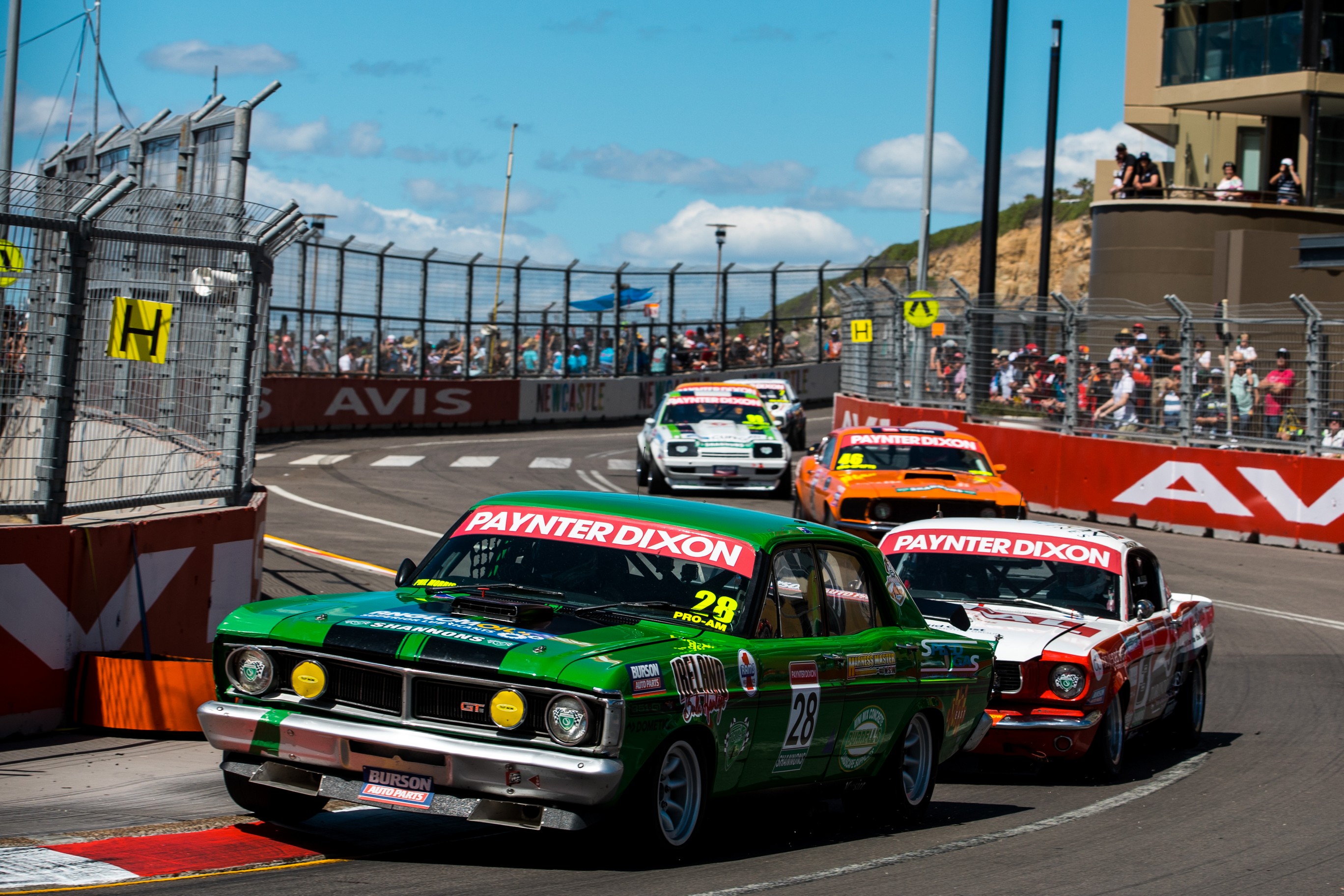