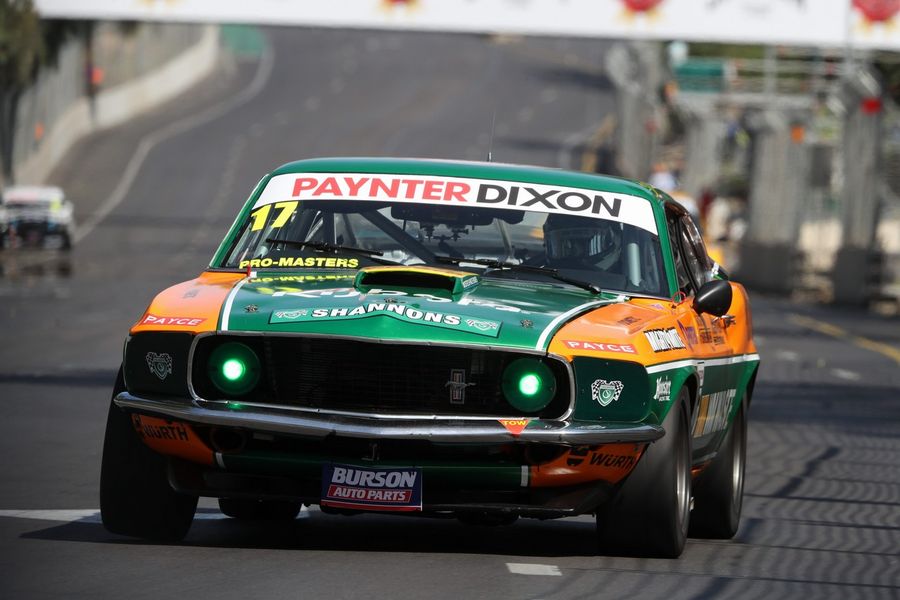 Try as Adam Bressington might, Steven Johnson continued his winning ways at the Superloop Adelaide 500 as he powered to victory in race two of the 2019 Paynter Dixon Touring Car Masters series. The WM Waste/Kubota Ford Mustang driver led from start to finish in the 10-lap affair but had the bright yellow VDC/Whiteline Racing Camaro shading him for the duration, 'Bresso' finishing exactly one second behind in a pressure-filled battle.

Johnson had pressed on early, setting the race’s fastest lap on his second tour, before settling into a solid pace while ensuring Bressington remained just outside of striking distance. Third was Ryal Harris, who rebounded from a challenging debut in the series yesterday to storm through the field and to the podium.

Starting seventh after bending his steering while running third yesterday, Harris made several strong passes in race two to work his way up to third by mid-race – his first TCM podium. He was trailed to the line by Jim Pollicina, who continued his strong weekend in the Mocomm Communications Torana – improving from fifth yesterday to fourth today.

In a Torana switch, he led home Jason Gomersall who finished fourth yesterday but grabbed fifth today. The Queenslander was one of six drivers involved in a heady battle for a bulk of the top-10 positions that waged for much of today’s race. 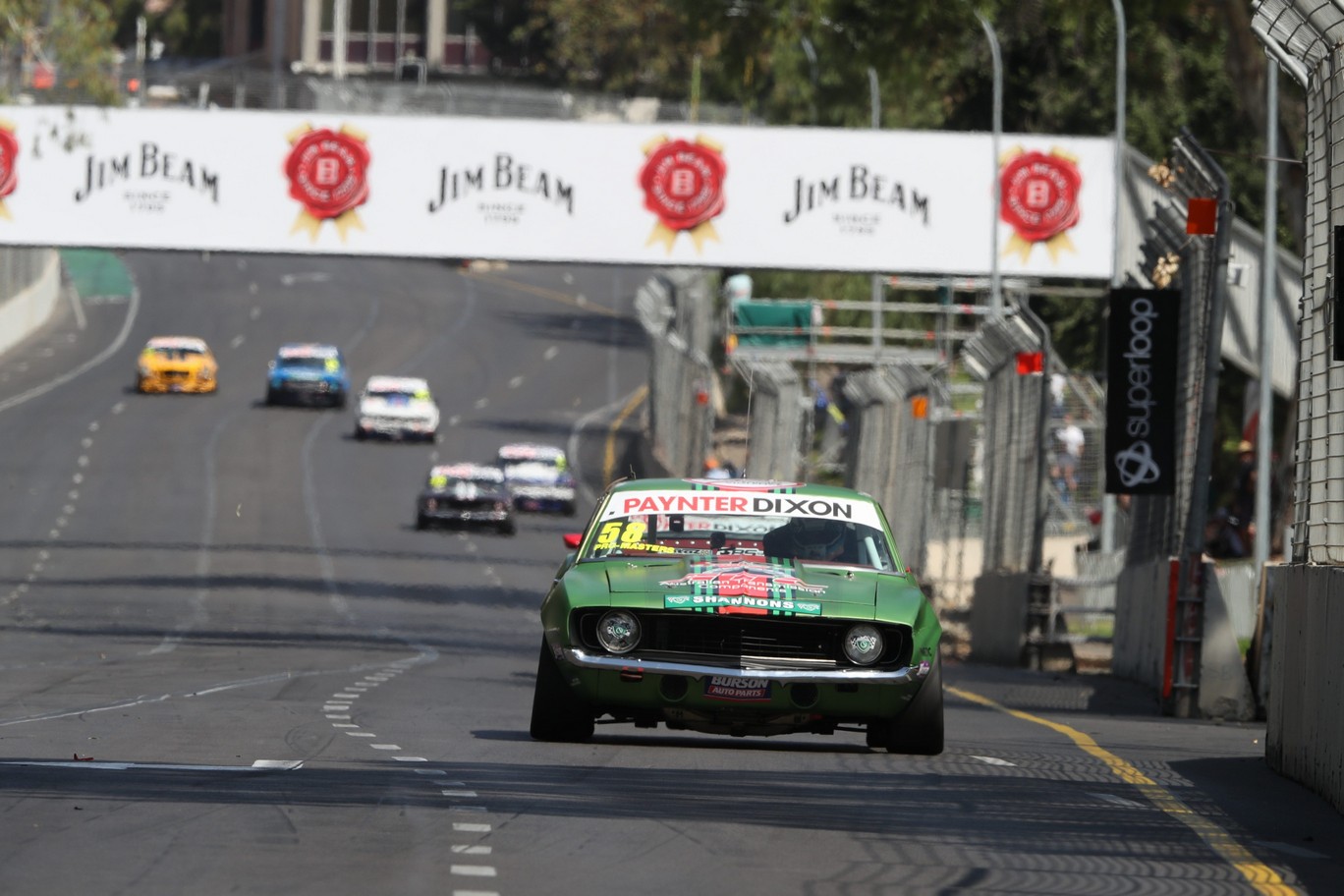 A strong start saw Gomersall run third in the early stages however after being passed by Harris, he also slipped behind Pollicina to fifth on lap five.

In a multi-car fight involving Bruce Williams, Paul Freestone, Cameron Tilley, Bernie Stack, Jeremy Gray and Marcus Zukanovic, he dropped as low as seventh though some key late passes on the last lap saw him rebound to fifth. The frenetic fight saw Freestone under searing pressure with contact between his Camaro and Williams’ Torana causing damage on the final lap. He and Bernie Stack then came together at turn seven with both cars unfortunately damaged in the incident. That allowed Williams, and a host of others through.

With the AC Delco Torana sixth, Marcus Zukanovic rebounded from a broken ball joint yesterday to storm through the field to seventh, Jeremy Gray doing the same after his Torana suffered yesterday with a puncture.

Ryan Hansford – who retired from race one with an overheating issues – finished ninth while Rob Hackwood was 10th. The Wellpro Racing Camaro had run inside the top six early however was sent to the escape road at turn four on the second lap after contact with Harris as the pair battled in the braking zone.

He dropped as low as 16th however worked his way forward to continue the promising weekend for the series’ lone Pontiac.

Cameron Tilley also took to an escape road – diving out of the way at turn seven to avoid damage in the Freestone – Stack incident late in the race. Running eighth at the time, he ultimately finished 12th. John Bowe was another to strike issues, his Torana instantly off-song as the race commenced with the traditional rolling start. The team later diagnosed the engine as having dropped two cylinders, with efforts underway to assess any potential damage ahead of tomorrow’s finale’. 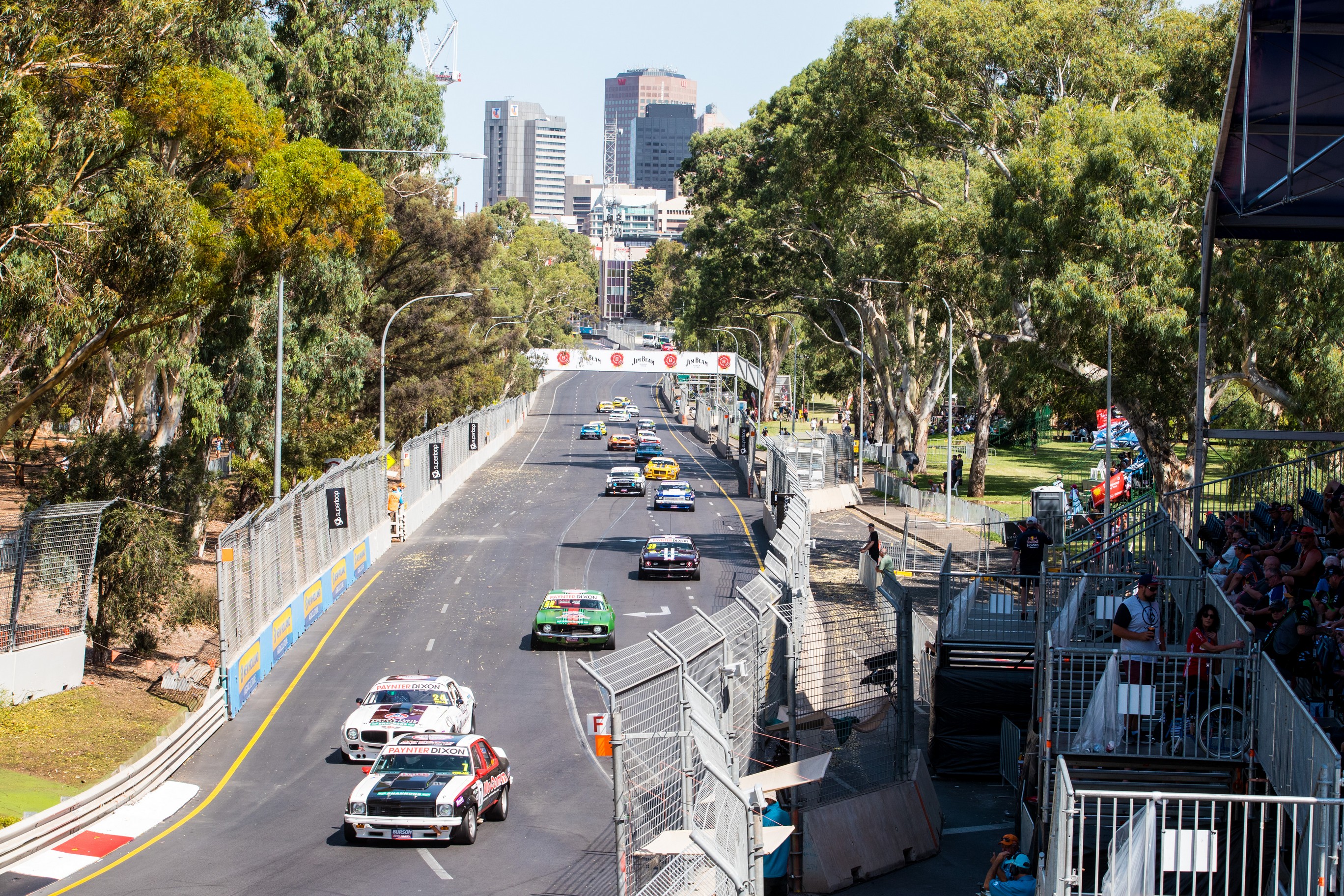