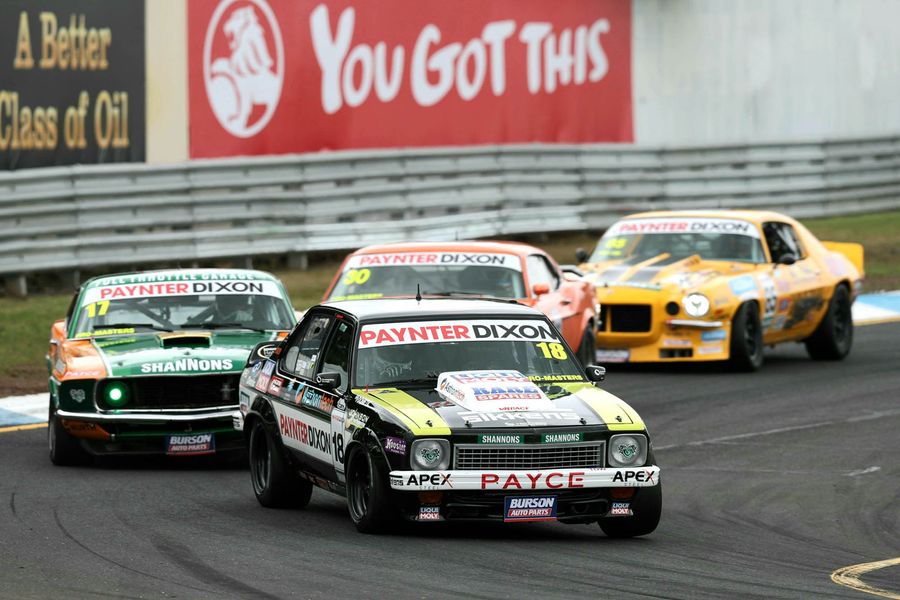 Steven Johnson has provisionally claimed his third-straight Paynter Dixon Touring Car Masters title, the No. 17 Team Johnson Ford Mustang to charge into the final race of the year with an unassailable series lead. Meanwhile, John Bowe’s pair of stunning race wins has him one victory away from the remarkable milestone of his 100th win – the five-time TCM champ and Australian racing hero having notched up his 98th and 99th victories in the category today.

Bowe’s pair of wins were just the second and third of his season, his first coming at Sydney Motorsport Park in September. It also puts him in the box seat to take his first round win of the year, having last tasted success in the 2018 season finale’ in Newcastle.

Johnson, meanwhile, raced at the very front of the field but ensured he remained trouble free to do the maximum for his championship hopes.

“I’d be lying to say that I didn’t come into today feeling pretty nervous,” he said. “It’s worked out really well and I can’t thank TCM, my guys Nick and Robbie and all our sponsors on the car for what they’ve done this year. It’s been a tough year.

“I’m glad to have finished those two races and to be able to build that points lead enough that we can go into tomorrow a little bit more relaxed.”

Second and third in the two races, respectively, were enough to ensure that irrespective of his result tomorrow he will be unable to be passed in the championship race. Bowe, meanwhile, said he was surprised to be so close to such a significant racing milestone.

“The car has been great here, for some reason it’s always been fantastic here,” Bowe said. “I never thought I’d ever get close to 99.. and I want to get to 100 because…just because!

“It’s become slim pickings this year but today we had a great race with Stevie J and young Seton. It was hard, but fair, which was nice and I’m really pleased.”

A hectic three-race schedule kicked off with the Dometic Trophy Race, won by Bruce Williams after a last-lap pass on Cameron Mason following a lengthy Safety Car period. It was Williams’ second win of the year, Mason and Tony Karanfilovski charging to third.

On a partially-wet circuit, the race got to turn one before drama unfolded as a crash claimed Cameron Tilley, Rob Hackwood and Peter Burnitt – setting up the one-lap dash that left Mason in front. However a flying restart for Williams saw him sail around the outside of Mason’s Mustang at turn one, holding on in difficult conditions to take his second Trophy Race of the year. 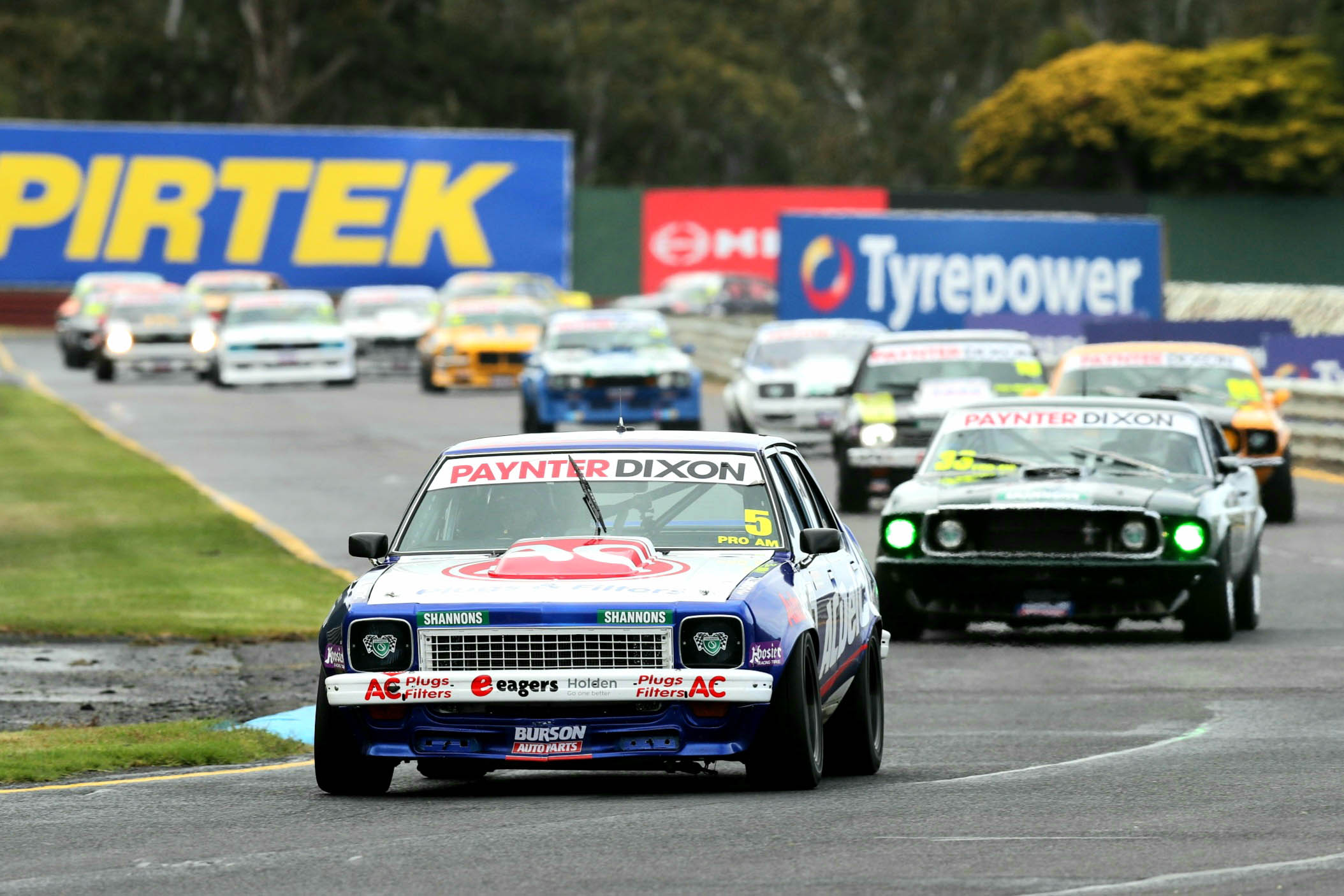 The first Championship Race of the day was one of the best of the season to date, Johnson leading Bowe into the first corner.

Title contender Ryal Harris struck dramas on the opening lap, running off the road at turn nine and slipping to 13th. Meanwhile, Bowe wasted no time in passing Johnson as he assumed the race lead early on. The title-contending pair were then joined by Aaron Seton and Adam Garwood in a cracking four-car battle that lasted the entire race – the four ultimately finishing in that order.

The second championship race of the day saw another furious start with portions of the field four-wide into turn one. Though he challenged for the lead at turn one, Johnson ultimately settled in behind Bowe for the first two laps; Seton then slipping by to relegate Johnson to third a lap later.

A storming start from Ryan Hansford saw him jump from eighth to fourth on the opening lap, though he was quickly relegated by the Whiteline pair as Bressington, and then Garwood, moved to fourth. Harris was ruled out of title contention when he and Marcus Zukanovic came together exiting Turn 9; the Camaro deposited into the barriers, causing damage to the Armco that would ultimately see the race called after 7 laps.

Bowe’s win was his 99th while Johnson’s third position was enough to provisionally seal the title.

With one race remaining in the 2019 championship, Steven Johnson has provisionally claimed the title thanks to an unassailable 71-point lead (on corrected scores). Bowe, in second, is also unbeatable while interest turns in the battle for third which will go down to the wire between the pair of 1969 Chevrolet Camaros. Just 23 points split Ryal Harris and Adam Bressington in third and fourth heading into tomorrow’s finale’.

Meanwhile, the ProAm title will also go down to the wire with Aaron Seton now just 36 points behind class leader Jim Pollicina, 60 up for grabs tomorrow. The final race of the 2019 Paynter Dixon Touring Car Masters Series will commence at 11:30am.