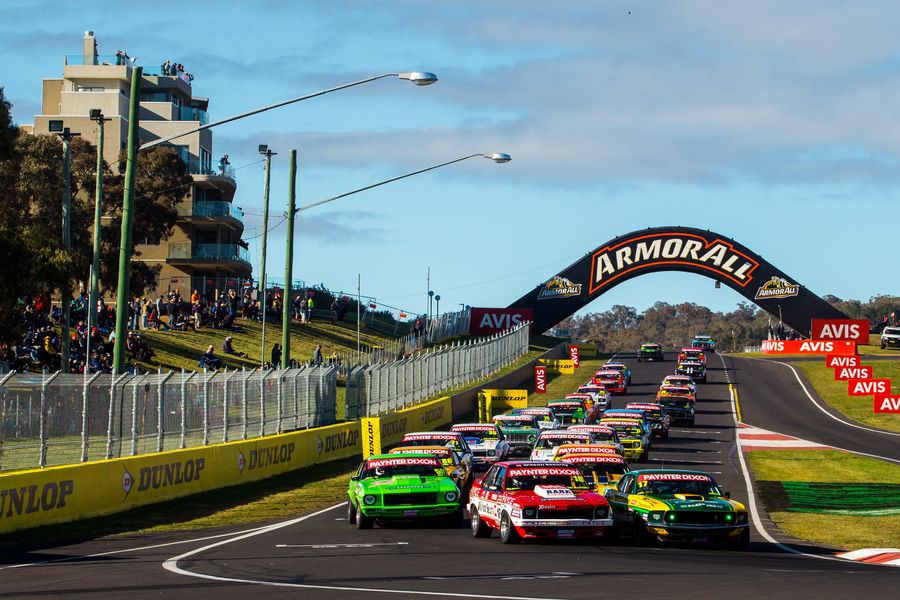 John Bowe passed Steven Johnson mid-race to take the lead and an eventual win in Race 21 of the Paynter Dixon Touring Car Masters Series on Sunday at Mount Panorama. In a dramatic six-lap dash, Johnson led from pole but was passed by Bowe with two laps remaining, the Holden Torana driver pulling away in the closing laps to win his fifth race of the year and keep his title hopes alive as the series again goes down to the wire in Newcastle this November.

Marcus Zukanovic grabbed the first top-three finish for his XD Falcon, benefiting from several non-finishes by key drivers to follow Johnson and Bowe home. Jim Pollicina and Brett Youlden completed the top five in a race that had plenty of action.

Paul Freestone – from the back of the field – Cameron Mason, Jim Richards, Tony Karanfilovski and Jason Gomersall rounded outthe top-10.

Johnson won the round over Bowe, while Pollicina was third outright for the first time. Johnson, Bowe and King were the top three in ProMasters, Youlden won ProAm on his return ahead of Karanfilovski and Cameron Mason while Pollicina extended his lead in ProSports with a win over Leo Tobin and Sven Burchartz.

The action started on the third lap when Adam Bressington slowed on the run down Conrod Straight with a misfire in his VDC / Whiteline Racing Camaro. That caused Aaron McGill to take evasive action, his Ranger Ford spinning left and right down Conrod Straight before ending bunkered in the sand trap at the Chase.

Brad Tilley and Andrew Fisher – just behind – took evasive action and avoided damage, while McGill was towed out of the gravel and was unable to return to pit lane unscathed after one of Mount Panorama’s biggest ever ‘near misses’. A brief Safety Car recovery saw the field slowed for just one lap, but the drama wasn’t finished.

On the restart, Mark King’s car slowed with a broken gearshifter, while Allen Boughen spun across the road and into the wall on the exit of turn one. Bowe then pounced on Johnson with two laps remining to take the race lead, while Zukanovic elevated himself to third following the restart.

Pollicina slipped past Youlden on the final lap to finish fourth as the pair of very different Holden’s battled.

With one round to go, Steven Johnson leads John Bowe by 59 championship points heading into the Newcastle 500. The drivers will drop their three worst race performances prior to the end of the season, Johnson’s lead extending to (a provisional) 84 points once that is taken into account.

Bressington remains third in the championship however is now out of even mathematical calculations for the overall title. Jason Gomersall sits fourth overall and Mark King fifth with a round to go.

Cameron Tilley, despite a highly challenging weekend, retains sixth in the standings and a narrow ProAm class lead over Ryan Hansford and Tony Karanfilovski – who are one point apart. Jim Pollicina now has a significant lead over Leo Tobin in the battle for the ProSports, with Ian Woodward third in the standings.

The final round of the Paynter Dixon Touring Car Masters will be decided on the streets of Newcastle this November at the Coates Hire Newcastle 500. 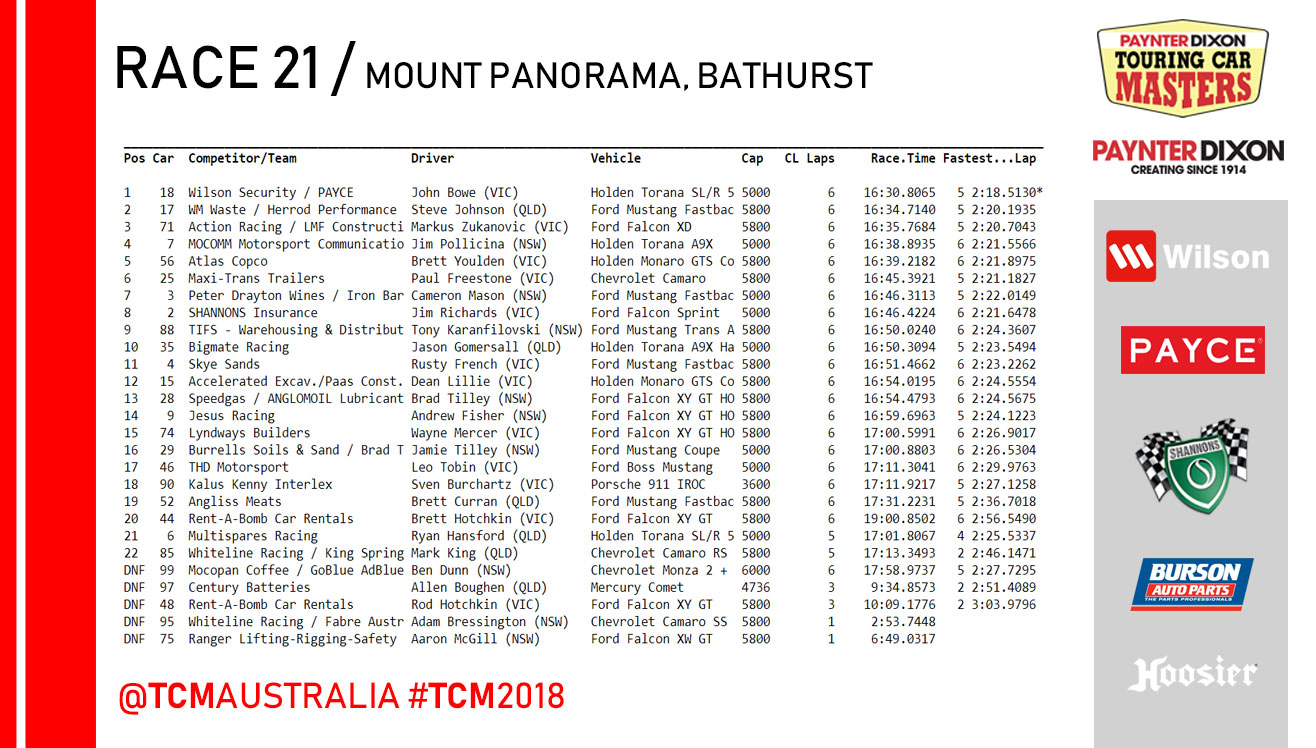