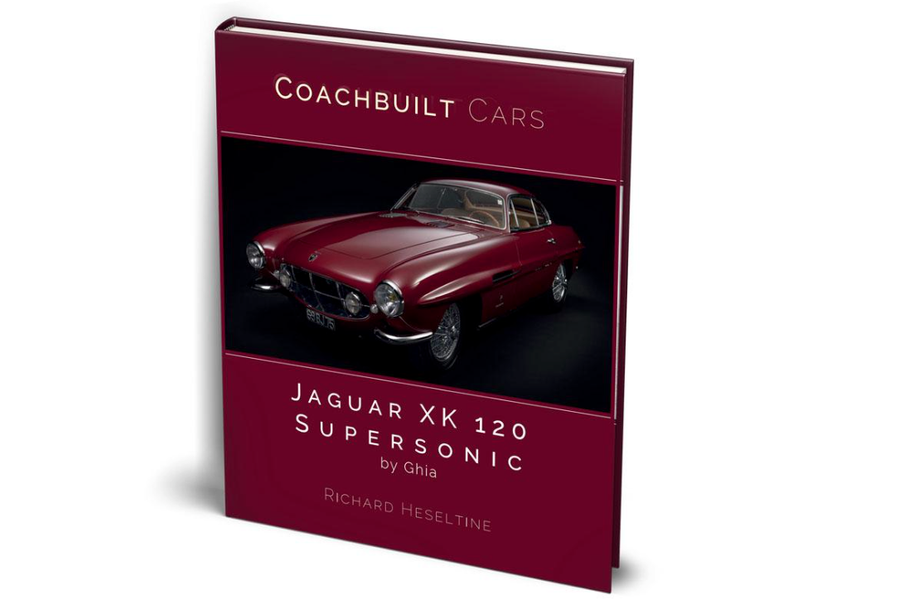 A whole book about one specific car – and yes, car…not type of car – is never an easy task and we have seen examples that have got more than tenuously linked to their subject in places, but Richard Heseltine’s Jaguar XK 120 Supersonic manages to keep the right side of the line and provides some intriguing insight and context to unique vehicle. With a superb looking Italian body on a potent Jaguar chassis, the car was, and is a true head turner.

The first of a new series of books entitles Coachbuilt Cars from Porter Press, Heseltine has dived deep into the history and context of the amazing looking XK120 Supersonic tracking the car from its conception in 1954 to the present day. The most powerful of a line of 19 cars produced by design house Carrozzeria Ghia, the striking modern lines of the XK120 Supersonic, far removed from the already good-looking donor Jaguar, somehow capture the optimism of the 1950s when it seemed science and engineering could solve any problem and prosperity was returning after the austerity of the recent war.

The history of the car starts in murky fashion, with the first owner – who had commissioned the Jaguar to be enrobed in coachwork by Ghia – turning out to be less keen on paying his bills than he had on ostentatious displays of grandeur. The XK120 Supersonic amazingly spent many years in storage before being acquired by a French Jaguar enthusiast, and in a later chapter the full trail of ownership is laid out, the car last being bought at auction in 2015 for $1.8m.

A star of the concours scene for many years, the car is now owned by an owner who appreciates the undeniable beauty of the car – its striking looks amply demonstrated by the high-quality studio photographs of the car that are a feature of the first part of the 108-page book. 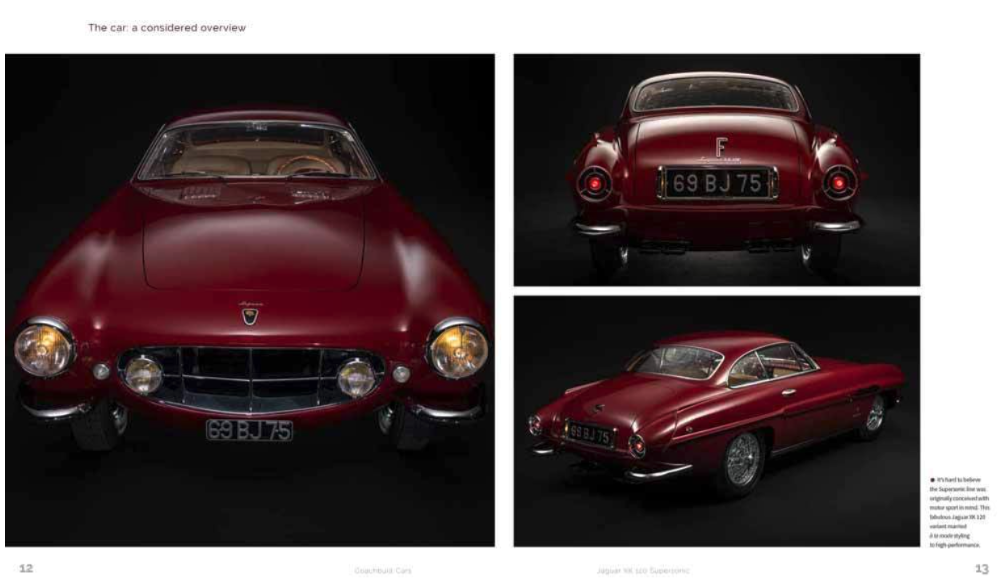 The book looks at the history of the Ghia design and coachbuilding house, who produced vehicles ranging from the open-topped Jolly (a sort of Mini Moke style vehicle based on small Fiats) to some stunning sportscars and saloons. They ultimately became simply an advanced design office for Ford, where models of various cars bore the Ghia badge to indicate they were top of the range.

Several names in the Ghia line up receive acknowledgement in the book with their stories neatly told, while even the XK120 itself, whose sound underpinnings provided the basis for the  car, receives detailed coverage. The section we came back to more than once were the pictures of the full restoration near the back of the book which saw the chassis taken back to bare metal, the whole process shown in two twin-page spreads of images.

We fully accept that technically the book falls outside our usual sphere of interest, but the striking looks of the XK120 Supersonic caught our eye and for any car enthusiast with a soft spot for the individualistic designs of the 1950s this is a great addition to the bookshelf. The onus is on quality rather than quality, the high-quality imagery allowed to shine on a heavy gauge paper and bound in a cover the same shade of paint as the original car!