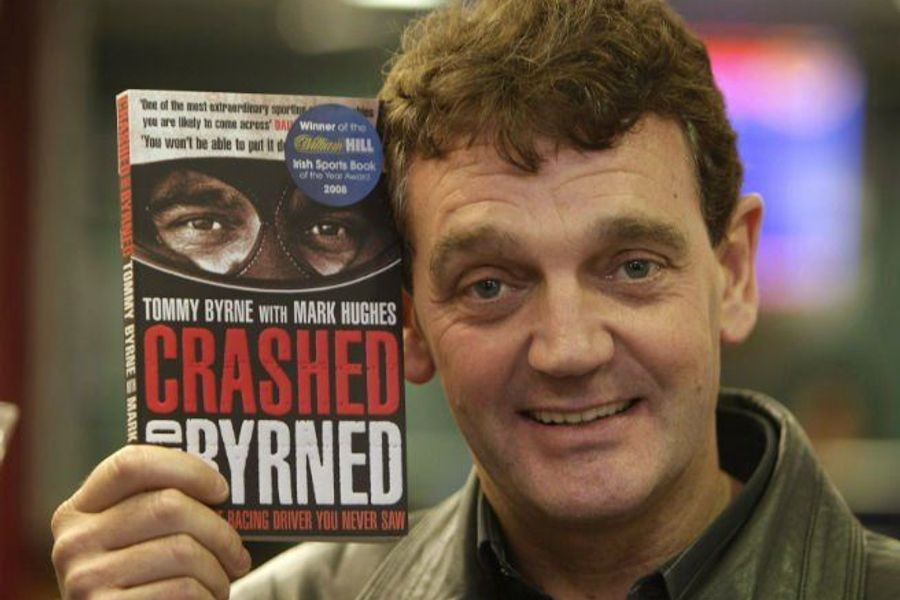 Originally published in 2008, Crashed & Byrned won the William Hill Irish Award for best sports book of the year, and quickly sold out. Firmly established as a cult classic, the story of Irish racer Tommy Byrne covered his dramatic and roller coaster career, Byrne going from driving a Mini in stockcar events to the rarefied air of Grand Prix racing in just over four years.
Copies of the £20 paperback from that first print run were changing hands with online retailers for between £100 and £250, and now a fully revised an updated edition is available. Based on talent alone, Byrne could have become a household name. As it is, he remains, as the book put it, ‘The greatest racing driver you never saw’.
Crashed & Byrned's  revised edition sees Tommy's  story brought up to date, describing his involvement – along with co-author Mark Hughes – in the recent highly acclaimed television documentary that was based upon his original book. He also details the effect that its publication had on his family, while an extensive range of photographs has been added.
This is the warts-and-all autobiography of a flawed genius, a man who could have been to motor racing what George Best was to football. Peppered with dark humour and featuring a cast of amazing characters, it is the antithesis of a fairy tale. It’s raw, passionate and – with Byrne’s ability to tell it like it is – not for the fainthearted.
Available from www.crashedandbyrned.com