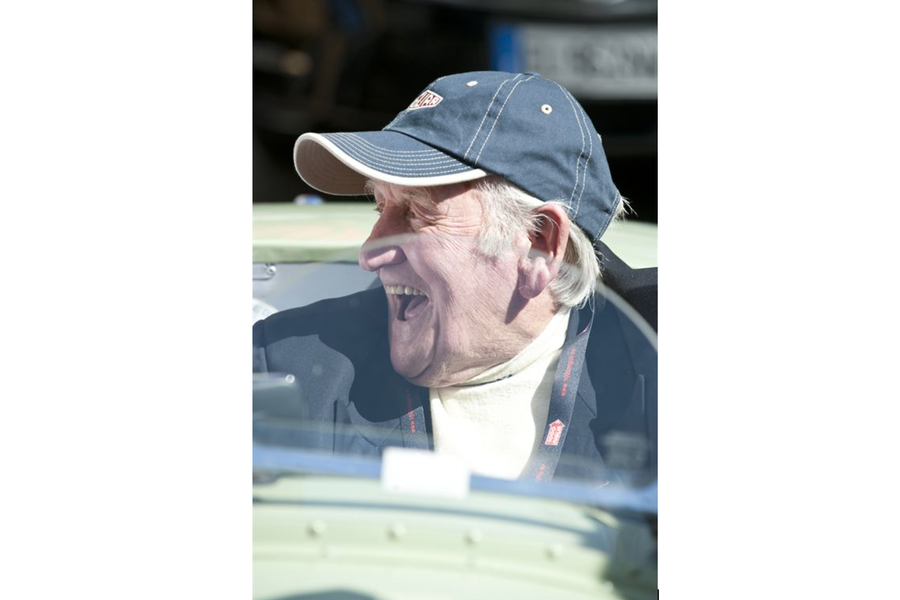 All at HistoricRacingNews.com are saddened to wake to the news of the death of famed Jaguar test driver Norman Dewis. He was chief test driver at the British marque for over thirty years from 1952, having a role in the bringing to the market models ranging from the XK140 of 1954 to the XJ40 of of 1986.

Early in his career he set a speed record of 174.4mph in a modified XK120 in Belgium, was involved in the development of the C-Type and D-Type race cars in the 1950s, and sat alongside Stirling Moss in a C-Type in the 1952 Mille Miglia. He contested the 1955 Le Mans 24-Hours race in a Jaguar D-Type, retiring when co-driver Don Beaumont went off at Arnage (Beaumont had in fact almost dug the Jaguar out the sand trap it was in when the car was hit by the spinning Lotus of Colin Chapman).

Firmly linked the Jaguar brand even in retirement, Dewis was awarded an OBE in 2015 for services to the motor industry.