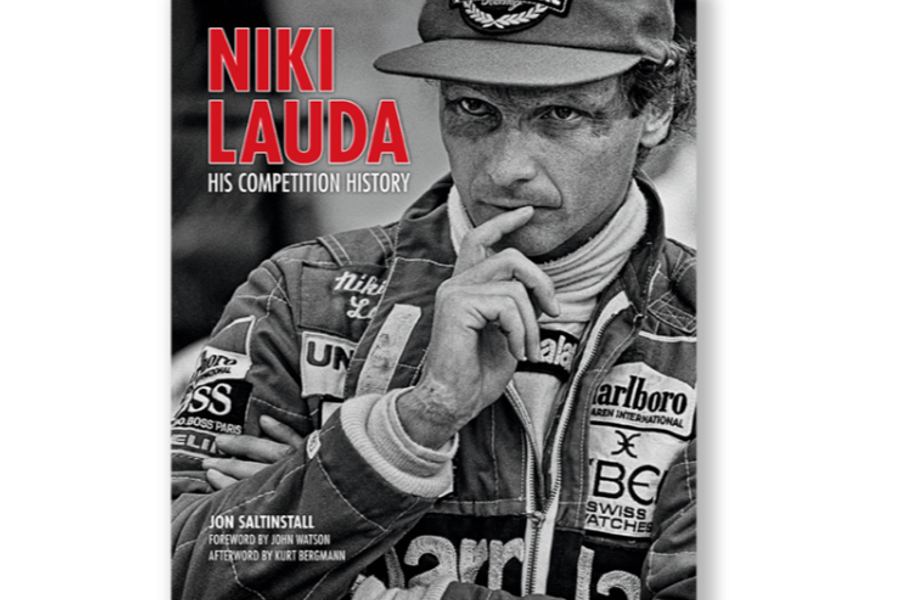 Niki Lauda – His Competition History is a book that is precisely summed up by its title, by dint of a lot of research Jon Saltinstall has listed out every race that Lauda took part in, usually with an accompanying picture, and with data such as qualifying and race positions and more often or not chassis number. While by no means a biography, as a summary of the triple-world champion's races it is an impressive achievement, with text for reach race putting the raw data in context and even taking in the politics of the time, especially in relation to his Formula One career.

The book was a nine-year research project, and while the Lauda’s time in Formula One is well known and resources exist in copious detail to provide the data for the book, the hard work was obviously in tracking down his early career when Lauda was just another young racer with lofty ambitions. There is ample detail of Lauda’s first competition outing, at the Bad Muhllacken hillclimb in Austria in April 1986, his first competition mount a Mini Cooper S that he took to second in class – and the author even provides photographic evidence of how the organisers managed to spell ‘Lauda’ wrong in the event programme.

Having climbed a Mini and Porsche 911, I was not aware that Lauda’s first race saw him take on the annual six-hour event at the Nurburgring in the Mini, the youngest driver in the race, and though he retired, the days pounding round the famous circuit in preparation (taking turns driving and sitting alongside co-drover Lambert Hofer) stood him in good stead later on. That author Saltinshall has managed to track down a grainy picture of the Mini in the race sums up in a way the effort he has put into the book and his determination to cover all aspects of the Austrian’s career. 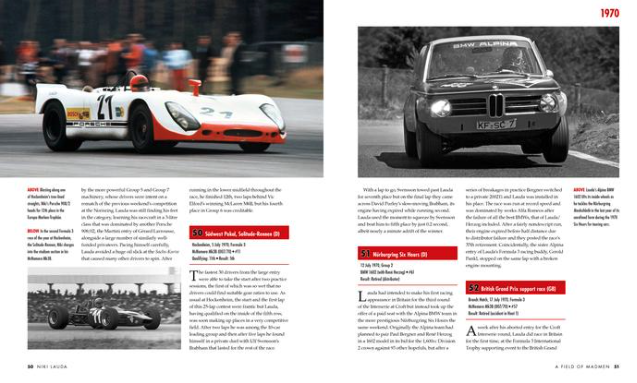 I had not realised that at one time Lauda had bought a Porsche 908/2 sportscar and raced that alongside his Formula Three campaign in 1970, the year he made his UK debut in the F3 race that supported the British Grand Prix at Brands Hatch in July – righting off his car in a crash in one of the heats on the Friday of the event. A lovely little gem of a fact tucked away in the text is that Lauda should have made his UK debut the weekend before at Croft in his Porsche, but took the offer of a paid drive in a BMW at the Nurburgring instead – ever the pragmatist.

The book continues in a similar vein right through to Lauda’s second, and final retirement in 1985, then also lists various outings – all non-competitive - over the following years. These included drives in an advisory role for BMW, in various historic cars, karting – and even a run in a Jaguar R2C Formula One car in 2002. Saltinshall also lists races where he appeared on an entry list but did not actually compete – a level of data we love and part of why we enjoyed the book so much.

This is not a book that it is easy to read through from front to back, but then it was probably never intended to be so. As a tribute to the career of Niki Lauda it is a fine piece of work, and one that even a short glance at will undoubtedly bring forth some unknown or long-forgotten fact or race.

Niki Lauda – His Competition History is a worthy edition to any motorsport bookshelf, and a timely reminder of one of the most notable drivers of the last fifty years or so, who left the sport for good last year.