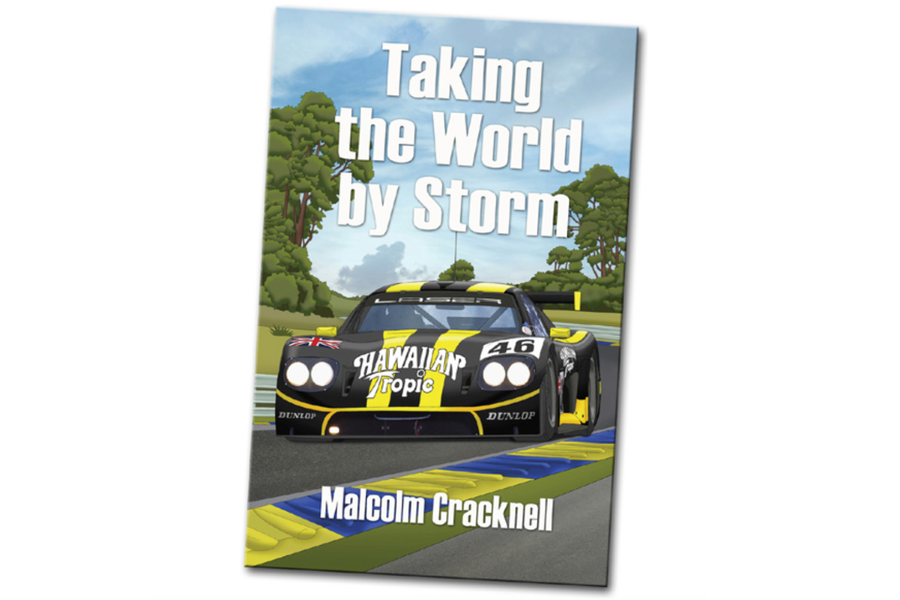 Taking the World by Storm is not an easy book to categorise, author Malcolm Cracknell uses the word ‘faction’ early in his opening note and it is indeed a mix of fact and fiction which for a while has you trying to decode the lightly disguised character names as you follow the story of an underdog British team taking on the challenge of the Le Mans 24-Hours in the late 1990s. If you relax and go for the ride though, the story drags you in and is a reminder for anyone who has worked with a team at Le Mans of the mass of challenges, disasters and occasional high spots that happen in just one of the fifty-plus garages over the duration of the event.

Cracknell was deeply involved in sportscar racing for many years, a founder of the highly-respected DailySportscar.com website, and he has neatly woven into the tail of the ‘Laser Strike’ a host of stories from his time in sportscars that couldn’t all be reported at the time as rules were often stretched, broken, or in some cases outrageously ignored. Some were just strong rumour, while others were recounted to Cracknell by people involved, and in an appendix called ‘Notes from the Real World’ he addresses the major ones and in some cases attributes them to the team or people they happened to – a reminder that quite often there are layers of complexity to our sport not immediately visible or reported on at the time.

The team the story is based on is no big secret, the image on the front of the book is pretty much a giveaway, and Cracknell’s affection for some of the people involved shines through. Yes, motorsport can be seen as glamorous and exciting, but he also brings home the reality of the long hours in the workshop building and preparing the cars, the days pounding round a virtually deserted circuit testing – and the pressure and risk of juggling sponsors and investors without whom nothing will ever happen, from going racing to simply paying the hardworking crew.

It is enjoyable to read a motorsport ‘novel’ by someone who obviously understands what he is writing about, and Cracknell takes you right down to the level of discussing lap times, stint lengths and tyre strategies. The fact that seems just to fit with the story he is telling is proof of how he pulls you into a narrative that has you cheering on the underdogs who were taking on the big players of the sportscar world!