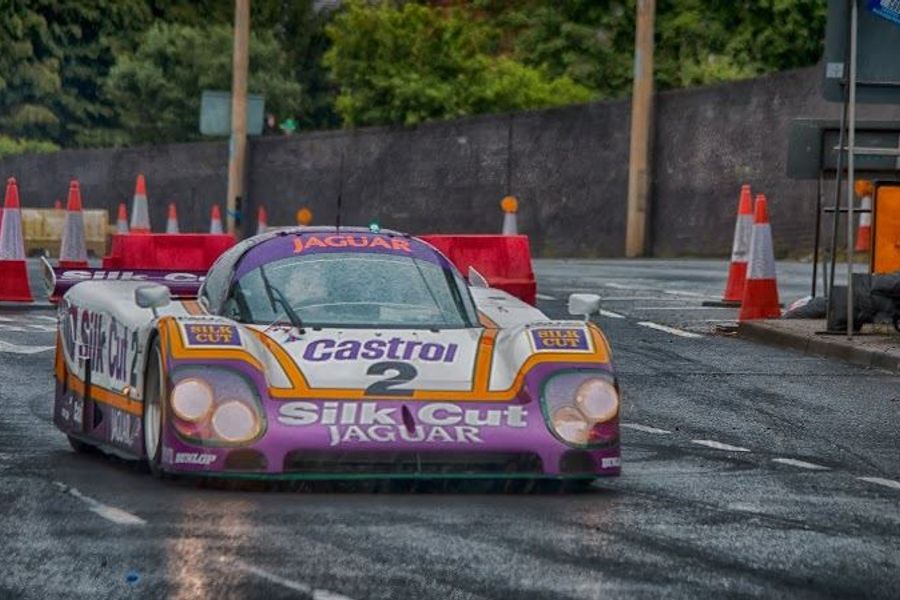 MotoFest Coventry, June 2nd and 3rd, will celebrate the 30th anniversary of Jaguar’s 1988 Le Mans victory by having a Jaguar XJR-9 take part in demonstration laps on the Toyo Tires sprint circuit.

The Group C XJR-9, kitted out in its Silk Cut livery, will be reunited with winning driver Andy Wallace and will swap the Mulsanne straight for Coventry’s Toyo Tires sprint circuit in what promises to be one of the great spectacles of the festival weekend.

The XJR-9’s appearance at MotoFest Coventry will mark 30-years since its victory at Le Mans in where  Jan Lammers, Johnny Dumfries and Andy Wallace completed 394 laps and covered a distance of 3,313,63 miles to secure victory in the world’s most prestigious endurance race, leading home a factory Porsche that also completed 394 laps.

It will be joined at this year’s MotoFest Coventry event by a select group of motorsport marvels from Jaguar’s illustrious racing past including the TWR XJS, winner of the European Touring Car Championship in 1984 and the Group 44 E-type which won the US SCCA Championship in 1975.

A 1956 Jaguar D-Type, the penultimate D-Type built, 393 RW which finished sixth at Le Mans driven by Mike Hawthorn and Ivor Bueb and also won the Reims 12 Hour race in the hands of Duncan Hamilton and Bueb will also feature.

James Noble, MotoFest Festival Director, said: “We are delighted to have the opportunity to celebrate the 30 year anniversary of the Jaguar XJR-9’s 1988 Le Mans victory by having this iconic car run and its winning driver Andy Wallace at MotoFest Coventry.

“The Jaguar brand is such an important part of Coventry’s motoring heritage and we give thanks to the Jaguar Historic Trust for bringing such a fantastic selection of vehicles from their collection to run on the Toyo Tires sprint circuit.

“This is another fantastic coup for MotoFest 2018 and will simply add to what is already shaping up to be the biggest and best MotoFest ever staged.”

MotoFest Coventry is a two-day festival dedicated to the city’s motoring heritage, which this year takes place on Saturday 2nd June and Sunday 3th June.