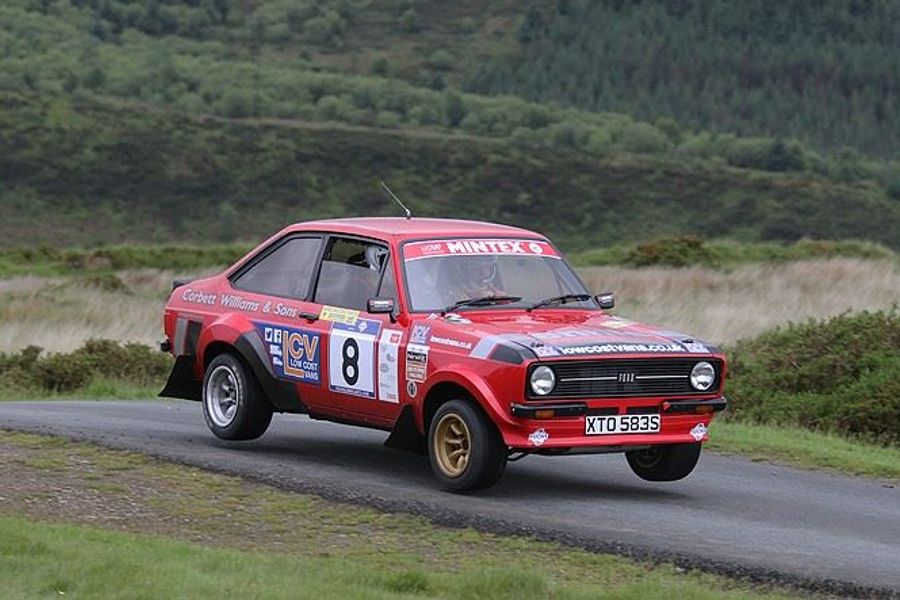 Neil Williams and Peter James headed the 2017 Fuchs Lubricants R.A.C. Historic Asphalt Rally Championship contenders on round three, the Mini Epynt Stages on Sunday (4th June). On a day when rain made conditions particularly demanding over the Epynt ranges, Williams was always in control with a masterful display and his established pace on Epynt ensured his second R.A.C. championship win from three events. “We had the wrong tyres for the rain on the first stage and then had a spin and a stall on stage seven,” said Williams. In fact, the time lost on the penultimate stage could have cost him overall victory on the event.

The Fuchs Lubricants R.A.C. Historic Asphalt Rally Championship is organised by the Roger Albert Clark Rally Motor Club and is a dedicated asphalt championship for all categories of historic stage rally cars.

Second among the championship contenders was the BMW M3 of Roger Moran/Keaton Williams, just over a minute down on the Ford Escort Mk2 of Williams. “We had the same problem as everyone else on the first stage,” said Moran after leaving service on dry weather tyres only to have heavy rain fall before the start of the opening stage. That aside, the glorious M3 ran strongly all day.

A second M3 made a welcome debut in the hands of Super Touring racer Paul Smith and co-driver Tudor Jenkins. Smith had a rallying baptism of fire when caught on the wrong tyres on the very wet opening stage. He slid off for over two minutes but later set some very encouraging stage times. “Once it dried out it was amazing,” said Smith, who will return to Epynt for the Harry Flatters in late July and then complete the R.A.C. season on the Isle of Man and Jersey in the autumn.

David Kynaston and Greg Evans turned in a great performance in the Triumph TR7 V8 to be third R.A.C. crew ahead of Lyndon Barton/Simon Hunter (Ford Escort Mk2). The Vintage Car Radiator Company Category 1 was again dominated by the Porsche 911 of Dessie Nutt and Geraldine McBride, after what Nutt described as a difficult day due to ever-changing weather conditions.

Despite exhaust dramas Ian Robertson and Andrew Scott won the Capital Construction Category 2 in their Hillman Avenger Tiger and finished just ahead of the Category 1 MG Midget of Bob Seager/Simon Hannam.