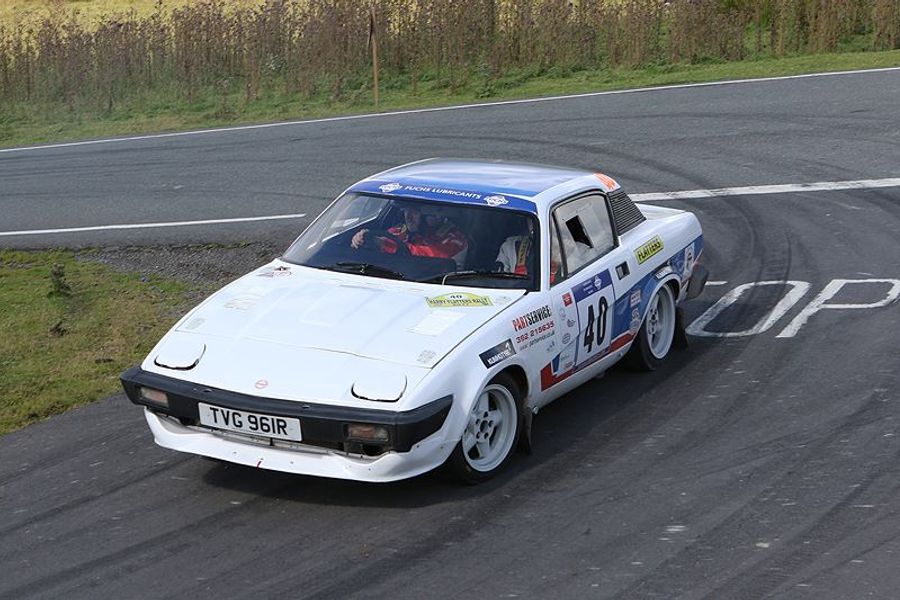 Rob Smith and Alun Cook took their second victory in the 2017 Fuchs Lubricants R.A.C. Historic Asphalt Rally Championship on round four, the Harry Flatters Rally on Sunday 30th July.
For the first time this season, the Mintex MSA British Historic Rally Championship and the Fuchs Lubricants R.A.C. Historic Asphalt Championship came together on the same event and a mighty battle for top Fuchs points raged between Smith/Cook and Neil Williams/Sion Jones in their Ford Escort Mk2s. After a tremendous day-long battle on Epynt, Cook took the championship maximum by just five seconds.
The Fuchs Lubricants R.A.C. Historic Asphalt Rally Championship is organised by the Roger Albert Clark Rally Motor Club and is a dedicated asphalt championship for all categories of historic stage rally cars.
There was little to choose between Smith and Williams across five long and fast stages and heading into the final stage Williams had a one-second advantage. However, a big attack by Smith turned the tables and he won by five seconds. “We bent the steering rack on a big jump on stage two, but we changed it at service and it has been a really good day,” said Smith. “It has been a fantastic dice and the car has been perfect: I’ve not had a battle like that for a long time,” said Williams after another storming Epynt performance.
There was another big battle for third among the R.A.C. contenders as Roger Moran/Keaton Williams (BMW M3) headed Guy Woodcock/Dave Williams (Escort Mk2) by five seconds. Moran had a trouble-free day in the crowd-pleasing BMW while Woodcock was settling back in to the Escort after a gap of 10 months.
Close behind Moran and Woodcock came one of the drives of the rally from David Kynaston and Jack Bowen in the mighty Triumph TR7 V8. They pushed hard and set some impressive stage times to finish ahead of the BMW M3 of Paul Smith/Tudor Jenkins and the Escort Mk2 of Barry Stevenson-Wheeler/John Pickavance. “I loved it,” said Smith after only his second rally. “It’s all coming together.”
Dick Mauger/Geno Gouveia (Escort Mk2) joined the championship runners for the first time and finished just ahead of another day-long battle as Dessie Nutt/Geraldine McBride (Porsche 911) headed Graham Patten/Pauline Hale (Datsun 240Z) by six seconds. Nutt had a clear run while Patten really enjoyed his first Epynt event. “I love it and will come back,” he said.