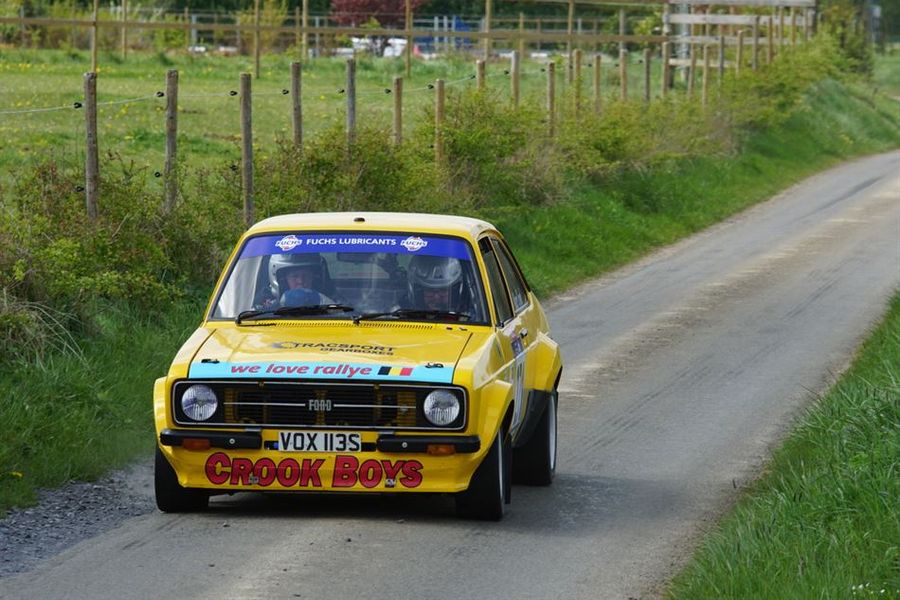 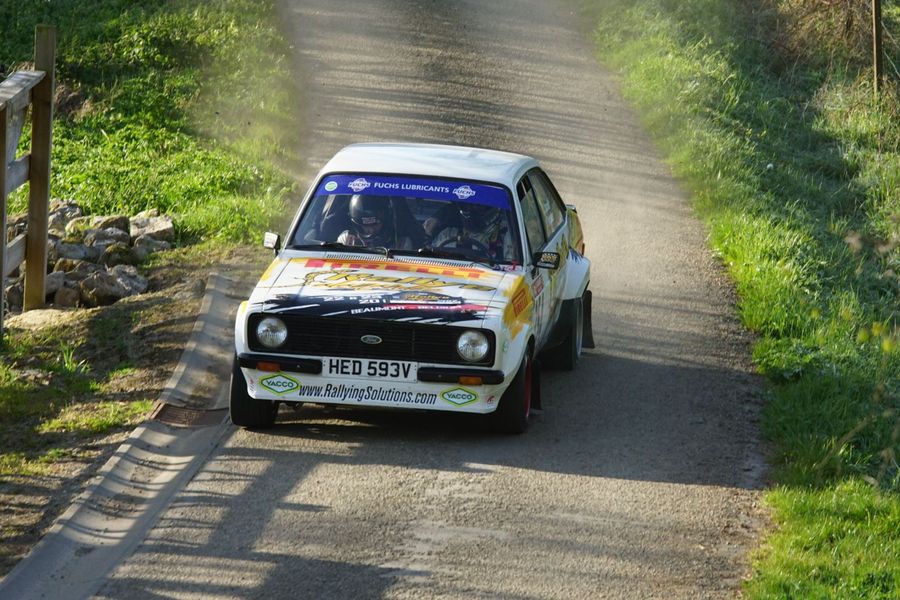 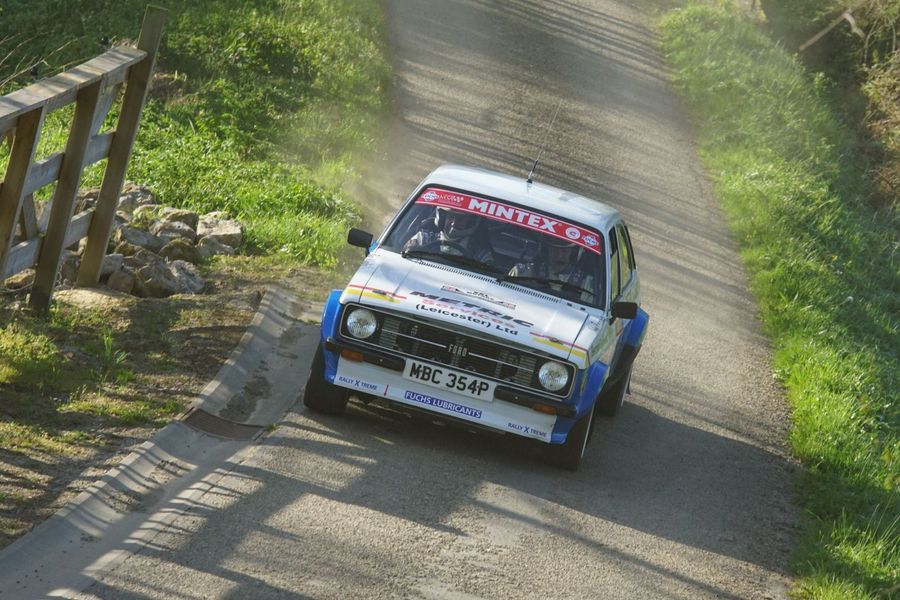 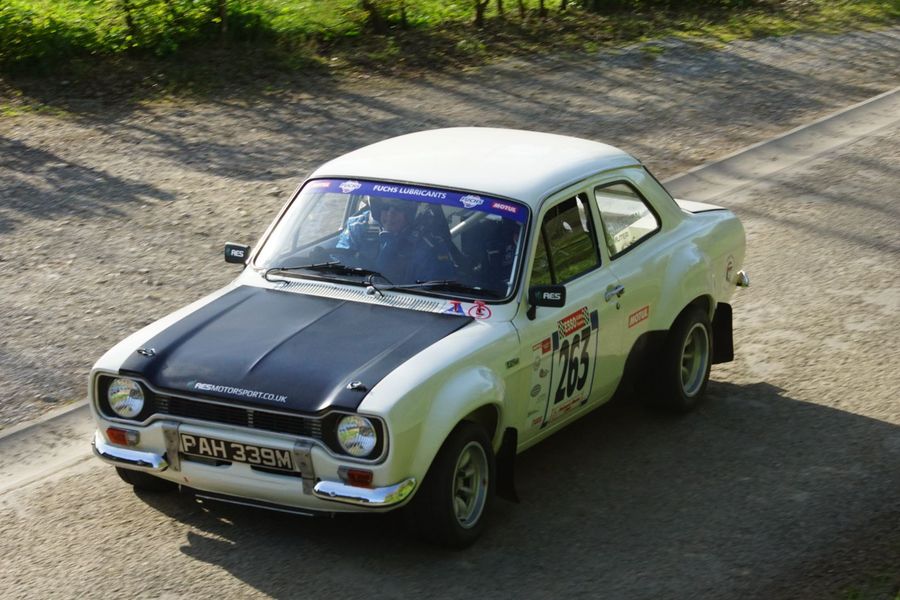 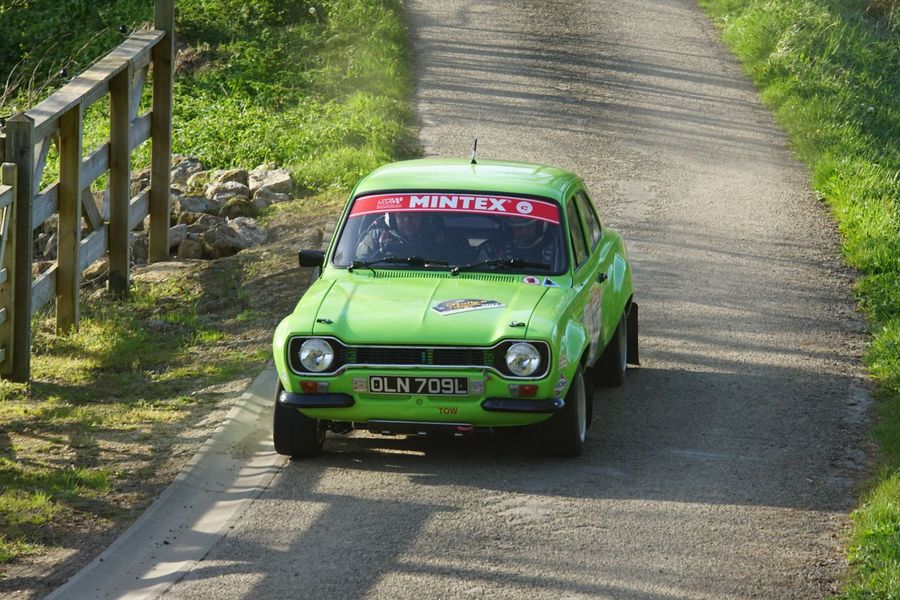 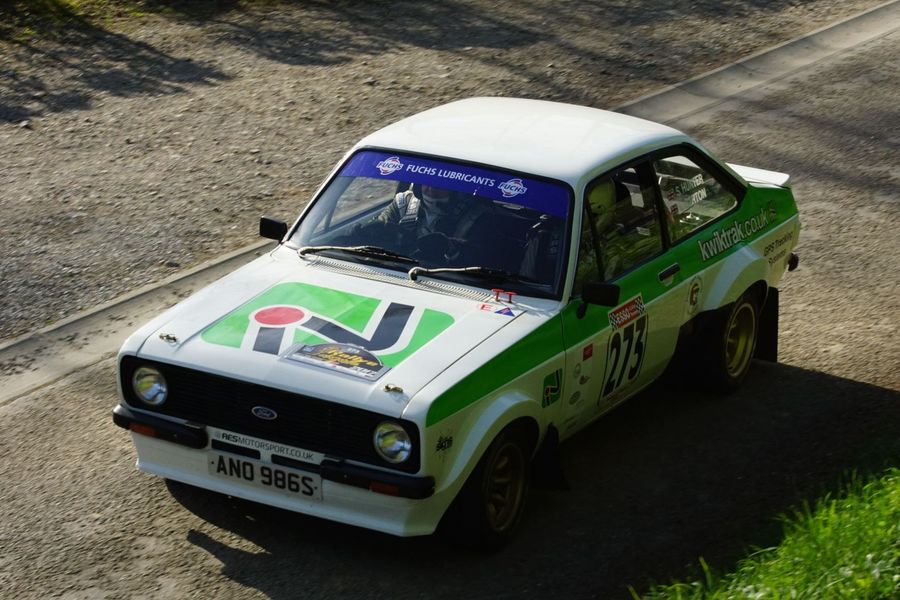 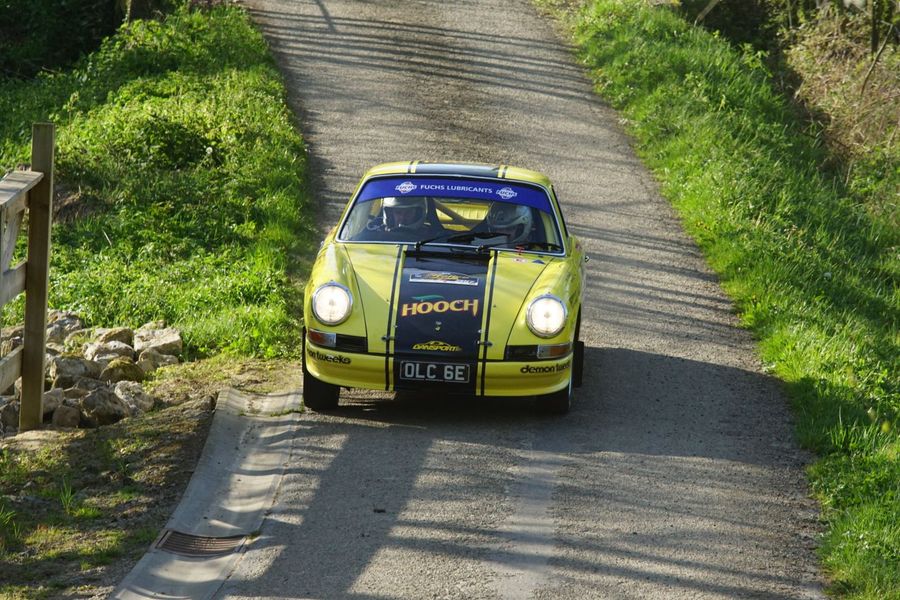 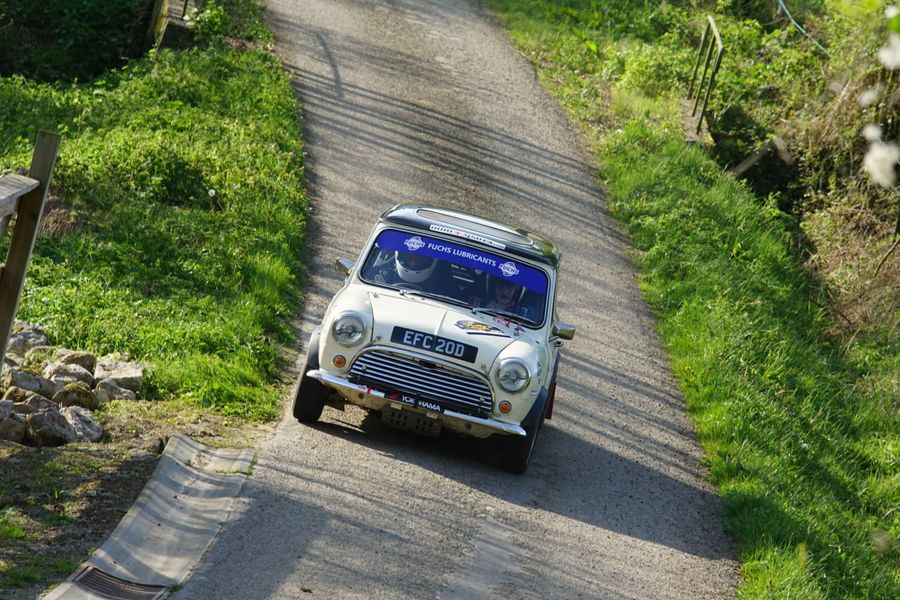 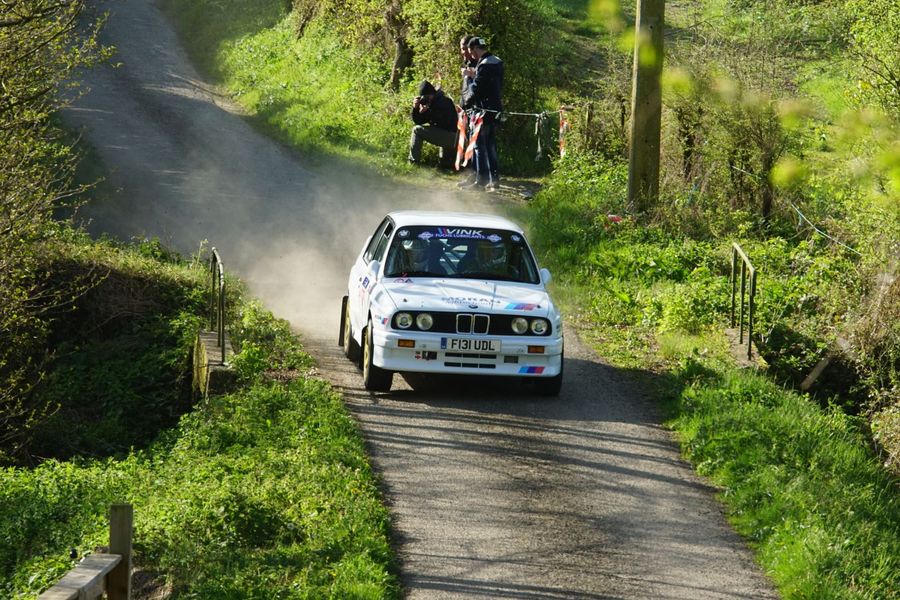 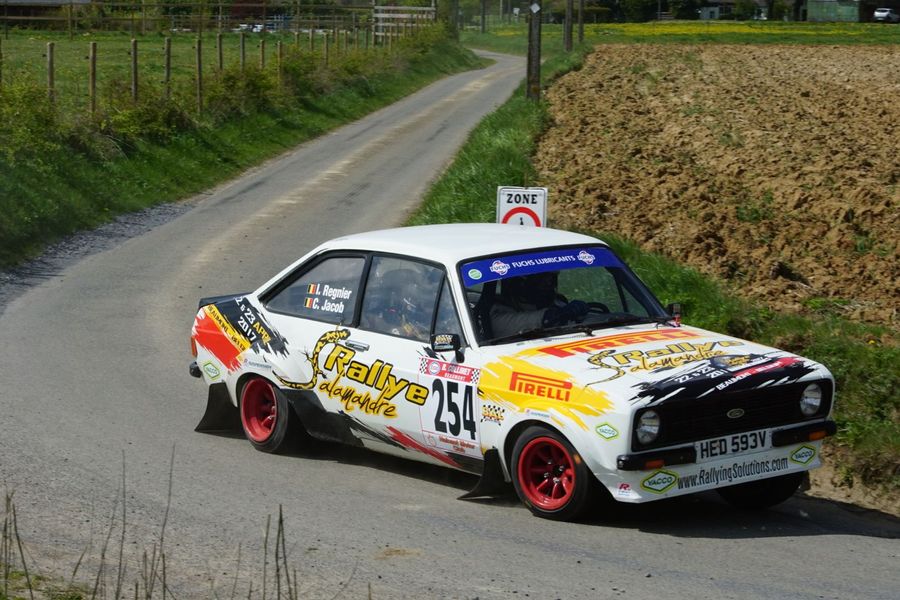 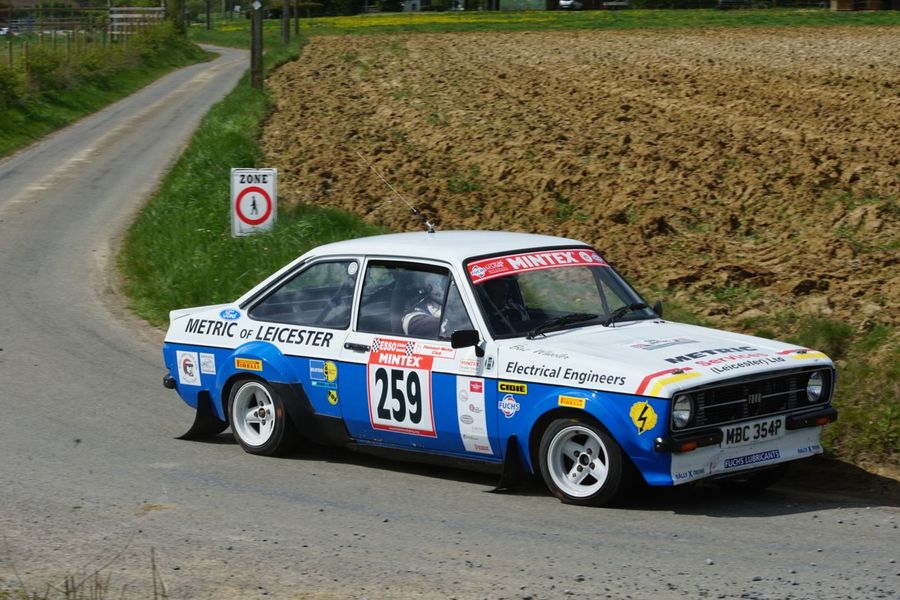 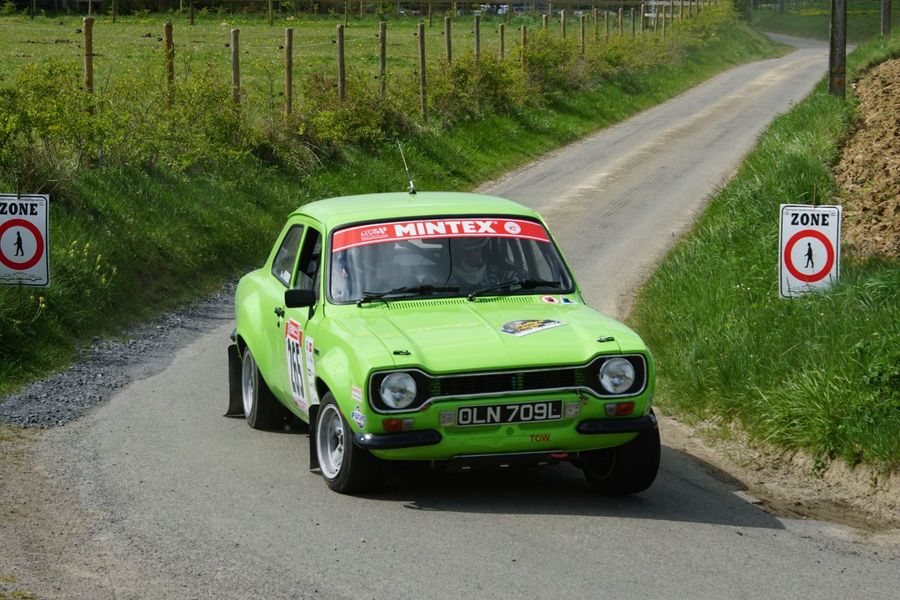 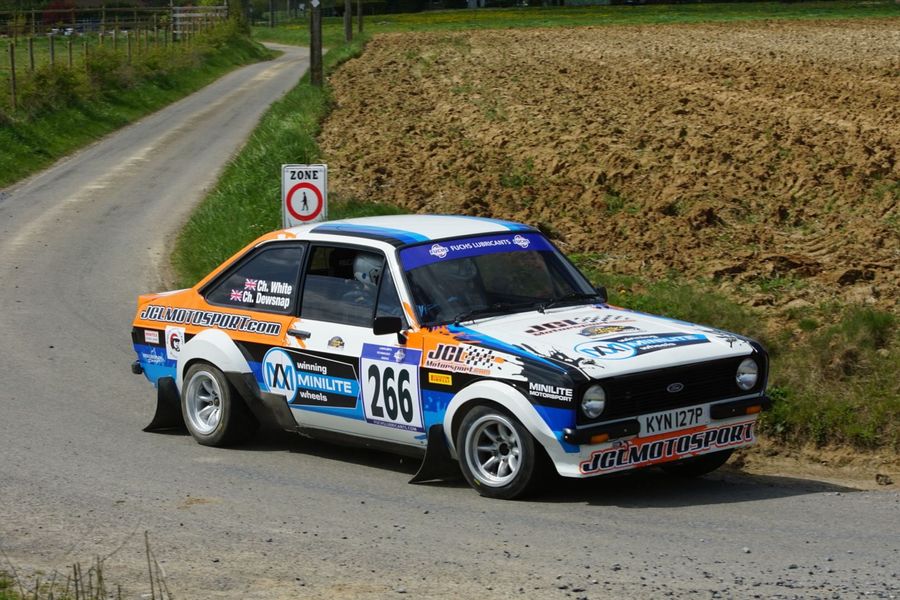 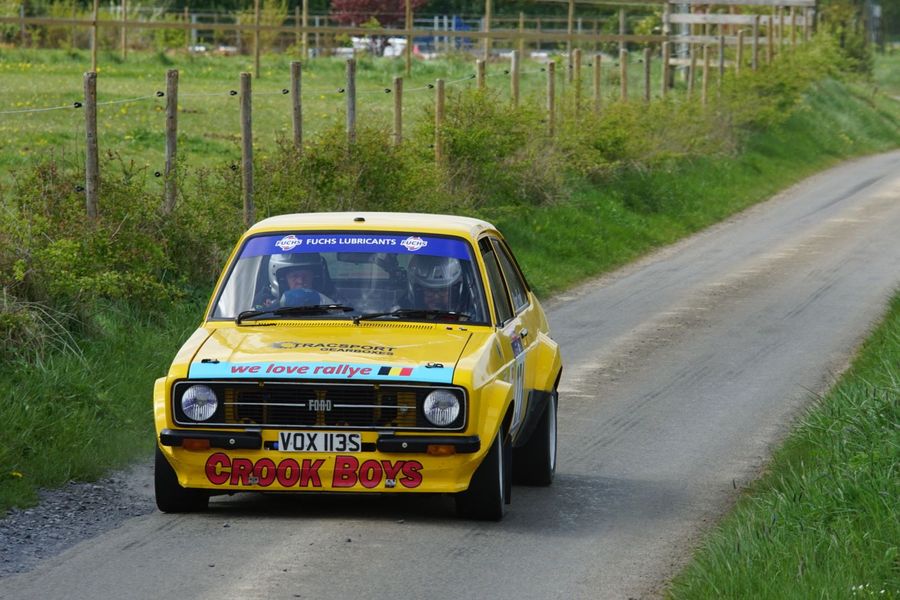 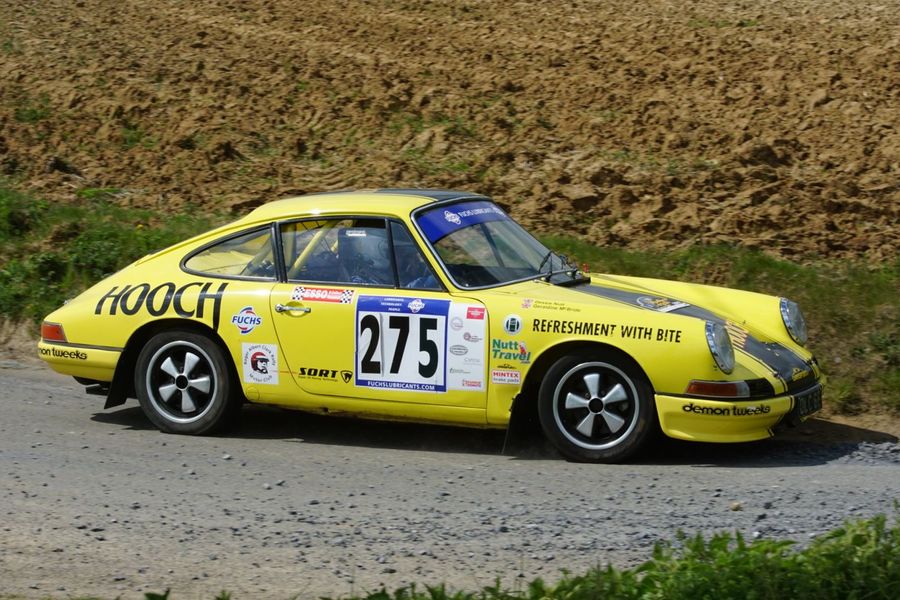 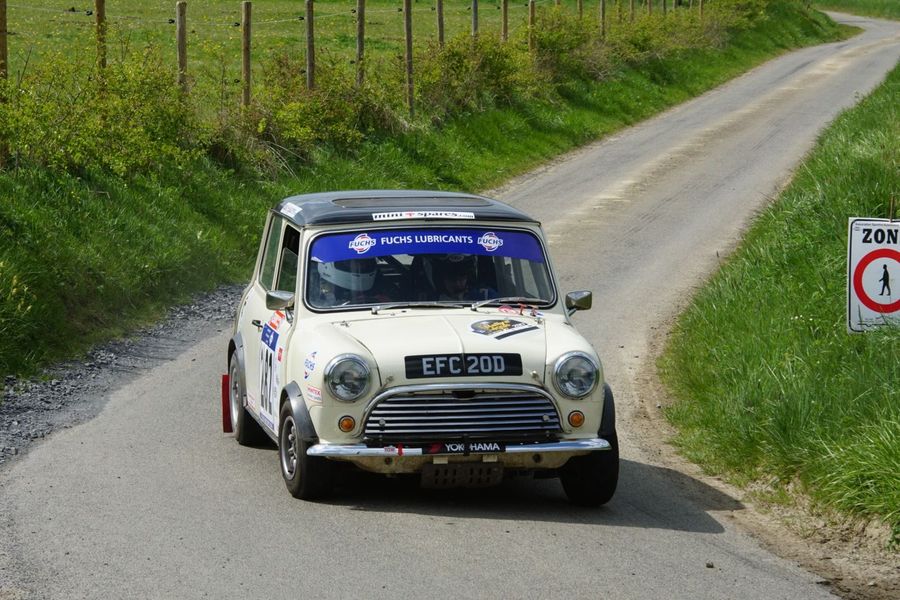 Click on the Gallery tab for pictures (many thanks to Paul Lawrence).
Simon and Alister Crook topped the 2017 Fuchs Lubricants R.A.C. Historic Asphalt Rally Championship contenders on round two on Sunday (23rd April), Rallye Salamandre in Belgium.
After a tremendous day’s sport in spring sunshine, the top three R.A.C. crews were covered by just over a minute and a half after a first class event on closed public roads around the town of Beaumont in the south of Belgium. Barry Stevenson-Wheeler/John Pickavance and Chris White/Chris Dewsnap kept the pressure on the Crooks right to the end of the rally.
The Fuchs Lubricants R.A.C. Historic Asphalt Rally Championship is organised by the Roger Albert Clark Rally Motor Club and is a dedicated asphalt championship for all categories of historic stage rally cars. The Salamandre event marked the championship’s annual foray to Belgium and the event drew widespread acclaim from the UK crews.
Maximum points for the Crooks was a popular result after major engine dramas put them out on the opening stage of the first round. However, it all came good in Belgium and a championship win was well deserved. Equally, after finishing the 2016 event in water-filled ditch, Barry Stevenson-Wheeler/Pickavance had a cracking run to second while White/Dewsnap had a first class championship debut to finish third.
It was not an entirely trouble-free rally for Stevenson-Wheeler, however, as a rapid starter motor change at service was followed by a trip through a fence and into a garden, fortunately without major damage.
Less lucky in the Capital Construction Category 2 was the Escort Mk1 of Graham Muter/Colin Watson which went out with a sizeable accident on the second stage, while clutch failure sidelined the BMW M3 of Roger Moran and Keaton Williams.
The Vintage Car Radiator Company Category 1 was dominated by the Porsche 911 of Dessie Nutt and Geraldine McBride, who had a strong and clear run on their first foray to the event. Second in the category was the Mini Cooper of Trevor Hancock and Joanne Watson, which had to tackle the final stage without a clutch.
Splitting the Category 1 cars in the overall result was the Ford Escort Mk2 of Lyndon Barton and Simon Hunter, which struggled with a misfire all day.
The Fuchs Lubricants R.A.C. Historic Asphalt Rally Championship continues with round three, the Mini Epynt Stages, on Sunday 4 June.