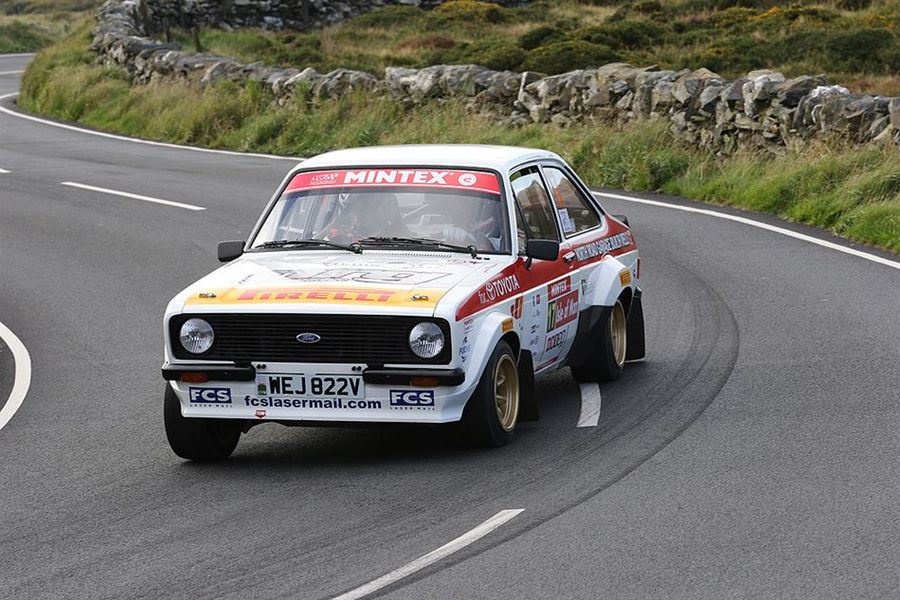 Rob Smith and Alun Cook took top honours in round five of the 2017 Mintex MSA British Historic Rally Championship, the Trim-based ALMC Stages in Ireland (Sunday 2nd July).
The championship’s first visit to the Republic of Ireland for at least 15-years marked the start a run of four asphalt rallies as the schedule heads into the second half of the season. Smith, now an established asphalt ace, joined the regular contenders for the first time this season in his immaculate RSR-prepared Ford Escort Mk2 and the Towcester-based driver came away with maximum points.
However, for leading season-long championship contenders Nick Elliott/Dave Price and Jason Pritchard/Phil Clarke it was an unfruitful trip across the water. Neither crew finished the rally and there was particular disappointment for Pritchard when distributor failure put him out when leading. The result means no change at the top of the championship leader board, with Elliott retaining a 20-point margin. Pritchard had hoped to pull back some points on the asphalt event, but will now try and do that on round six, the Harry Flatters Rally on Epynt (Sunday 30th July).
“It was a great event with some amazing stages,” said Pritchard. “The Viking Motorsport car was a pleasure to drive and we were setting top times against the modern cars.”
Leading the chase of Smith in the final result was Northern Irish crew Stanley Orr/Stephen McAuley (Ford Escort Mk1), after beating Rudi Lancaster/Guy Weaver (Escort Mk2) by less than four seconds. Orr was only a minute down on Smith after more than an hour of rallying and had to keep pushing hard to fend off the charging Lancaster. Tim Freeman and Paul Williams were not far adrift in fourth place in their Ford Escort Mk2, while Phil Jobson and Arwel Jenkins were classified fifth despite a lengthy delay.
Provisional championship points after round 5 of 9:
1 Nick Elliott/Dave Price              130
2 Jason Pritchard/Phil Clarke      110
3 Ben Friend/Cliffy Simmons       70