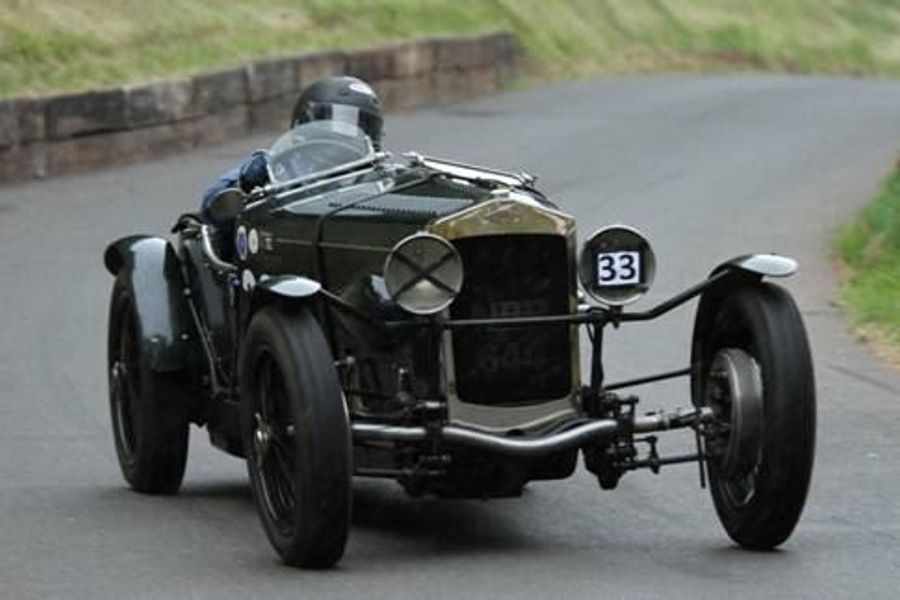 Following a highly successful trial series last year, the Vintage Sports-Car Club has announced a new  MSA-registered Sprint and Hill Climb Championship for the 2016 season, supported by M&P Insurance Solutions. The competition will take place across the ten rounds of the club’s extensive calendar of speed events throughout the year, beginning with the annual Curborough Speed Trials on Sunday 1st of May.
The Championship will also include the Wiscombe Park Hill Climb (8th of May), BARC Harewood Hill Climb (4th of June), Brooklands Double Twelve Speed Trials (18th of June), MAC Shelsley Walsh Hill Climb (3rd of July), Prescott ‘Long Course’ (5th of August) and Speed Hill Climbs (6th and 7th of August), Pembrey Sprint (20th of August), Loton Park Hill Climb (10th and 11th of September) and will culminate with the Club’s traditional season closer, the Autumn Sprint at Goodwood on Saturday 22nd of October.
Open to all VSCC members with free, automatic registration upon entry to any round, the championship will see competitors compete across the club’s traditional pre-war 16-class structure for Edwardian, Vintage and Post-Vintage Thoroughbred Racing and Sports-Cars, with points awarded within class for both scratch and handicap performance. The best eight scores across the ten rounds will count towards the final championship standings.
In addition to awards to the top three performers overall, there will also be silverware for each class winner, as well as additional prizes for the best covice – any competitor who has not competed in a VSCC Speed event before – and best driver under the age of 30-years on the 1st January 2016.
The VSCC has also announced the support of M&P Insurance Solutions, a well-established broker  providing bespoke insurance policies to a wide variety of markets, who are sponsoring the awards for the 2016 Championship.
Chris Mould of M&P says, “We are proud to be working with the VSCC and are very excited about both attending and sponsoring the awards for the 2016 Speed Championship. Our CEO, Jonathan Evans is heavily involved in motor racing and I hope to complete my National B licence this year. It is fair to say that we have motorsport running through our veins.”
MSA-registered Sprint and Hill Climb Championship Vintage Sports-Car Club Curborough Speed Trials