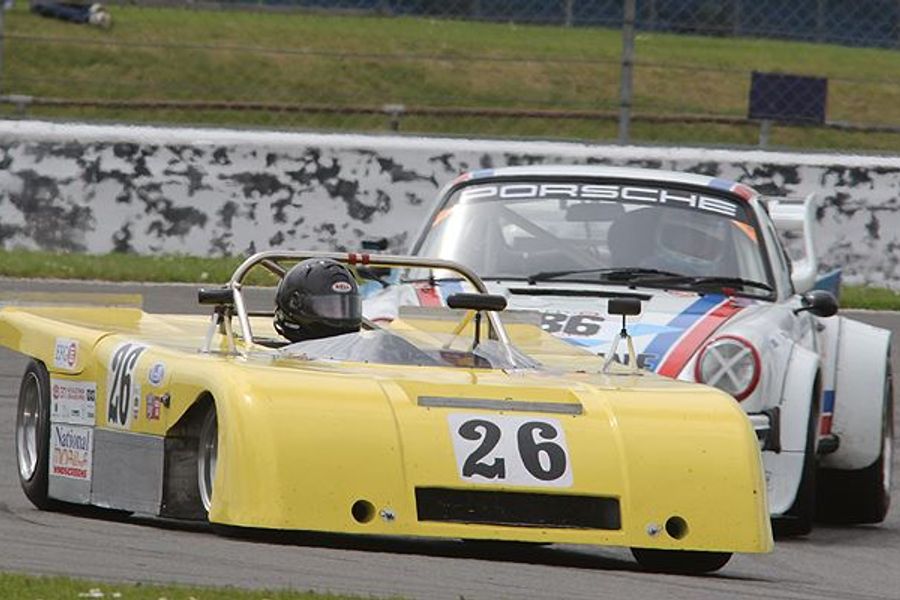 The Historic Sports Car Club has confirmed the 2017 calendar for their Pre ’80 Endurance Series. The series, which will go into its third season in 2017, is run by the HSCC in partnership with Flavien and Vanessa Marçais and will take in four mini-enduro races, covering the Grand Prix circuits at Silverstone and Brands Hatch and the spectacular Dijon-Prenois circuit in France. In addition, the Pre ’80 Endurance cars will race at the fabulous Spa-Francorchamps circuit within the HSCC Closed Wheel race during the Classic Six Hour meeting.
The Pre ’80 Endurance Series is open to sports-racing, GT and Touring Cars of a type that competed in international races up to the end of 1979. There is also a class for pre ’85 Sports 2000s. In line with HSCC custom, race entry fees will remain at very competitive levels in 2017.
The 2016 series winner was Leo Voyazides in his glorious Cosworth DFV-powered Lola T282, while other award winners included George Douglas (Martin BM7). The diverse grids included GT cars, notably the Chevrolet Corvette of Peter Hallford, and a group of Sports 2000s as well as a fabulous array of 2-litre and 3-litre sports-racing cars.
The 2017 schedule is:
May 20th/21st Silverstone Grand Prix
July 1st/2nd Brands Hatch Grand Prix
September 15th-17th Spa-Francorchamps (Belgium)
October 6th-8th Dijon Motors Cup (France)
“We’re very pleased to confirm our continued support for the Pre ’80 Endurance Series,” said Grahame White, CEO of the HSCC. “We had good grids and some fantastic cars racing with us in 2016 and we look forward to the series growing still further next year.”
HSCC Endurance Pre '80 Endurance